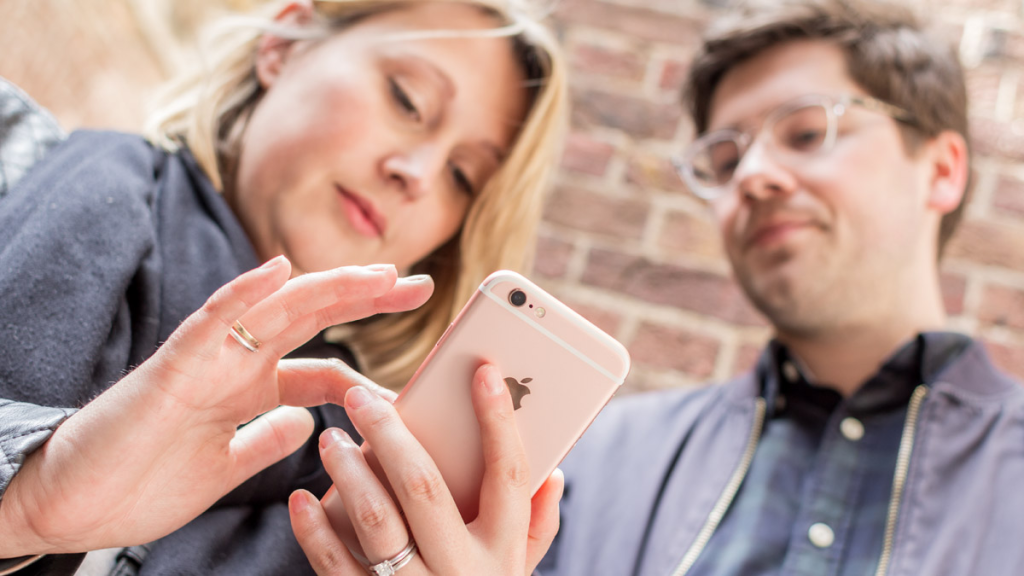 iMessage is great, but most of its functionality (including free messages) only works if you’re messaging other iPhone and iPad users. That means if you ever need to message someone on an Android device, you’re stuck sending a plain old SMS – and paying for it.

Luckily, there are loads of other messaging apps around that work across platforms, letting you message friends and family across loads of devices for free, and sometimes even with encryption included to keep what you send safe from prying eyes.

If you’re determined to stick with iMessage, then you can also take a look at our How to send an iMessage to an Android user guide. 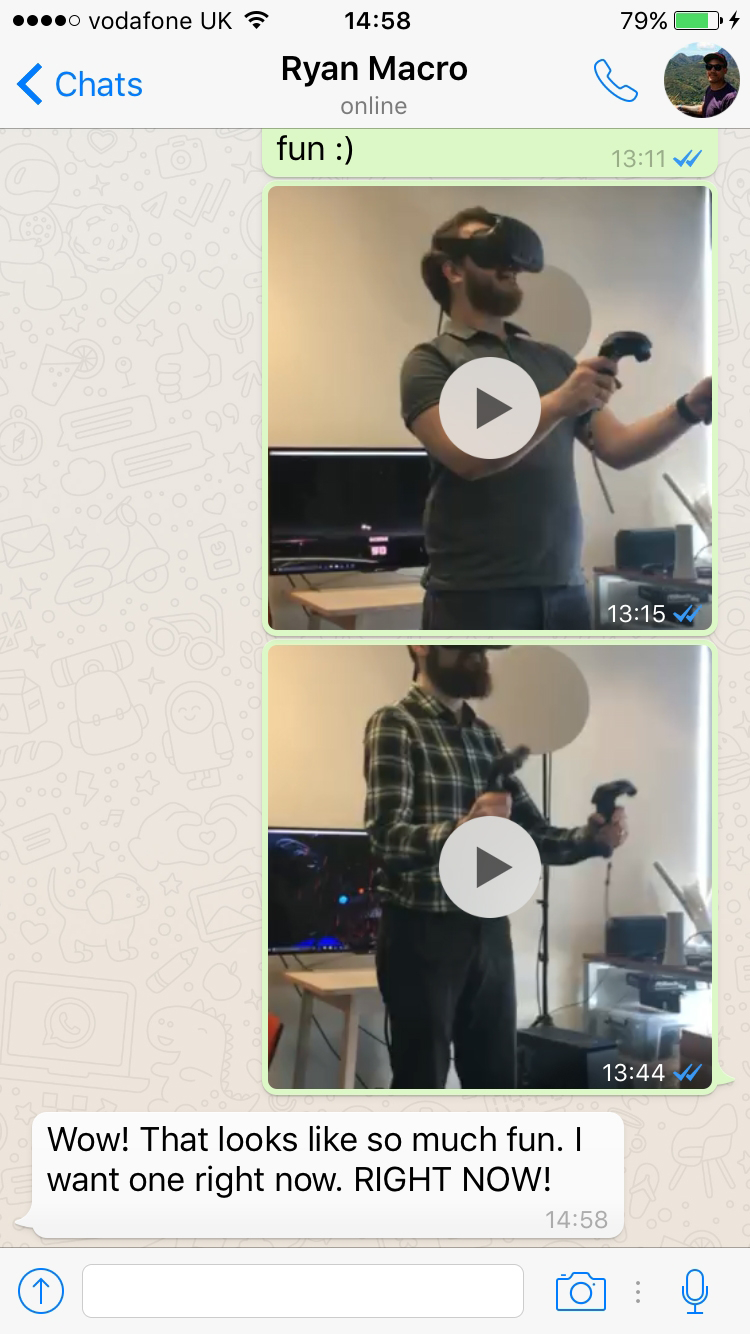 One of the most popular messaging apps is WhatsApp, which allows you to send messages, videos, pictures, audio, links and even locations to your friends or family for free over Wi-Fi or data.

One of the main advantages of WhatsApp is the ease with which groups can chat, making it a frequent choice for organising parties or events, or just chatting with friends.

It’s easy to use, and works across Android, iOS and web browsers – plus you can easily sync your iPhone to your Mac and manage all of your messages on a bigger screen. See our How to use WhatsApp on a Mac for more details. 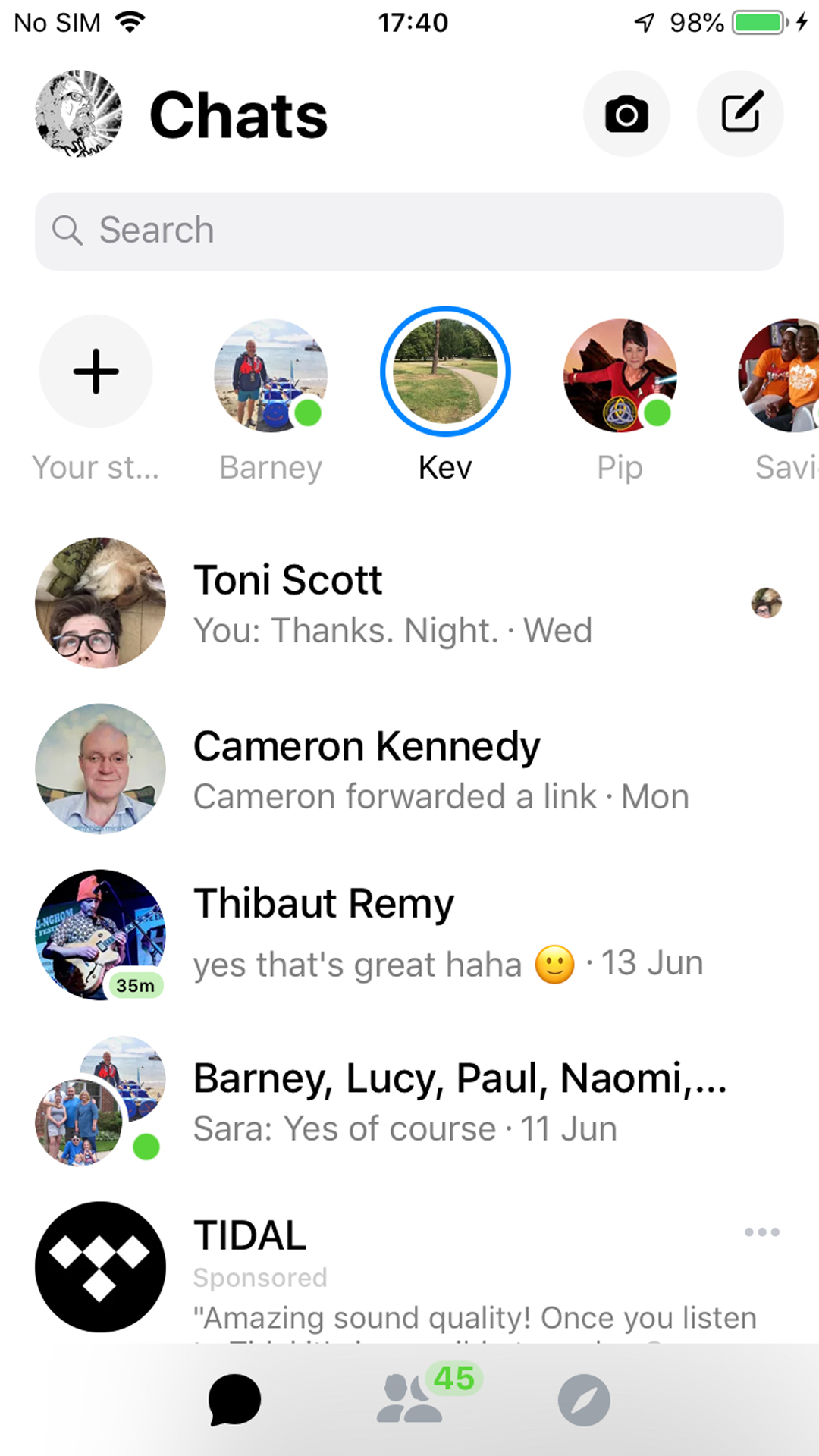 Using Facebook Messenger, you’ll be able to send messages, videos, pictures, links and more to your Facebook friends or Facebook pages within the app. You can start group chats or have individual conversations, and there are plenty of stickers and GIFs available to send too.

Videos ‘Stories’ allow you to create clips that can be edited with text and captions, plus there are a range of animations that can overlay hats, hairstyles or cat ears on your face if that’s your bag. Facebook has borrowed plenty from its other social media app, Instagram, to make Messenger an excellent way to keep up with – and entertain – your friends. 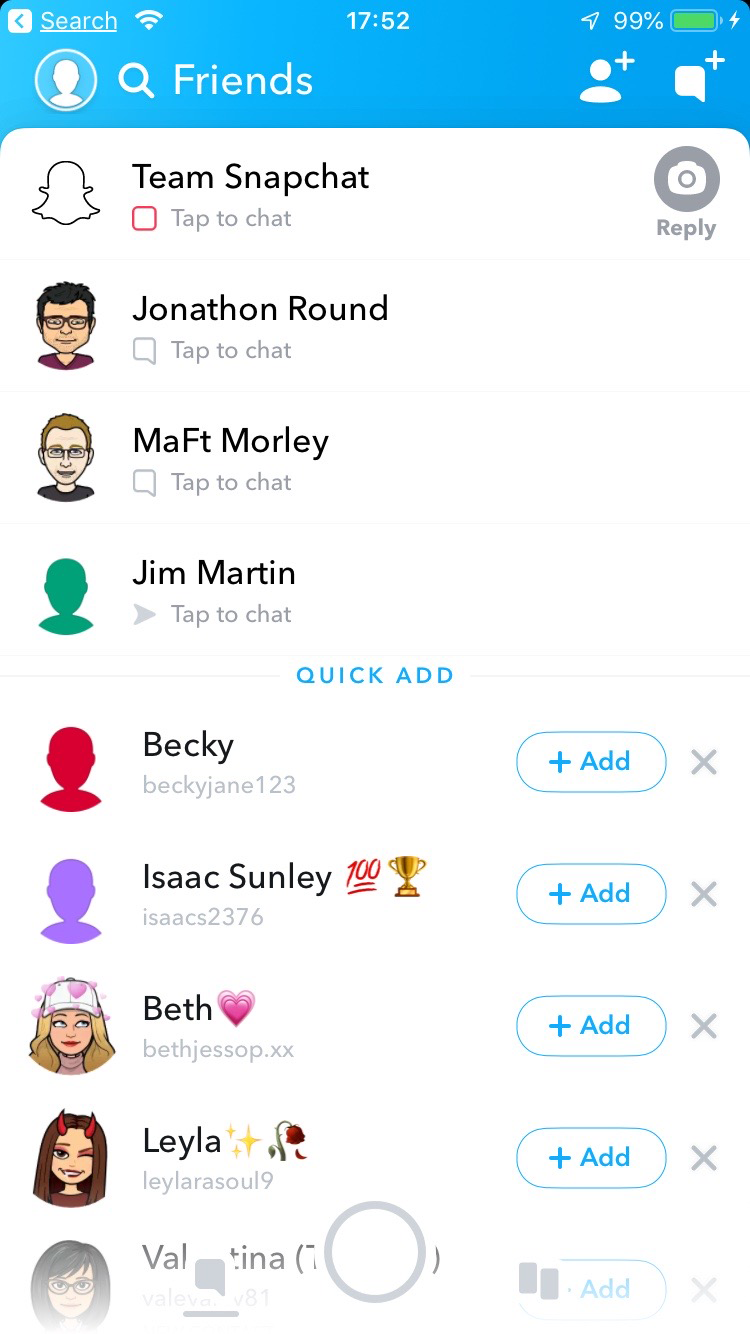 Snapchat is another hugely popular messaging app that’s found particular favour with young adults who regard Facebook Messenger and WhatsApp as apps for mums and dads. It’s different from those two in that its messages are temporary, expiring after they’ve been viewed. This can be changed, if you want to store particularly enjoyable posts, but the emphasis is on sharing thoughts, quick videos and funny snaps that are to be enjoyed in the moment.

Filters allow you to overlay various animations and silly backdrops, with new choices and features arriving on a regular basis. A recent addition is games, which can help you spend even more time staring at your iPhone.

Snapchat is great fun, although not entirely practical if you want to share important information or organise a get-together. 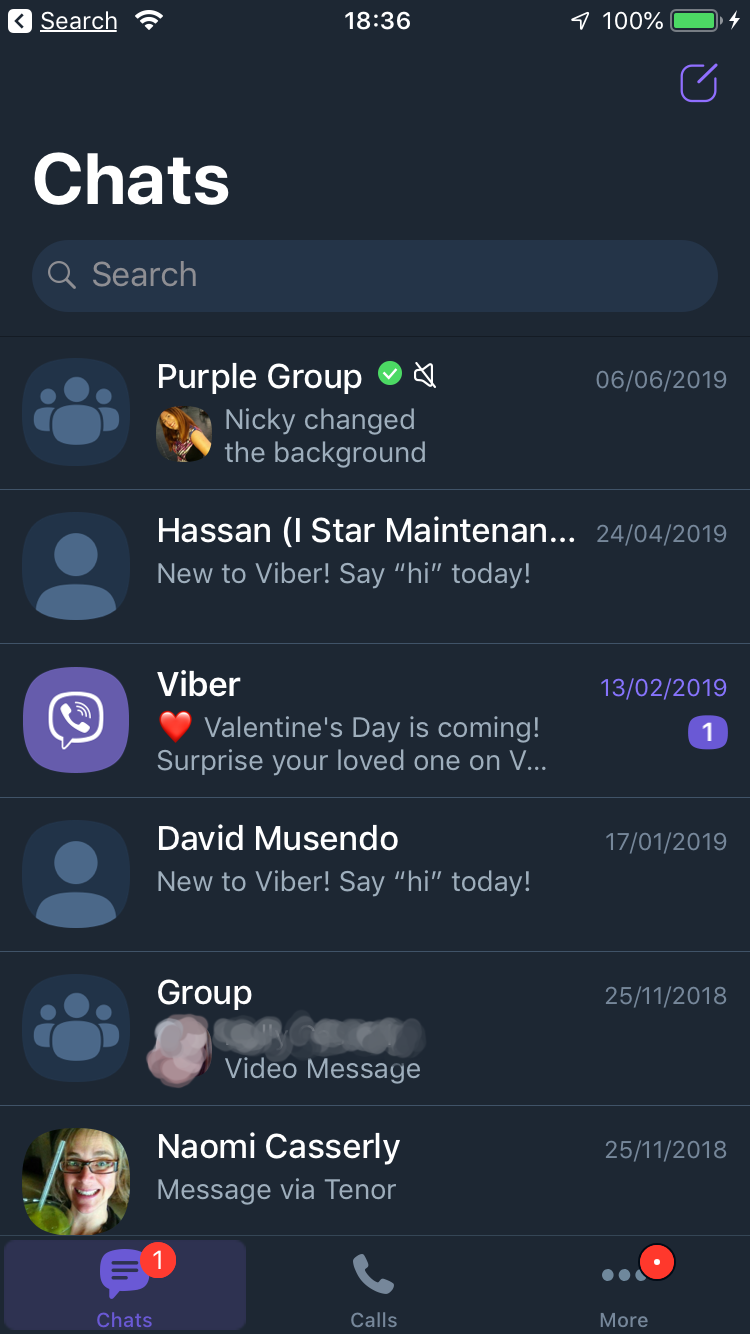 Viber isn’t in quite the same league as WhatsApp, Facebook Messenger or Snapchat when it comes to global popularity, but in some countries, such as Australia, it’s the messaging app of choice.

It’s much like WhatsApp and Facebook Messenger in its capabilities, though, so it really depends on what your friends are using when it comes to choosing between the three. You’ll get group chats, stickers, GIFs, free Wi-Fi voice calls, end-to-end encryption and more. 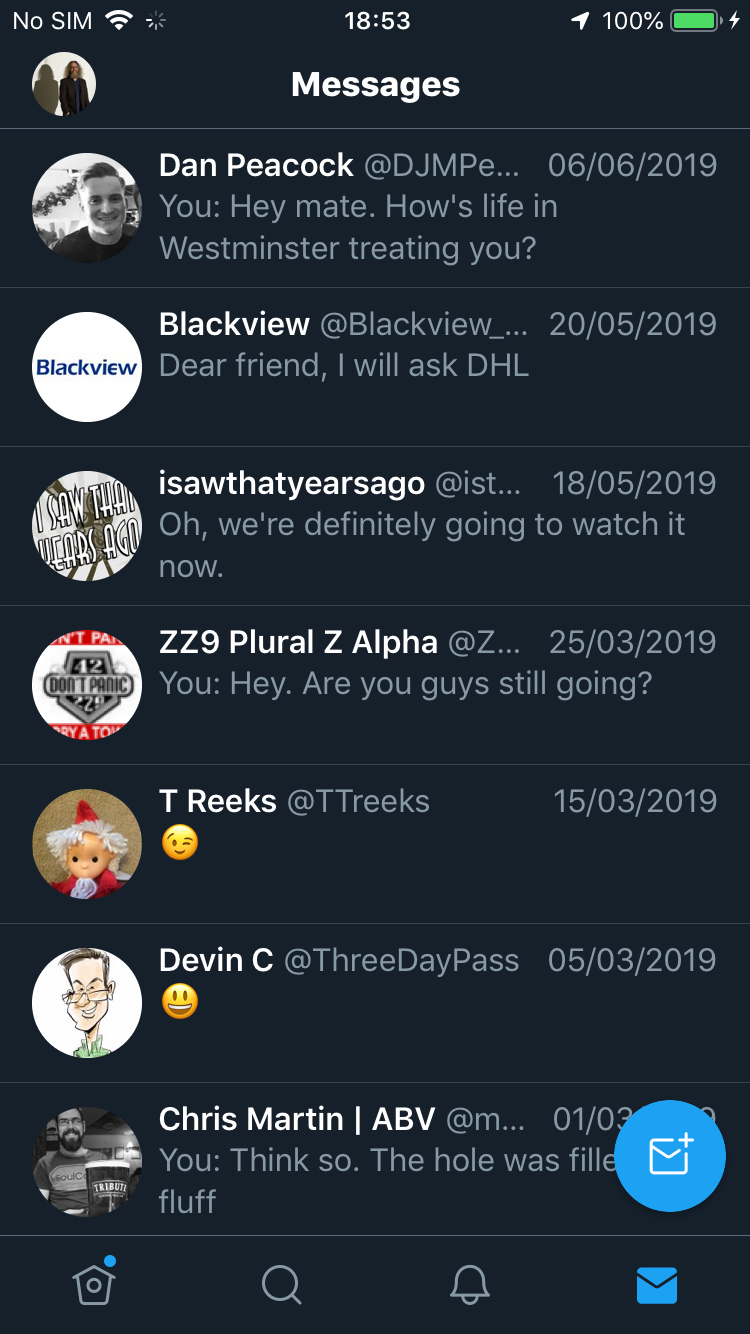 Twitter is a surprisingly effective app for messaging. The public tweet service is not designed as a messaging app, but its Direct Messages (DM) let you send texts, videos and pictures to individuals or groups that no other Twitter users will be able to see.

It’s not the most practical messaging app and it might be a bit of a controversial inclusion, but the character cap for DMs is around 10,000 characters, so it can come in handy if you don’t have any other contact details for the person you want to message. 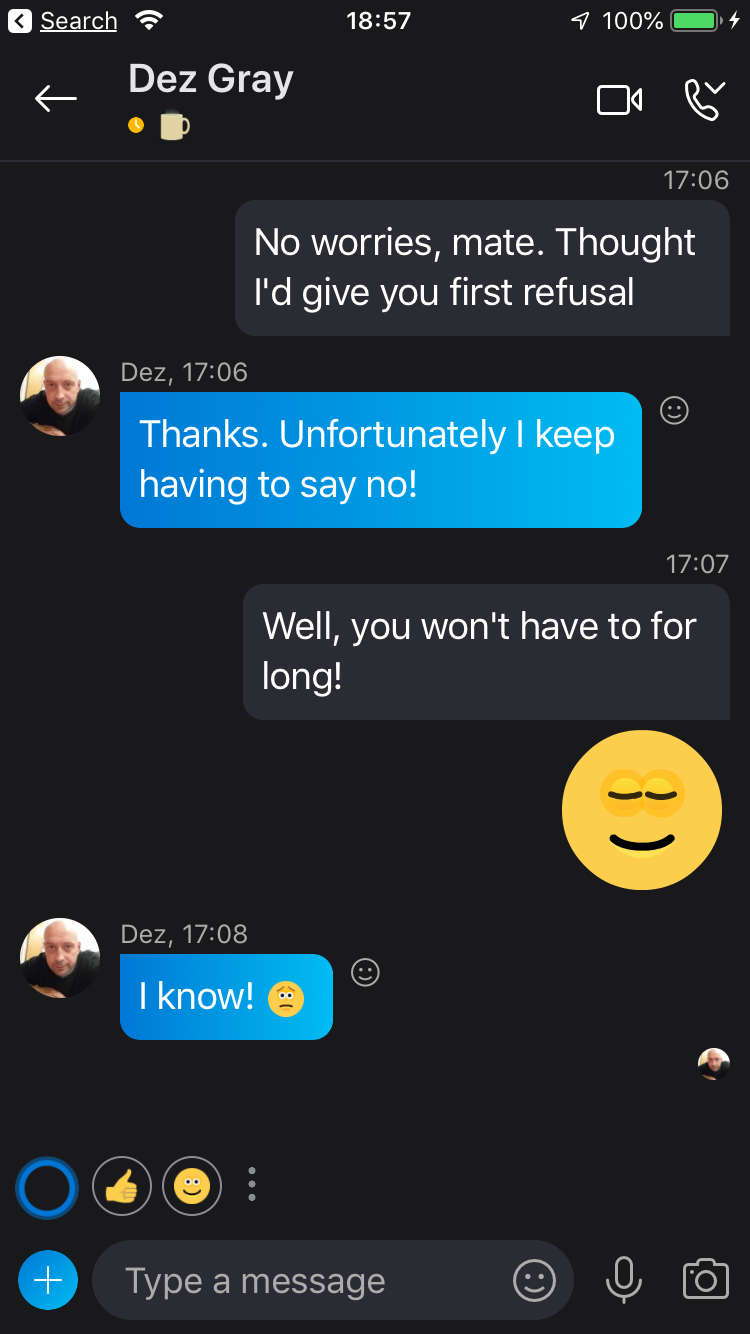 Skype is a versatile messaging app that was acquired by Microsoft back in 2011. It’s best known for its video calling capabilities, but can also be used as a messaging app to send videos, texts and pictures just like the other apps mentioned in this round-up.

You can use GIFs, Emoticons, Stickers, and Mojis to liven up conversations, and of course there’s the option to make free calls to other Skype users. 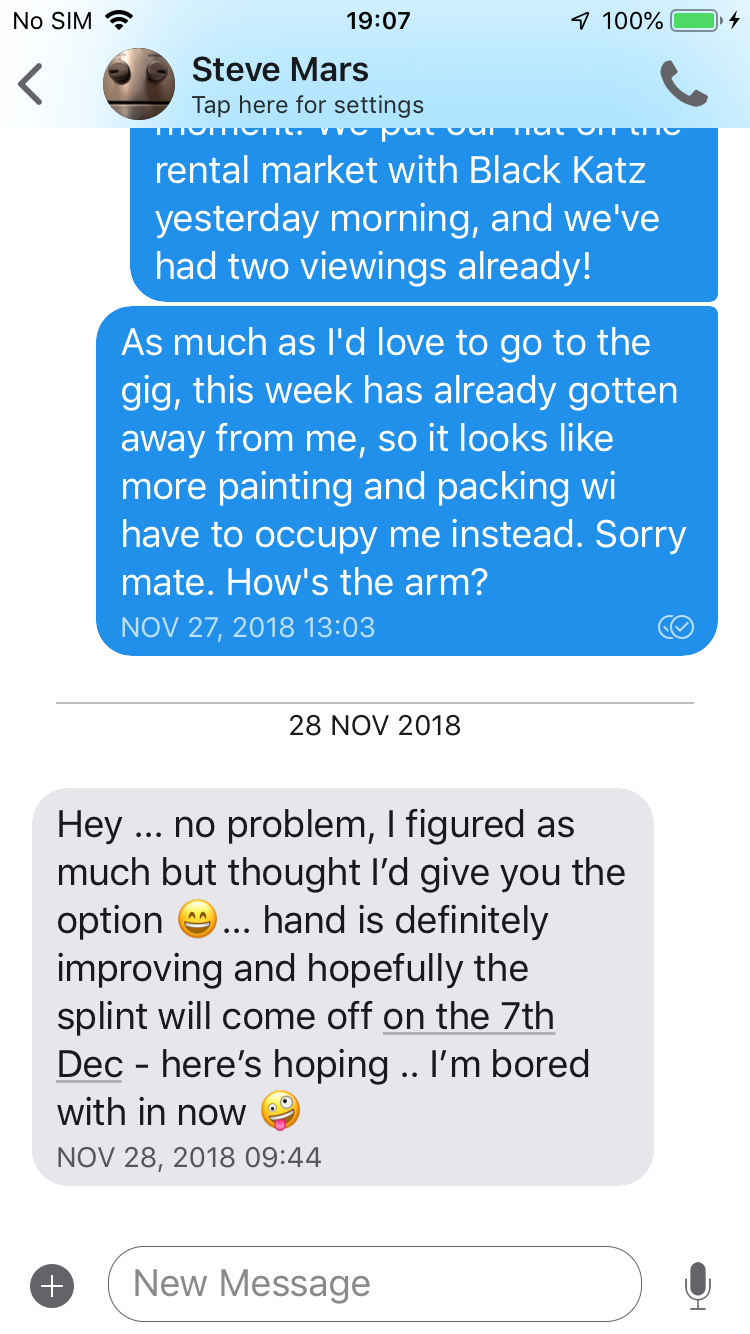 If privacy is one of your main priorities then Signal should be top of your list. The app allows you to chat with friends, create groups, share pictures and videos, all in the knowledge that your conversations are secure.

Signal utilises end-to-end encryption and its own servers can’t access your data or even store it.

If you want bells and whistles, try one of the other apps, but if you want to ensure your words don’t fall into the wrong hands, Signal is our recommendation.