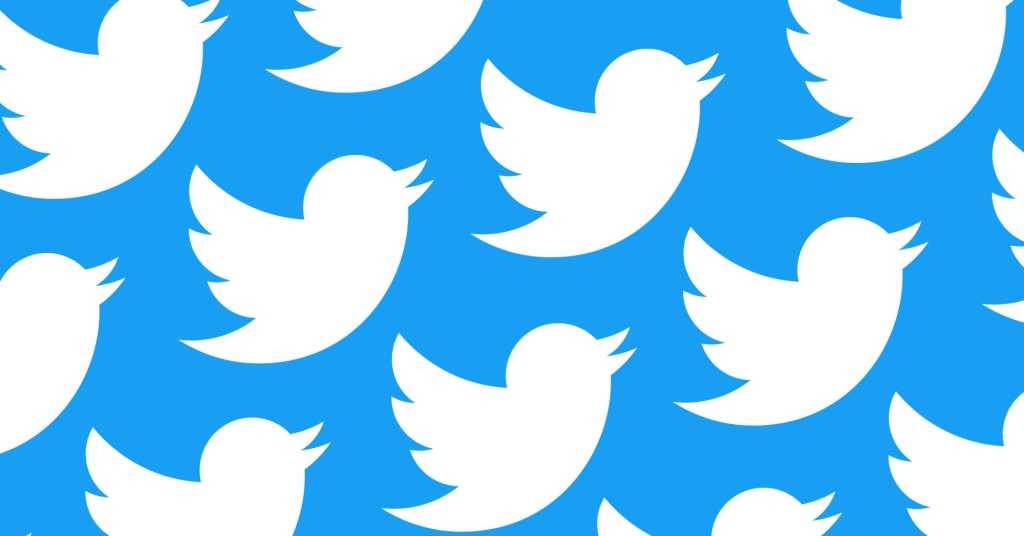 Twitter, the famous micro-blogging service that allows you to write short messages (limited to 280 characters) known as ‘tweets’, and then share them with the world, has canned the official Twitter for Mac app. What are macOS-based Twitter users to do now?

Of course, the most basic way to access Twitter on your Mac is to head to www.twitter.com and use the website. This is the most bare-bones Twitter experience, but the website is much more advanced than in previous years, so if it’s been a while since you visited you should check it out.

But for those that hunger for something more to satisfy their social media hunger, there are a handful of long-established third-party Twitter apps available for Mac. Whether you’re a casual tweeter or a Pro-level user, there’s something available to suit you – and here’s where we outline the best. 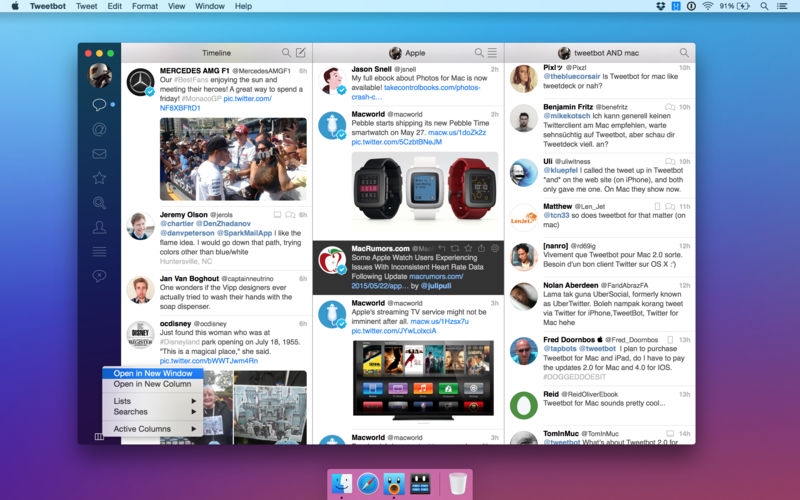 Real Twitter pros tend to lean towards  Tweetbot. At £9.99, it’s not exactly a throwaway price, although we still don’t think that’s excessive for a detailed, beautifully designed Mac app like this.

Tweetbot for Mac delivers, in our opinion, the tidiest Twitter experience available right now, and that includes the official Twitter website. Beyond the gorgeous transparent panels and redesigned profile pages, it offers a number of features for power users.

Our favourite feature breaks down your Twitter engagement on a day-by-day basis, displaying the number of retweets/faves/follows/mentions in a handy graph, as well as providing a handy tab that displays all interaction, not just replies to tweets.

It boasts iCloud sync support between the iOS and macOS apps, allowing you to pick up where you left off on either device, and you can customise notifications on a per-account basis.

Tweetbot also offers integration with an impressive number of third-party services such as Bitly, Instapaper, Pocket and Readability, allowing you to save stories to read at a later date, shorten URLs and more.

Tweet-streaming isn’t exclusive to Tweetbot, but it’s one of few apps that offers a ‘pin to the top’ feature to always display the latest tweets as they appear.

There really is a lot here for power users to get their teeth into. 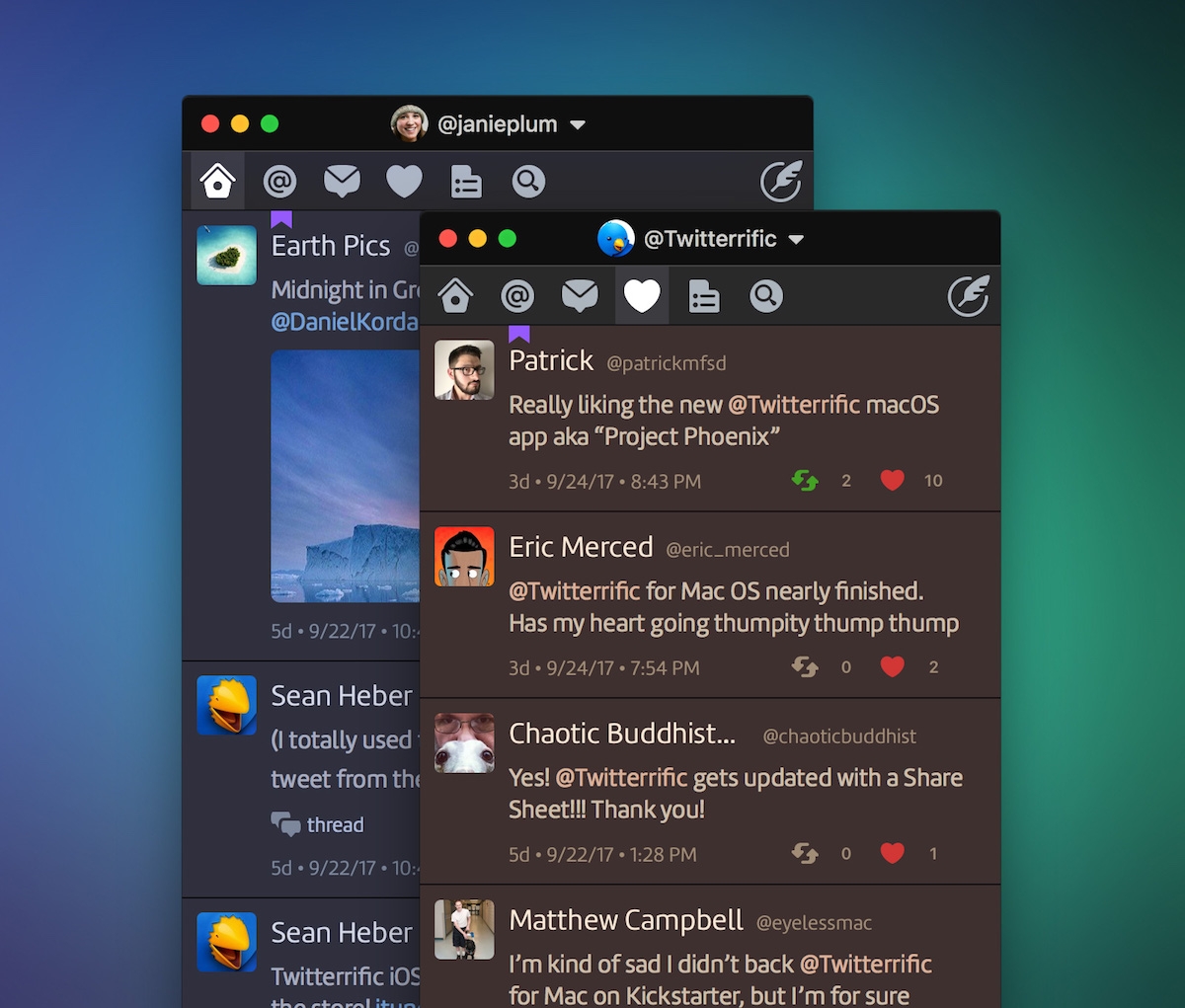 Following a successful crowdfunding campaign with over $100,000 raised, Twitterrific is back from the dead. The original Twitterrific was launched way back in 2007, and Iconfactory wanted the design to reflect this while providing a feature-set for 2018 users.

It can do quite a bit; stream tweets, sign into several accounts at once, and quickly delete and edit tweets with errors (which comes in handy quite often!) just to name a few features. What’s on offer is admittedly similar to that offered by Tweetbot, although there are a few ommissions from the list. The developers claim more features are on the way though, so this could change in future.

You can customise the theme, how images and profile pictures are displayed on your timeline and more. But, honestly, even with the ability to customise the look of Twitterrific, the UI is still a little rough around the edges compared to Tweetbot.

If you’d like to see a direct head to head between our top two picks, see Tweetbot vs Twitterrific. 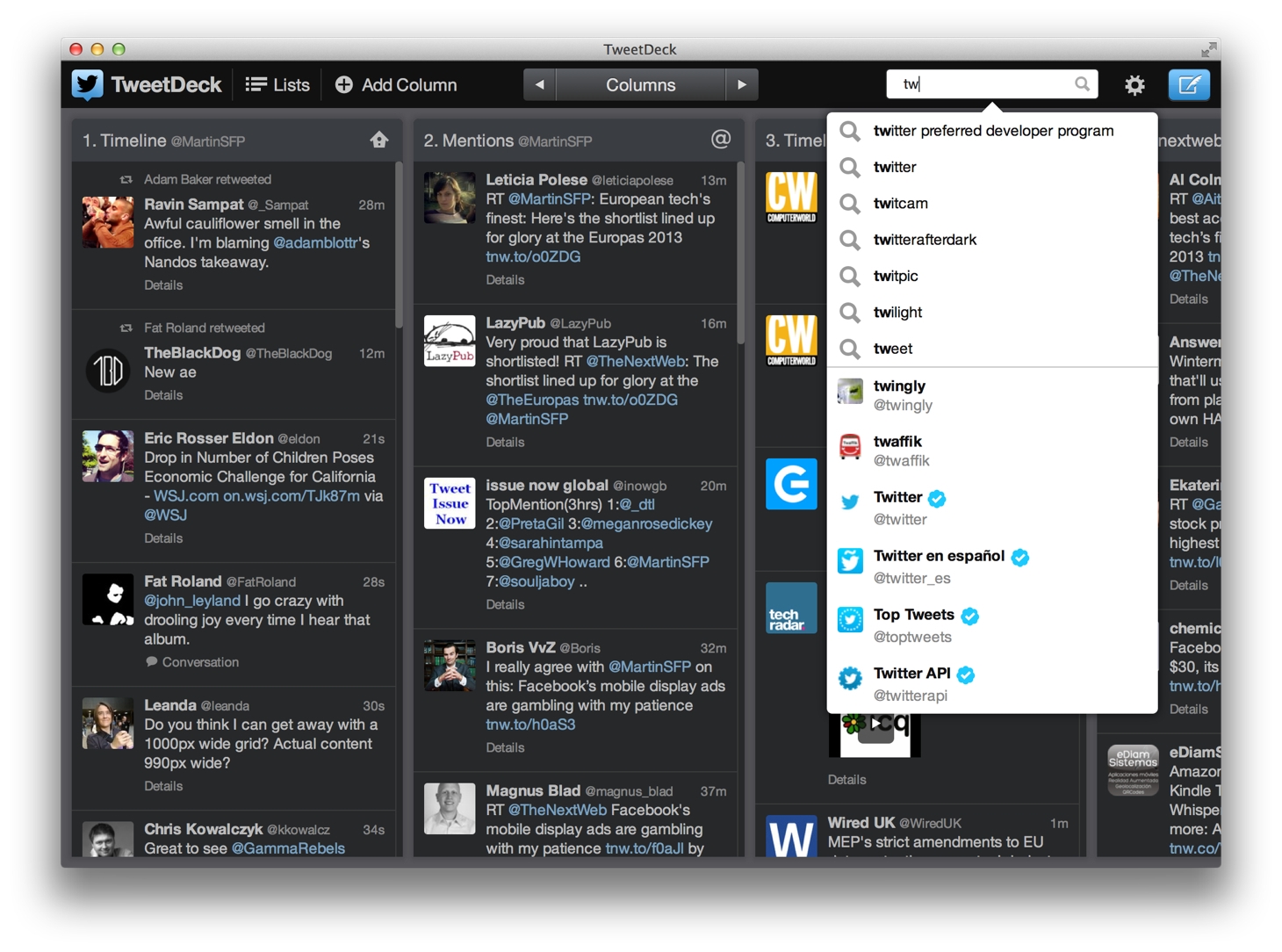 Though aimed more at pro-level users than your average tweeters, Twitterrific for Mac is the only official Twitter app still available (though since Twitter’s acquisition of the app, it has arguably gone downhill). But hey, it’s free and offers a decent list of features!

Tweetdeck displays multiple columns displaying info such as your timeline, notifications, messages and interactions. You can add multiple accounts and customise your columns so it’s better for power users who want to monitor social-media activity more comprehensively.

And, unlike with other Twitter apps on our list, you can schedule tweets in advance. This is ideal for pro users and businesses alike, allowing you to schedule tweets for times when you’re not near a computer, and provide a certain level of autonomy to your social media presence. 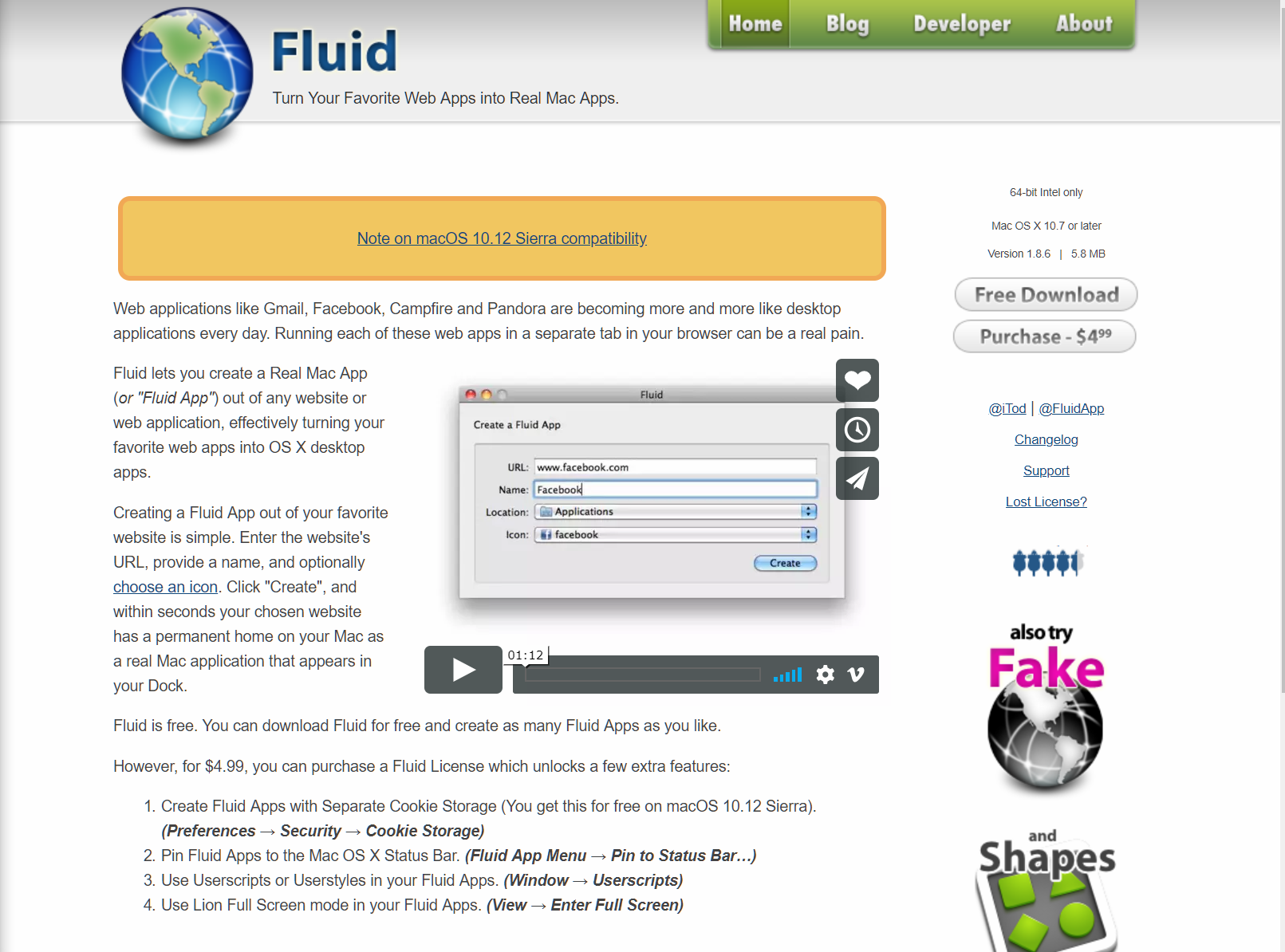 Admittedly, this one is a bit of a hack. Why? Unlike Tweetbot, Twitterrific and Tweetdeck, you can use Fluid to create a site-specific web browser. This means that you can use the Twitter website like an app, complete with an icon in your dock and a dedicated window separate of Chrome, Safari or any other browser you might be using.