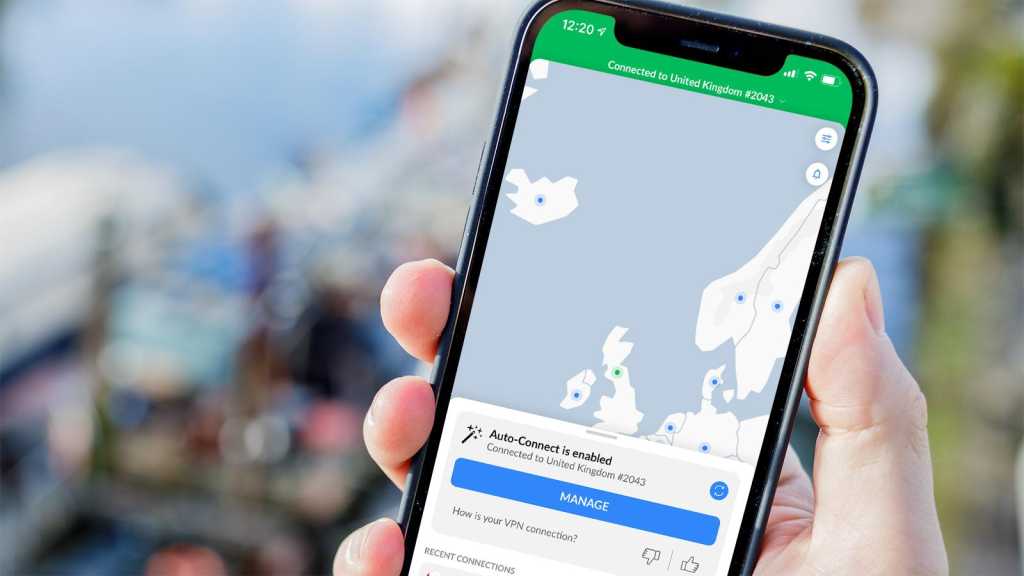 Apple talks a lot about privacy, but since Pegasus hit the headlines last year, people have begun to realize that the promises aren’t as ironclad as they thought.

A VPN won’t prevent such malware from attacking your iPhone, but what it will do is protect your privacy when you’re online. For example, your movements can be tracked by the websites you visit in Safari (or another browser), and your internet service provider can also see what you’re up to, whether you’re connected to Wi-Fi or using 3G, 4G, or 5G. Using a VPN can keep all this information private, preventing companies knowing what you buy, where you shop, what you watch, when you go to bed and where you’re going on holiday.

A VPN also hides your location, which has the secondary benefit of allowing you to access content and blocked sites: such as US Netflix when you’re in the UK or BBC iPlayer when you’re in the US. (It’s important to note, mind you, that using a VPN to get around geo-restrictions is usually against the terms and conditions of streaming companies such as Netflix, Amazon, and the BBC.)

While VPNs are a novel concept for many people, they are very simple apps to use and require no previous knowledge or technical expertise. It’s as easy as launching the app, pressing the ‘connect’ button and then launching Safari or whichever other app you want to use.

For more information, we have a separate article that explains how to use a VPN on an iPhone, and you can read our VPN buying advice. You might also want to check out our round-up of the best VPN deals, too. 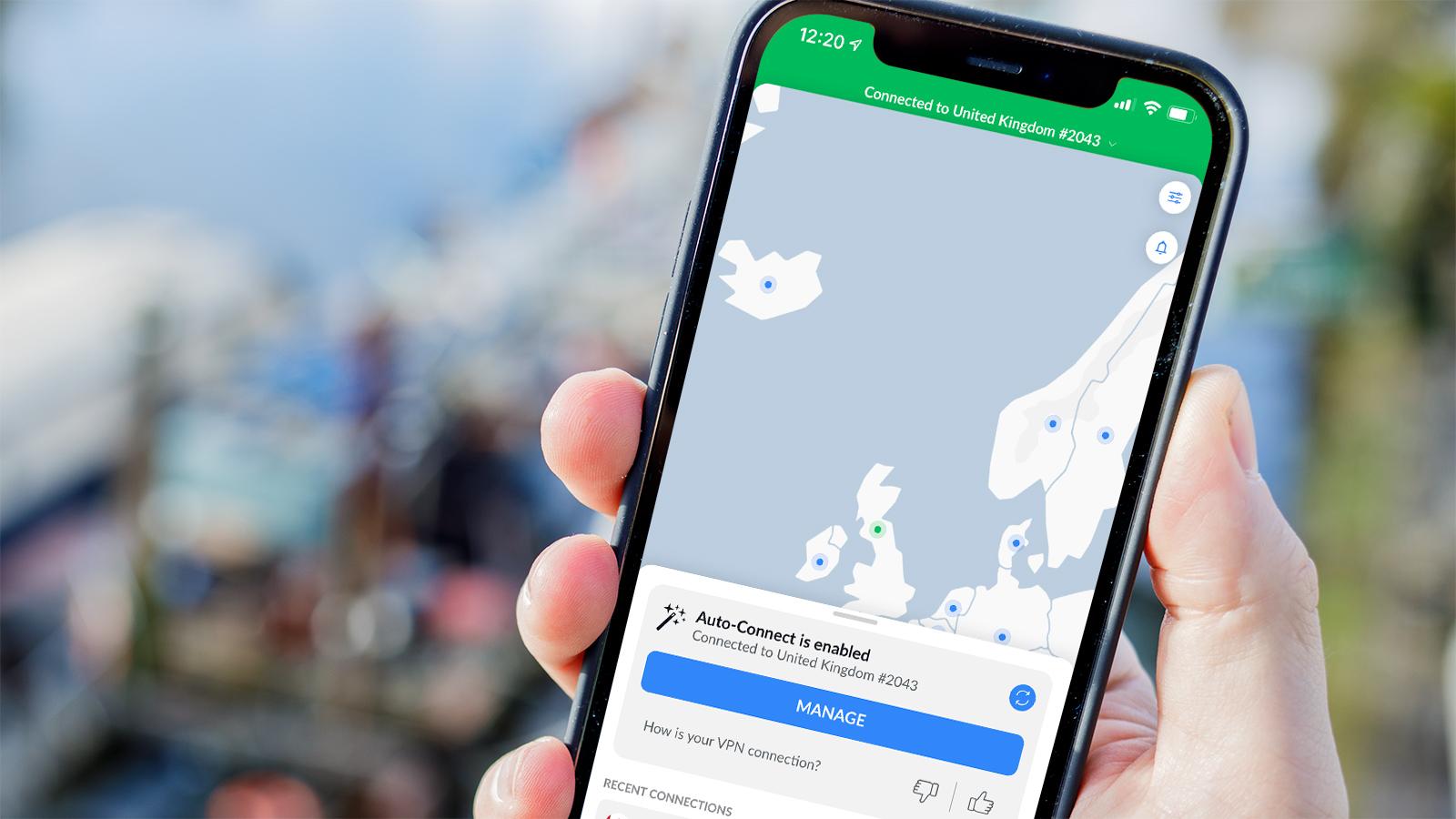 NordVPN, one of the most popular names in the VPN market, is a great all-round service. It offers super-fast speeds thanks to its ‘NordLynx’ protocol (based on WireGuard), and lots of servers around the world. And while there are cheaper options out there, Nord has a sensible price tag, including a hefty discount if you subscribe for two years.

It’s adept at unblocking popular video streaming services and will, of course, unblock websites that you can’t otherwise access.

Nord’s iPhone app looks great and is easy to use. You can have a list of your favorite servers for even faster connection, as well as configuring the app so it connects to the VPN when your phone joins an unknown Wi-Fi network.

The only missing feature is split tunnelling so you can’t set it up so only specific apps use the VPN. (Nord does offer this in its Windows and Android apps, but not on iOS.) But most people don’t need to do that anyway.

NordVPN is based in Panama, an ideal territory for privacy laws. Plus it doesn’t collect or store any information about how or when you use the service, so it would have no data to hand over even if authorities were to request it, which they won’t. These claims have been audited, too.

The service lets you connect to up to six devices at once and also has apps for iPad, Mac, Windows, Android, and Amazon Fire TV. 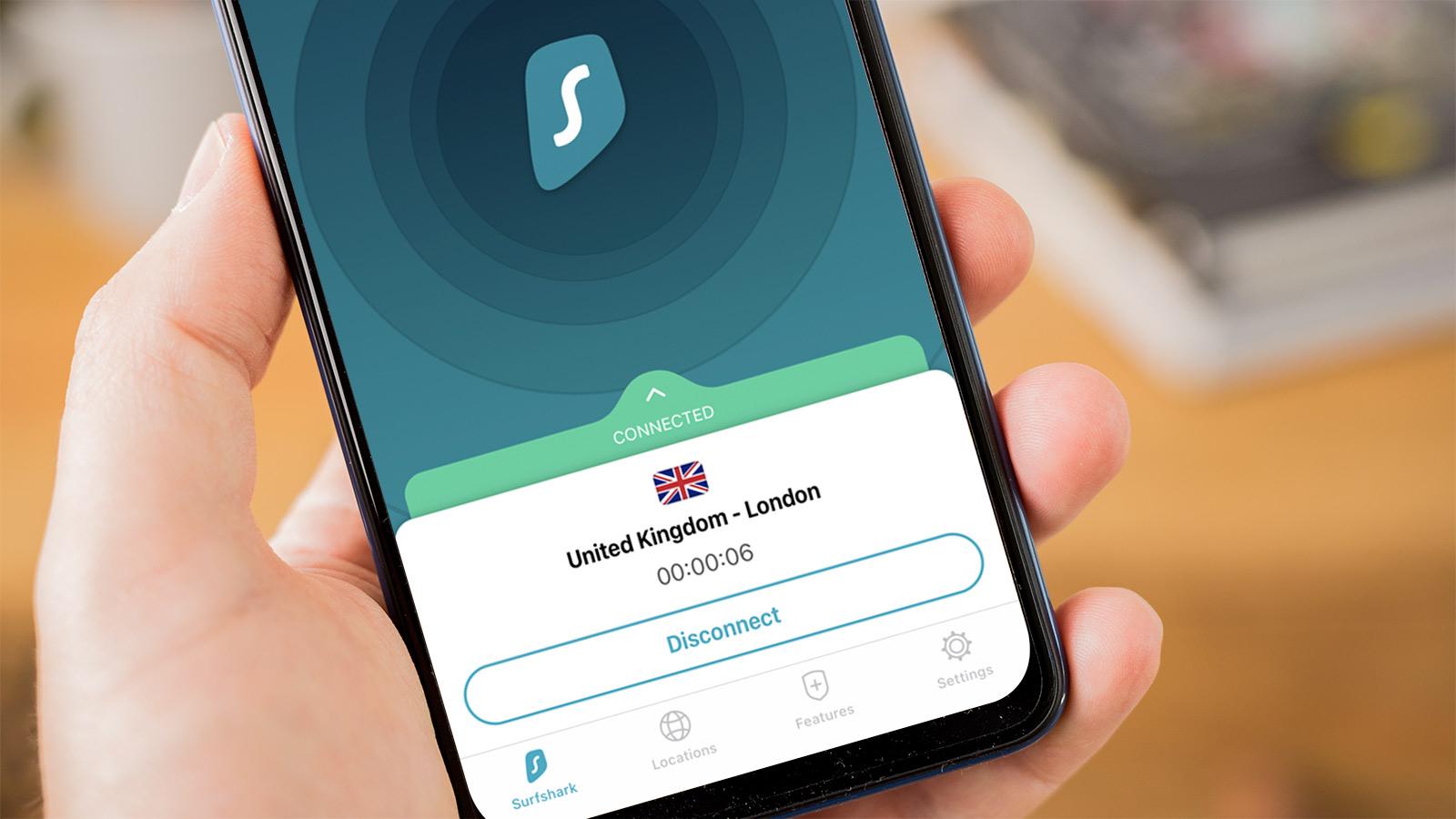 Sometimes you get what you pay for, but that adage can’t be applied to VPN services… especially Surfshark. You might think it isn’t as good because it’s so inexpensive, but you’d be wrong.

There’s a lot to like. The iOS app has a slick, simple interface which makes it easy to pick from one of the 3,200-plus servers on offer. That’s almost double the 1,700 the company had a couple of years ago: it’s constantly improving.

In fact, Surfshark has released new features on a regular basis, and is still one of the few VPN services to offer two-factor authentication. It doesn’t put any limits on the number of devices you can use simultaneously either.

It will unblock streaming services, just like NordVPN, and has a few other handy features such as multi-hop which lets you route the connection through two VPN servers in different countries for another layer of privacy. Bear in mind, however, that it doesn’t support IPv6. This means it will block all IPv6 traffic and force your devices to use IPv4.

There’s one other one black mark: at time of writing Surfshark has not had an independent audit of its no-logs policy. (The company has had a “security audit,” but that simply verified that the apps didn’t contain malware, rather than checking up on the company’s policy of not collecting a log of browsing activity.) The plan is for a privacy audit to be completed some time in 2022.

You can see the low price on Surfshark’s website. 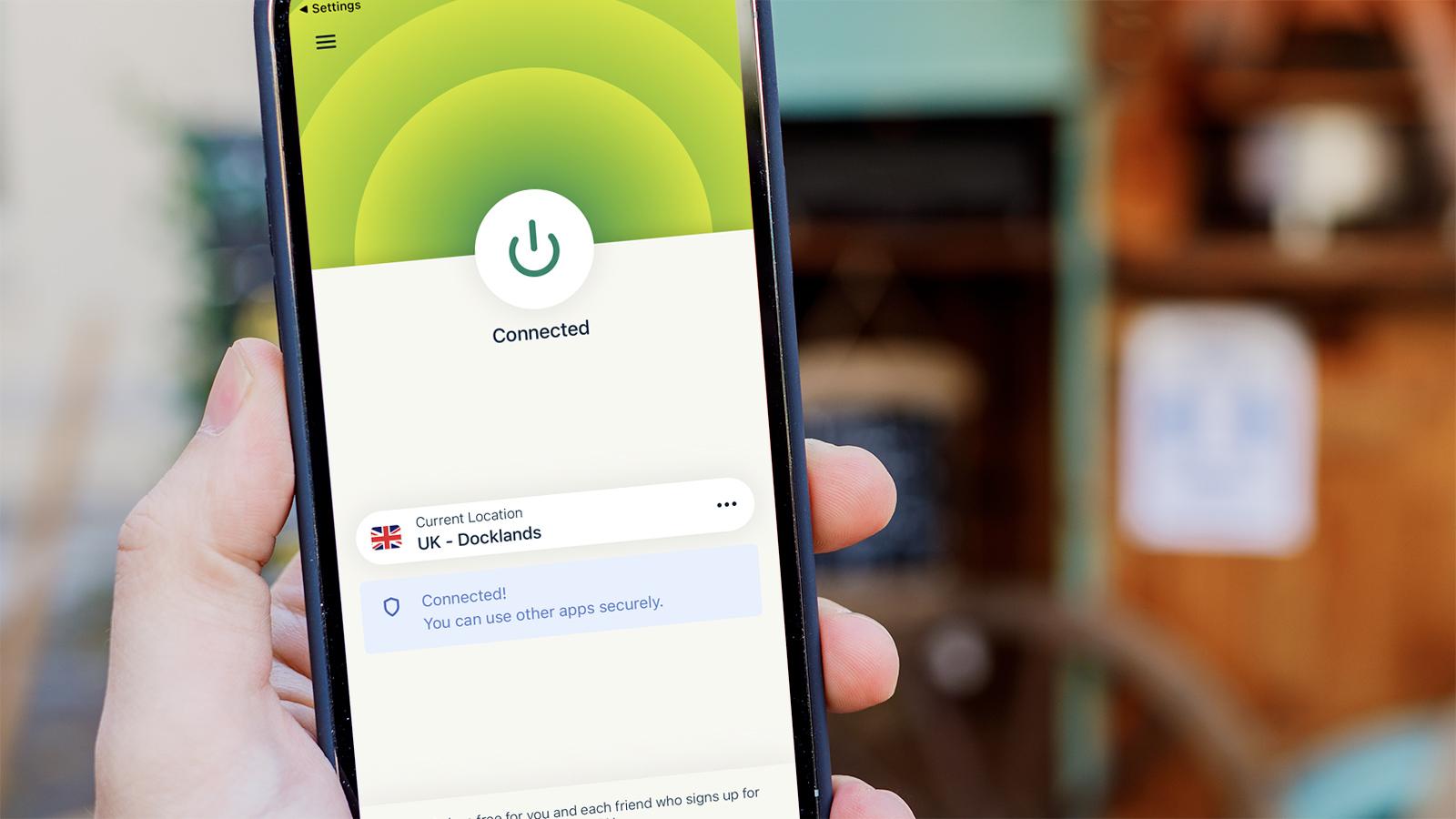 ExpressVPN is another excellent choice for your iPhone. As well as offering excellent security and privacy, it also unblocks more streaming services than its rivals, and there’s friendly tech support available round the clock.

As with the other services here, there are also apps for other popular devices, and you can use it on five of them at the same time, so it should cover the whole family. (In fact, since you can connect your router direct to the VPN, and all devices connected to that router count as only one device, it’s easy to get around the limit.)

It’s worth noting, for those who plan to use this VPN on their non-iPhone devices as well, that the login process can sometimes be confusingly inconsistent between the various apps. Once you’re logged in, however, the apps all look and feel the same, and work in the same way.

ExpressVPN is based in the British Virgin Islands for privacy reasons and, like Nord and others here, doesn’t store any data about your use of its service.

It isn’t cheap, though, costing more than twice what many rivals charge per month. The best deal is the 15-month subscription, which saves you 49% compared to the month-long option. 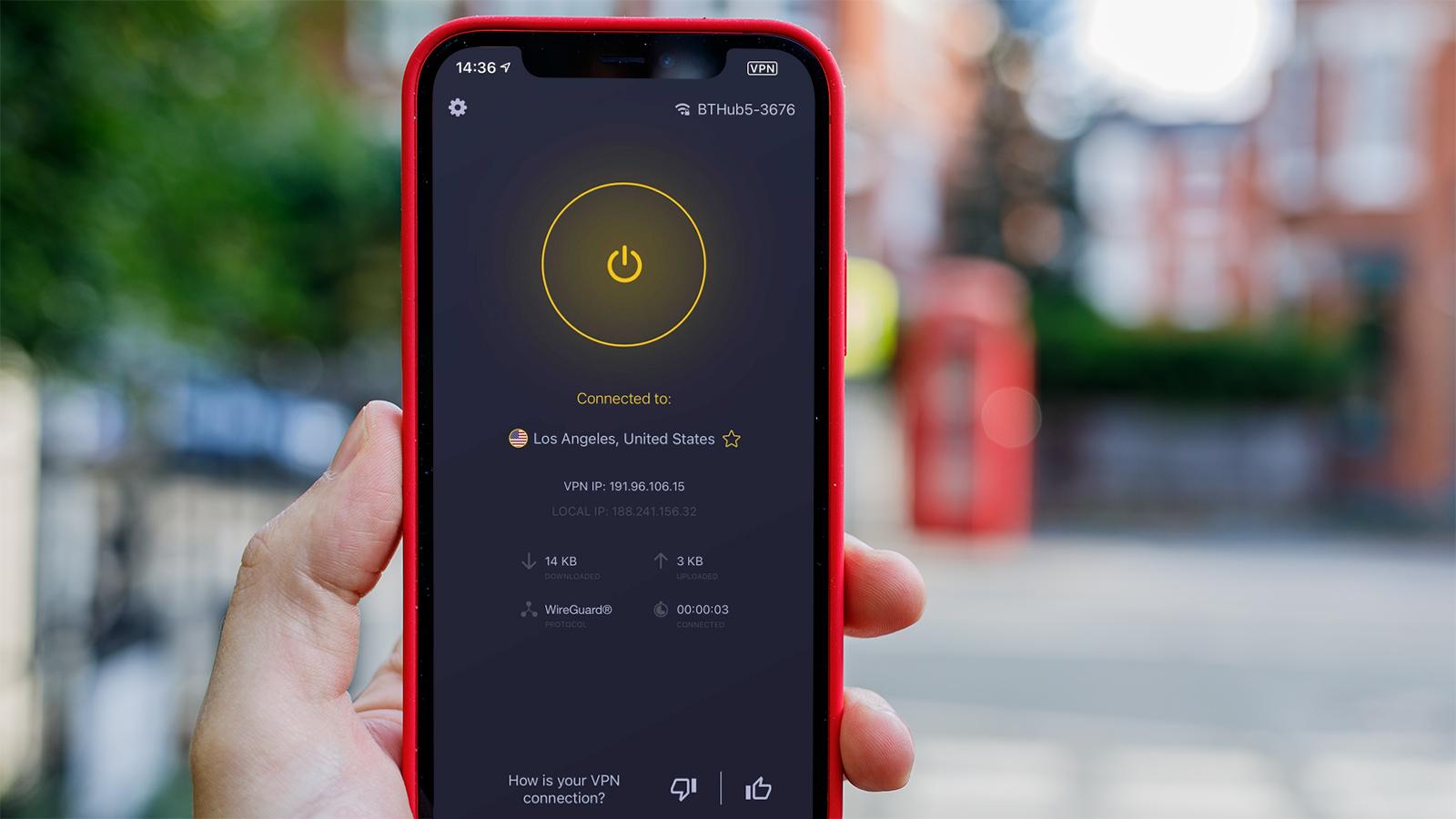 As one of the longest-running and best-known VPN services, CyberGhost is another top choice for the iPhone, as well as for other devices. It offers tremendous ease of use, and great connection speeds.

The service is particularly good for unblocking video streaming services. We have very occasionally had problems connecting to BBC iPlayer and ITV Hub, but issues with both disappeared when we used a server specifically optimised for ITV. (You get a phenomenal amount of choice here. There are 7,100 servers available to connect to 91 different countries, as of May 2022.)

The service is headquartered in Romania, which is outside the 14-eyes group of countries that share intelligence, and the company has a policy of not keeping logs of online activity. As with Surfshark, however, that policy has not been independently audited.

That aside, Cyberghost is a fine choice. 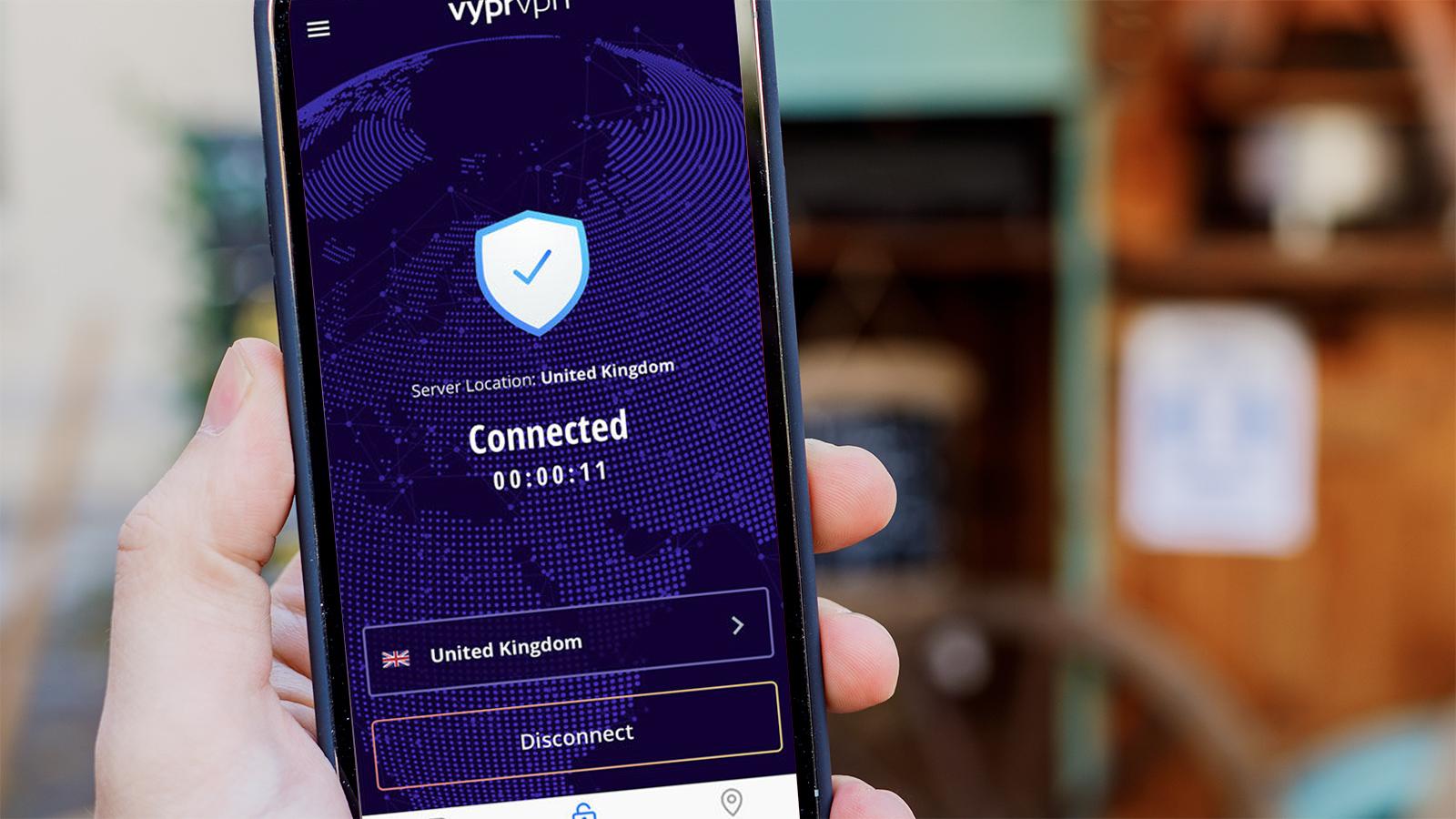 VyprVPN is unusual in that it owns and operates all of its servers and network hardware. Most VPNs rent their servers, install custom software and manage it remotely, but not Vypr.

This is why VyprVPN is a great choice for privacy, and it also offers good speeds thanks to the introduction of WireGuard. It’s also why there are fewer servers, but they’re distributed among a good number of countries, including the ones which most people want.

It’s speedy, thanks to WireGuard, and lets you have five devices connected at the same time.

Like its rivals, Vypr operates a strict no-logs policy and offers deep discounts on the regular monthly price if you’re willing to subscribe for a couple of years. 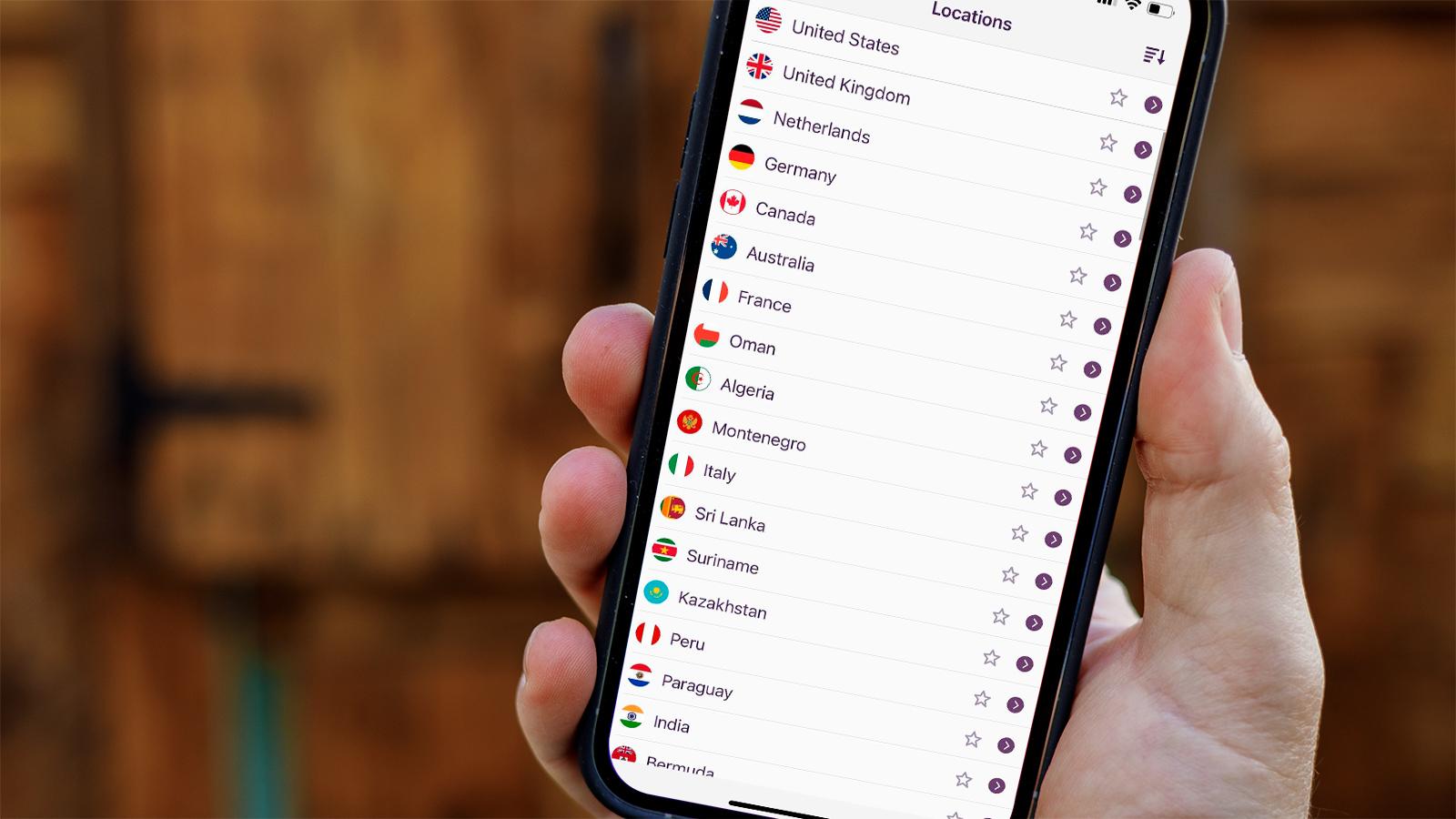 PureVPN is notable not just because it offers more than 6,500 servers, but because those servers cover a whopping 141 countries. You’re unlikely to need to pretend to be in most of them, but it could be a bonus if you do need to access something that’s not in one of the commonly covered regions, or live in one of those countries and prefer a local server for the best speeds.

The iPhone app, just like all PureVPN apps, was given a total makeover in 2021 and now looks bright and smart. More importantly, it’s quick and easy to connect to your favorite locations, and it unblocks the stuff you want to watch. That includes (when we tested in January 2022) iPlayer, ITV Hub and other UK services that some VPNs struggle with, and US Netflix and Amazon Prime.

Okay, so it doesn’t yet support WireGuard for blisteringly fast speeds–beyond most people’s internet connection speeds–but it’s more than quick enough for streaming video. Our only notable reservation is that split tunnelling is limited to Windows and Android, and isn’t available on either iPhone or Mac.

Install the app on your iPhone and you can get a seven-day trial just by entering your email address. If you like it, you’ll be pleased to hear that subscriptions are very reasonably priced. 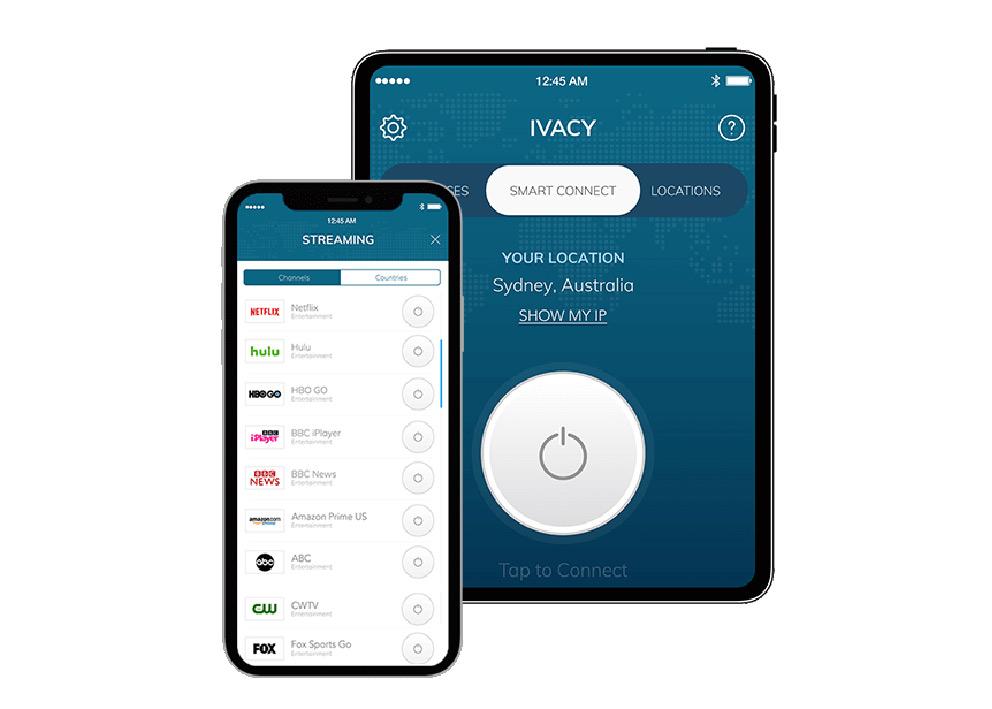 Ivacy isn’t a free VPN service, but it’s so cheap–not to mention impressively effective–that we’d strongly recommend this over a free alternative. With options like this available, there’s really no point in struggling along with the limitations of a free service.

It can’t match the very best services here for unblocking loads of video services–it wouldn’t unblock Netflix Japan when we tested it in 2021–but it did work with the US library.

Click the link above and you’ll see a five-year subscription deal. While that length of time might put you off, the up-front cost is about the same as many of the two-year deals here. So you’re paying the same money (or less), but getting access for five years. If that’s not convenient, we don’t know what is.

As well as working on your iPhone, Ivacy has plenty of other apps, and you can use up to five devices at the same time with the service.

It doesn’t have the largest number of servers and you’re not going to get the absolute top speeds, but the appeal here is value: It’s a great service with only minor niggles that you can read about in our full Ivacy review.