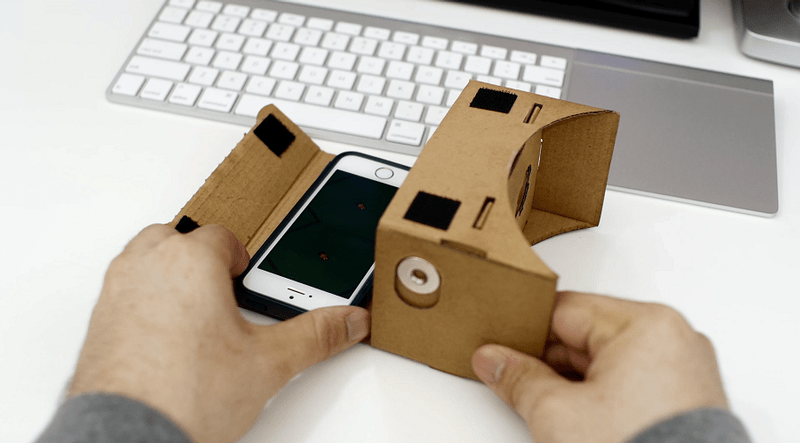 2016 was a big year for virtual reality, with many big brands including Oculus, HTC and Sony releasing virtual reality headsets, with more due for release this year. However, many these are premium options with £400+ price tags and no Mac support. So, what are Mac and iOS users to do?

While it seems that VR for Mac is still some way away,  iOS users have an option available to them – it may not be as premium as the experience offered with the Oculus Rift or HTC Vive, but provides a good example of what VR is like.

If you’re into mobile VR, you might want to take a look at our selection of the best iOS gaming accessories too.

How to use a VR headset with an iPhone: What is mobile VR?

Mobile VR may not be quite the premium experience that expensive virtual reality headsets provide, but it offers a way for mobile users to experience VR on a budget. Instead of featuring high-resolution displays, sensors and powerful internals in the virtual reality headset, mobile VR relies on your iPhone to provide the display, sensors and brains of the VR, while the job of the headset is to provide special VR lenses and a way to hold your iPhone.

The idea is that you’ll load up a VR-enabled app on your iPhone, then slot it into the headset and put it on your head. The app then uses the myriad of sensors already available on the iPhone to replicate your head movements, allowing you to look around a virtual environment. Of course, only using smartphone sensors means that it won’t be quite as responsive as premium VR and you may experience a slight lag when turning your head, but it shouldn’t be enough to induce motion sickness (an issue that VR manufacturers had to overcome in early development).

Read next:  All we know so far about Apple’s VR headset

Not all mobile VR headsets are budget though; Samsung famously manufactured the Gear VR, which is powered by Oculus, the company behind the hugely popular (and Facebook owned) Oculus Rift. The company uses Oculus technology to provide a more premium VR experience and coupled with the QHD displays of its flagship Galaxy series and a generally well-built, comfortable headset, it provides a great mobile VR experience. The only issue is that the Gear VR is only compatible with Galaxy S6/S6 Edge or newer devices, so iOS users are out of luck. There are other alternatives though, which we discuss below.

If you’re stuck for VR app ideas, there’s a variety VR-enabled apps already on the App Store, including the likes of  Sisters, a relatively short but scary VR experience and  Vangard V, a single level space-shooter. Most VR apps are free, but you may come across a handful of paid, premium experiences too – we’ve listed our favourite VR apps for iPhone here.

Read next:  Why you can’t use Oculus Rift with Mac

Last updated to include the Carl Zeiss VR One Plus mobile viewer. 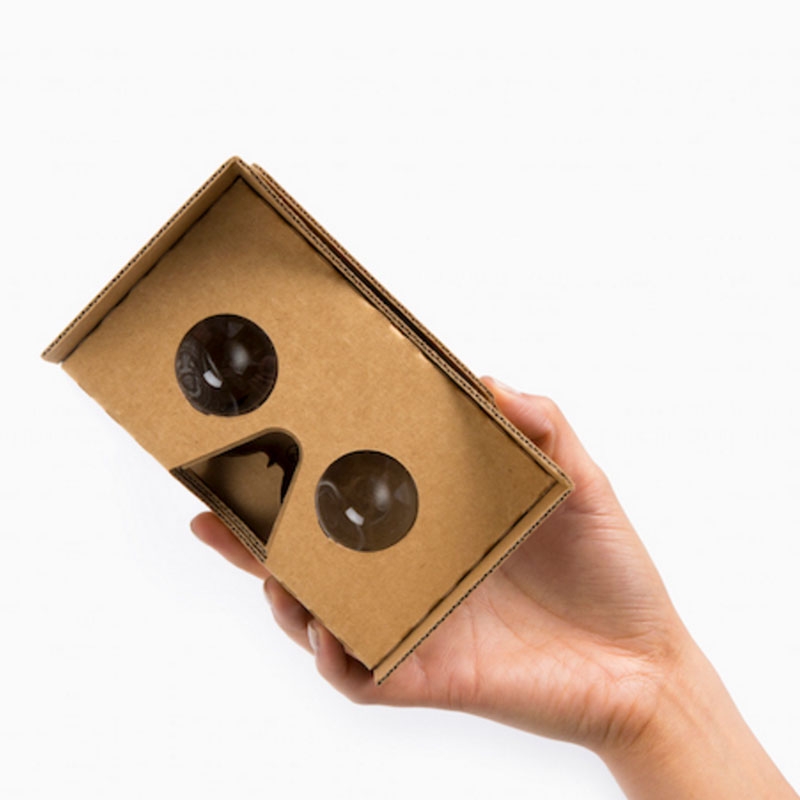 The cheapest way to experience VR on an iPhone is using Google Cardboard. As you can probably guess by the name, Google Cardboard is primarily made from cardboard, and the instructions on how to build it yourself can be found on the  Google website. It requires you to source parts like lenses yourself, but these can be easily found online or in high street shops. You can  build your own Google Cardboard, but if that isn’t your style, you’ll be glad to know that you can also buy pre-built Google Cardboard headsets pretty cheaply – we found this one on  Amazon for only £5.29. All you need to do is fold the cardboard!

Of course, being made from Cardboard, the Google Cardboard isn’t the most comfortable headset to wear, especially over long periods of time. It’s a good starting point for mobile VR users, but if you find yourself still wanting to use VR after the initial novelty has worn off, it may be worth investing in a slightly more expensive (but more comfortable) option. 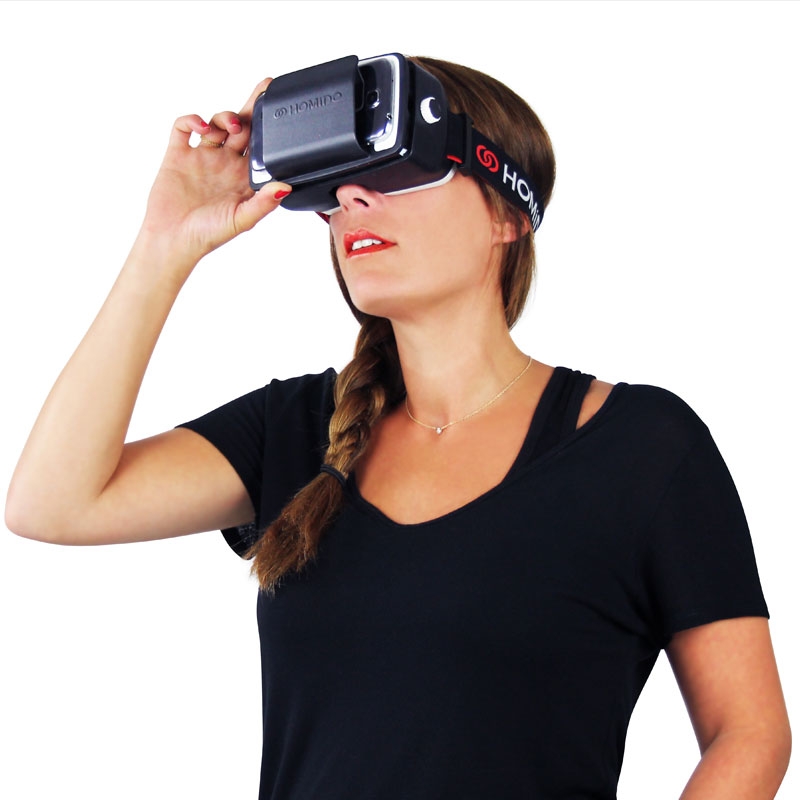 The Homido VR headset is a good option for iOS users that want a more premium mobile VR experience. The Homido VR headset is designed with comfort in mind, with soft padding to stop your skin becoming irritated when wearing the VR headset, while also doubling up as a comfortable way to combat light leakage. It also boasts a 100-degree field of view thanks to its specially designed lenses, which should help provide a more immersive VR experience. As well as this, it offers controls that let you adjust the distance between the lenses, as everybody has a slightly different facial shape.

The Homido VR looks to be ideal for glasses wearers too, as you can adjust the distance between your eyes and the smartphone. It comes with three options to toggle between – far sighted, near sighted and normal vision. The Homido Center app for iOS and Android features a catalogue of VR-enabled apps available at your fingertips including games and experiences.

You can pick the Homido VR headset on  Amazon at the time of writing for £47.99. 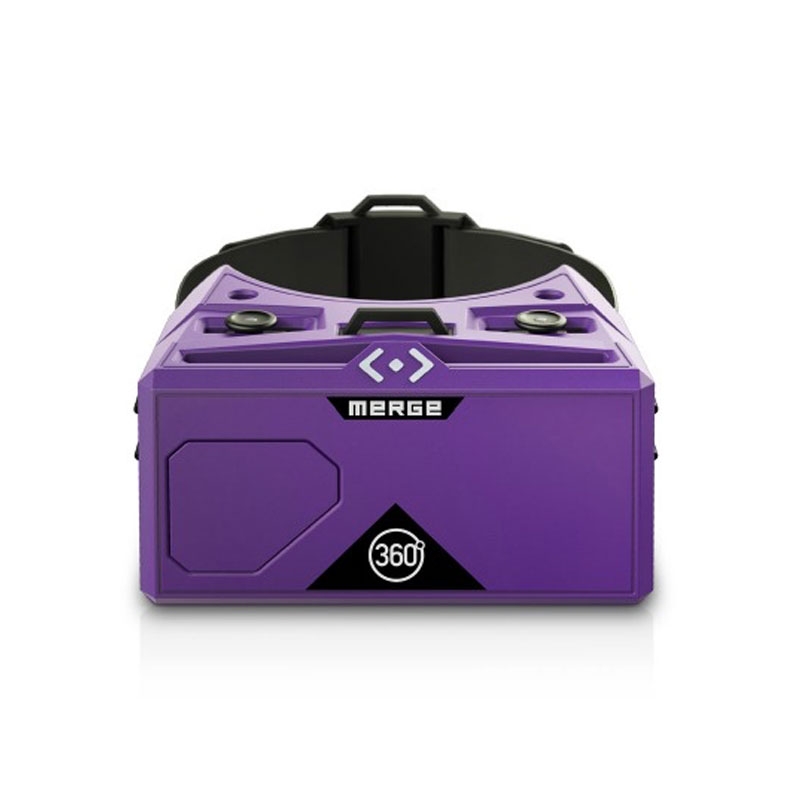 If you’re looking for something a little fancier, the Merge VR headset may be a good option, fitting the vast majority of iPhones and other smartphones on the market. The Merge VR is a funky looking purple VR headset that offers a sturdier and comfortable experience with ventilation ports and a flexible and extremely comfortable foam body.

The interesting feature of the Merge VR headset is that it includes two buttons on the top of the headset, allowing you to interact with compatible VR apps – this may be used to fire a weapon, toggle different viewing modes, etc. It also features camera access, allowing the Merge VR headset to be used with augmented reality apps too. The company is also due to release the HOLO CUBE later this year, offering augmented reality capabilities.

Though the company is based in the US, you can buy the Merge VR headset via Amazon for £69.95.

Best VR headsets for iPhone: Carl Zeiss VR One Plus 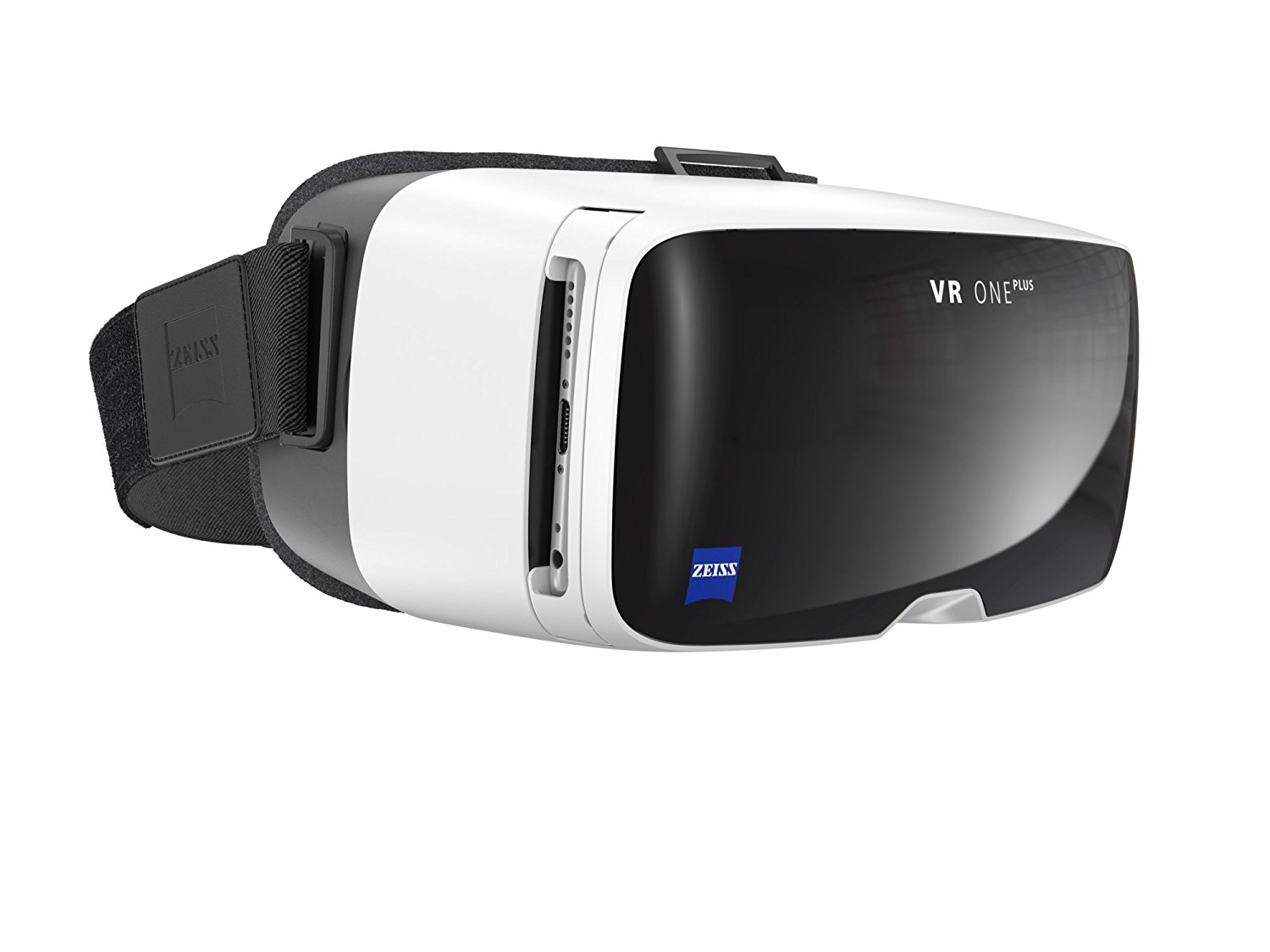 The Carl Zeiss VR One Plus headset is a rather expensive VR viewer, but one that provides a comfortable, enjoyable mobile VR experience with a 100-degree field of view. The headset comes with two adjustable, stretchy straps that comfortably keep the headset in place and in a comfortable position. The headset itself also has a foam outline on the back of the headset so when you position it on your head it doesn’t hurt, and feels fairly light and comfortable.

Great design means this headset has a very stylish and modern look. Now, we all know we look a little bit silly when wearing a VR headset, but with the VR One Plus, you don’t feel as self-conscious about how you look.  Thankfully, for the sweatier amongst us, the headset also includes vents that stop the lenses from becoming foggy. Unlike the first-generation VR One, the VR One Plus comes with a single tray that’ll accommodate any smartphone between 4.7in and 5.5in, meaning any phone beyond the iPhone 6 and 6 Plus are compatible.

Unlike other mobile VR viewers, the VR One Plus features a transparent front shield, which allows the smartphone camera to be used for augmented reality (AR) purposes. While the viewer features high quality lenses that’ll provide great visual quality, the performance and graphics of the VR experience itself varies, depending on the resolution of your smartphone and the quality of the app/game you’re downloading.