Apple’s GarageBand software has always been a great way to quickly create and record music. The streamlined interface and instant accessibility has made it a favourite for amateur and professional musicians alike when it comes to capturing those moments of inspiration.

Although the app is already packed with plenty of synths, guitar amps, effects and other goodies, there’s also a wealth of free plug-ins that can open up new sonic ideas. Here’s our selection of the best ones currently available.

Apart from having an amusing name, Abletune Knobs includes not one but three excellent free-plug-ins with this pack. These take the form of Drive, Space, and Attack, each of which is displayed on the screen with one large knob to control them – stop sniggering at the back!

Drive is, unsurprisingly, a stereo distortion effect that goes from slight grit up to full-on square-edged growl. Attack is a stereo transient shaper that is applied solely to the attack sections of a waveform. Abletunes recommends this particularly for drum tracks and guitar solos that need extra bite.

Finally, Space is a simple, mid-sized room reverb effect that can be used with anything to add a bit of depth and atmosphere.

Compressors are another essential tool in the music production box. GarageBand already has some decent options, but a third-party one that’s achieved a decent fan following with those who prefer Lo-Fi productions in OTT by Xfer Records. This is an aggressive module that can obliterate tracks if not used subtly. Of course, that might be exactly what you’re after, so if that’s the case fill your boots!

This multi-band compressor features four dial-controls for Depth, Time, In Gain, and Out Gain, all of which give you enough options to create dubstep and electro sounds without much effort. 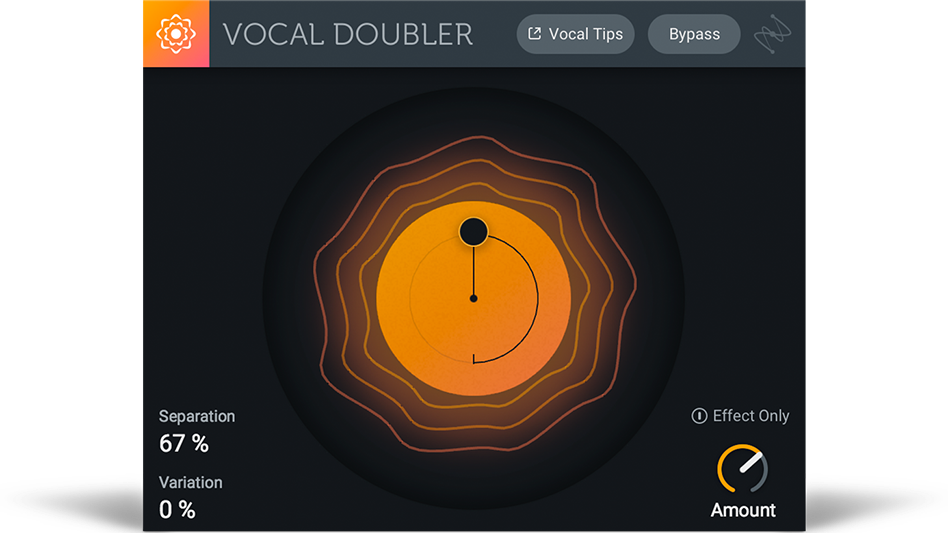 Vocals can make or break a track, so ensuring you have the richest and coolest tones is essential if you want a song to really shine. One way to do this is by using the iZotope Vocal Doubler. As the name suggests, this creates a doubling effect that can be controlled via a cursor that you drag up or down to alter the stereo separation, and left to right for added variation in the singing.

As the controls are so simple, it’s an easy effect to quickly get to grips with, and with some experimentation you’ll find it adds depth to even the dullest vocals.

As the name will no doubt suggest to science fiction fans, TyrellN6 brings the futuristic synth tones of Vangelis’ score from Blade Runner to GarageBand.

This cool plugin actually started out life in a German online magazine when the readers exchanged ideas about how to build a hardware synth based on the classic Roland Juno 60. The cost of creating this proved too much, but u-HE took the idea and created a software version instead.

It’s getting on a bit now, but still has plenty to offer if you’re looking for those ethereal 80s sci-fi tones.

If you’re looking for a quick way to expand the capabilities of GarageBand then the MFreeEffectsBundle is a good place to start. This collection of 26 different effects includes AutoPitch for correcting wayward singers, AutoPan to create wide sonic landscapes, alongside a variety of other effects and mixing tools.

Yes, you’ll find many of these features in GarageBand itself, but with so many new variants in the pack there’s bound to be something that sparks a few ideas.

There is also a paid upgrade to the bundle, which increases the amount of granular control you have, but the free option is well worth exploring first.

A good reverb can make all the difference when it comes to a track sounding dull or rich and alive. OldSkoolVerb is a great take on a classic stereo reverb and is perfect for vocals, piano, or synth pads that you want to really shine.

If you like what it does then there’s also the OldSkoolVerb Plus module that costs $49.95/£40 and adds more controls as well as an additional spatialisation module.

This is another great collection of plugins that anyone will find useful. Blue Cat Audio has bundled together a fantastic Chorus effect, flanger, spectrum analyser, phaser, EQ, and a Gain suite that allows you to automate the volume of different tracks in real time. Essential stuff.

An old stalwart of the freeware plugins is Crystal, a ridiculously powerful semi-modular synth. The makers boast that it has more than 90 different parameters that can be modulated, making it easy to create your own unique sounds. Add to this wave sequencing, granular synthesis, and program morphing that blends two sounds into one, and you’ve got a mightily impressive audio package.

Development of Crystal seems to have stopped now, with its maker Green Oak concentrating on the iOS version instead, but we’d still recommend giving it a go as there are some cool sounds awaiting inside.

When it comes to balancing out your tracks and making sure they all sit in their relevant pockets, a good EQ goes a long way to reducing any headaches. The SonEQ is just such as thing. Taking its cues from vintage style kit, the plugin features a three-band EQ, preamp section, and cool retro styling.