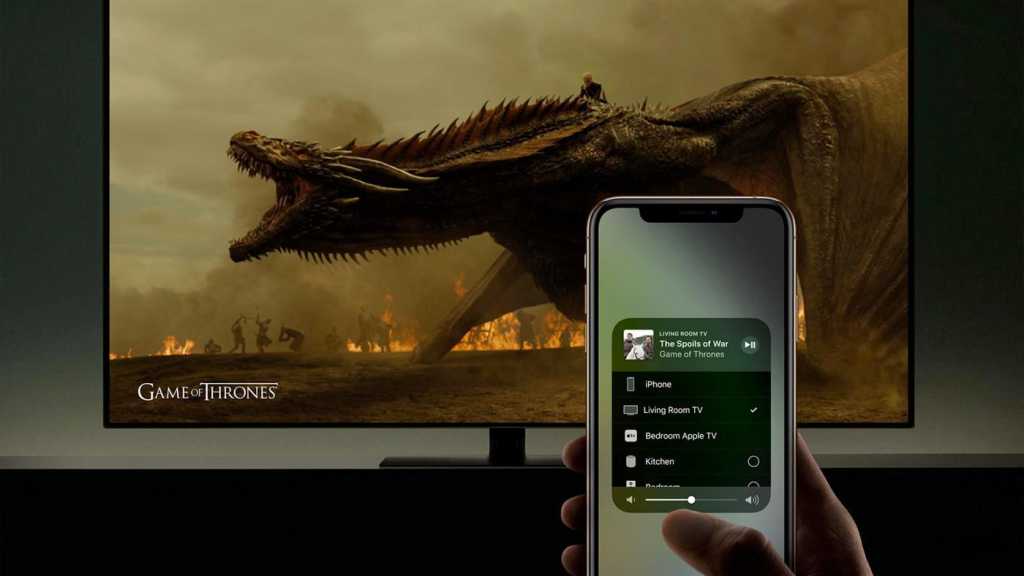 If there’s one thing iPhones and iPads are good at, it’s entertainment. The App Store is full of amazing games and apps, and you can download thousands of films and songs from iTunes. But your iDevice’s ability to act as a portable TV stands out.

With a bright, decently sized display, you can easily use your iPhone – or your iPad, which adds the advantages of a larger screen – to watch your favourite movies and shows while on the go.

In this article we gather together the best TV apps, services and accessories for your iOS device. If you just want to get started, however, we also have a simple tutorial showing how to watch free TV on iPhone. 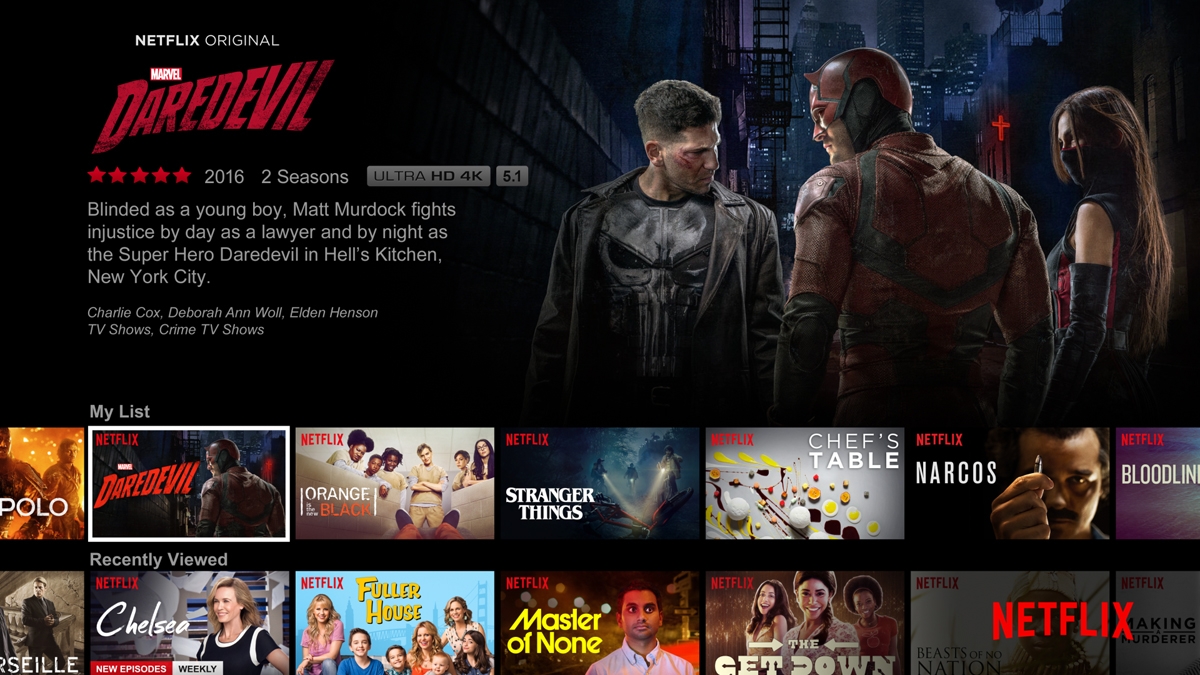 Online streaming has had a disruptive effect on the entertainment industry in recent years. It gives you the ability to watch your favourite titles whenever and wherever you want. Netflix is one of the most popular services out there, and it’s a must-have on your iPhone.

Millions of people use the service right around the world, and you can choose from a wide selection of dramas, documentaries and movies. The company also makes its own original series, from The Crown and Orange is the New Black to Stranger Things and multiple Marvel shows.

The  app puts the best movies and shows right at your fingertips. Netflix constantly updates its extensive library with new shows and movies, and the more you use the app, the better you’ll find the experience. It’ll begin to learn more about you and make suggestions based on your tastes. Plans start at £5.99/$7.99. 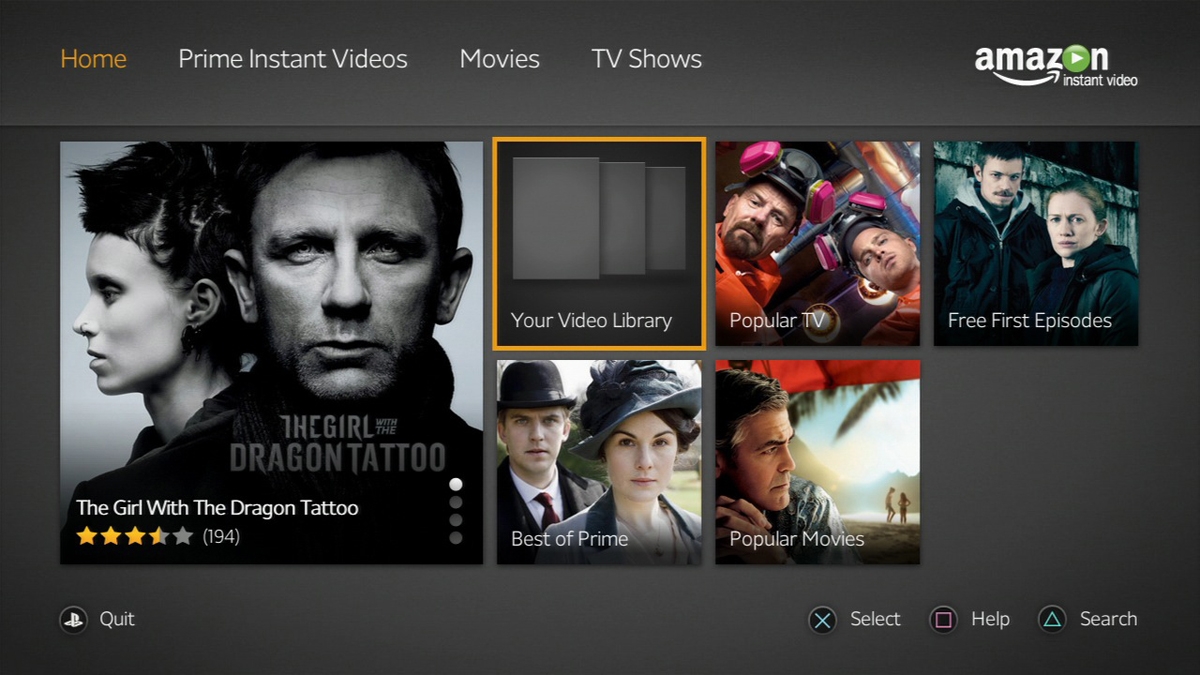 Netflix isn’t the only company making big waves in the online streaming industry. Amazon’s Prime Video is another popular option, and you can get the service on your iPhone. Just like Netflix, you can stream and download popular movies and TV shows.

Amazon has its own exclusives, too; The Grand Tour and The Man in the High Castle have become big favourites. You can access titles over Wi-Fi and cellular networks at any time and from any location.

The  app is integrated with IMDb as well, which means you can get details on acts, songs and trivia during playback. There are hundreds of thousands of shows and films available in Prime’s library, and you have the option to add videos to your watchlist. 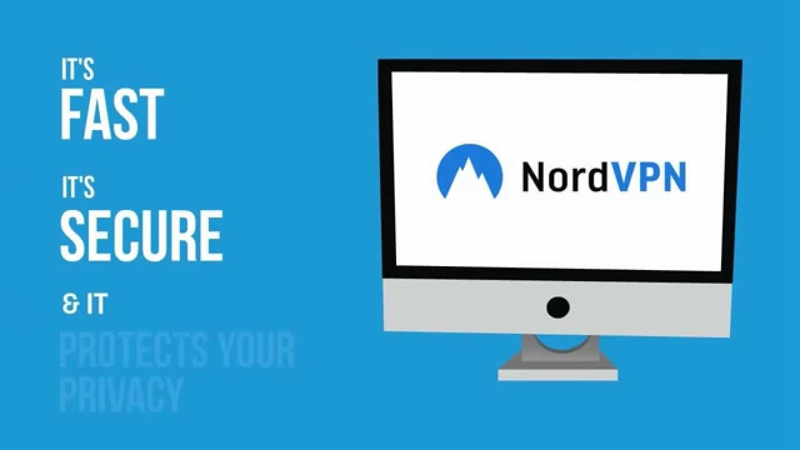 Virtual proxy networks (VPNs) are also popular tools in the world of technology, especially when it comes to accessing online streaming and entertainment services. As well as protecting your identity and data, they can also let you access products and services only available in certain countries, like watching US Netflix from the UK (or vice versa).

NordVPN is a good choice if you’d like to try out VPN technology for yourself, and sits at the top of our chart of the best VPNs for iOS. There’s an iOS app available, and it works pretty much straight out of the box. The app lets you protect your online privacy and access online services without regional restrictions.

There’s strong encryption available, and it offers access to more than 700 servers in over 50 countries. The app is not only simple to use, but it’s also fast. The server change process takes around ten seconds, while other software can take more than 20 seconds.

Another one for UK readers,  Now TV is Sky’s flagship TV and filming streaming service, and it’s the cheapest way to access all of Sky’s exclusive content without paying for the company’s full TV service.

In terms of movies, there are more than 1,000 titles to go for, and you can get a premier movie a day through Sky Cinema Pass. You’re also given access to over 250 boxsets, as well as 11 premium channels that you can’t access on Freeview. The app also offers sports and children’s TV. As is the case with the majority of streaming apps on the market, it works over Wi-Fi and mobile connectivity.

Unlike other platforms, Now TV splits its service into separate passes for TV, film, sports, and kids – luckily you can get free trials of most of them, and can buy day passes for sports if you only want to watch a specific match or event.

Sky Plus is also worth downloading if you have a Sky box and account at home. Using it, you can manage all your TV shows and movies. Within the app, you can view all Sky’s content, set reminders and downloads, and organise your planner. That way, you won’t miss out on any of your favourite shows. 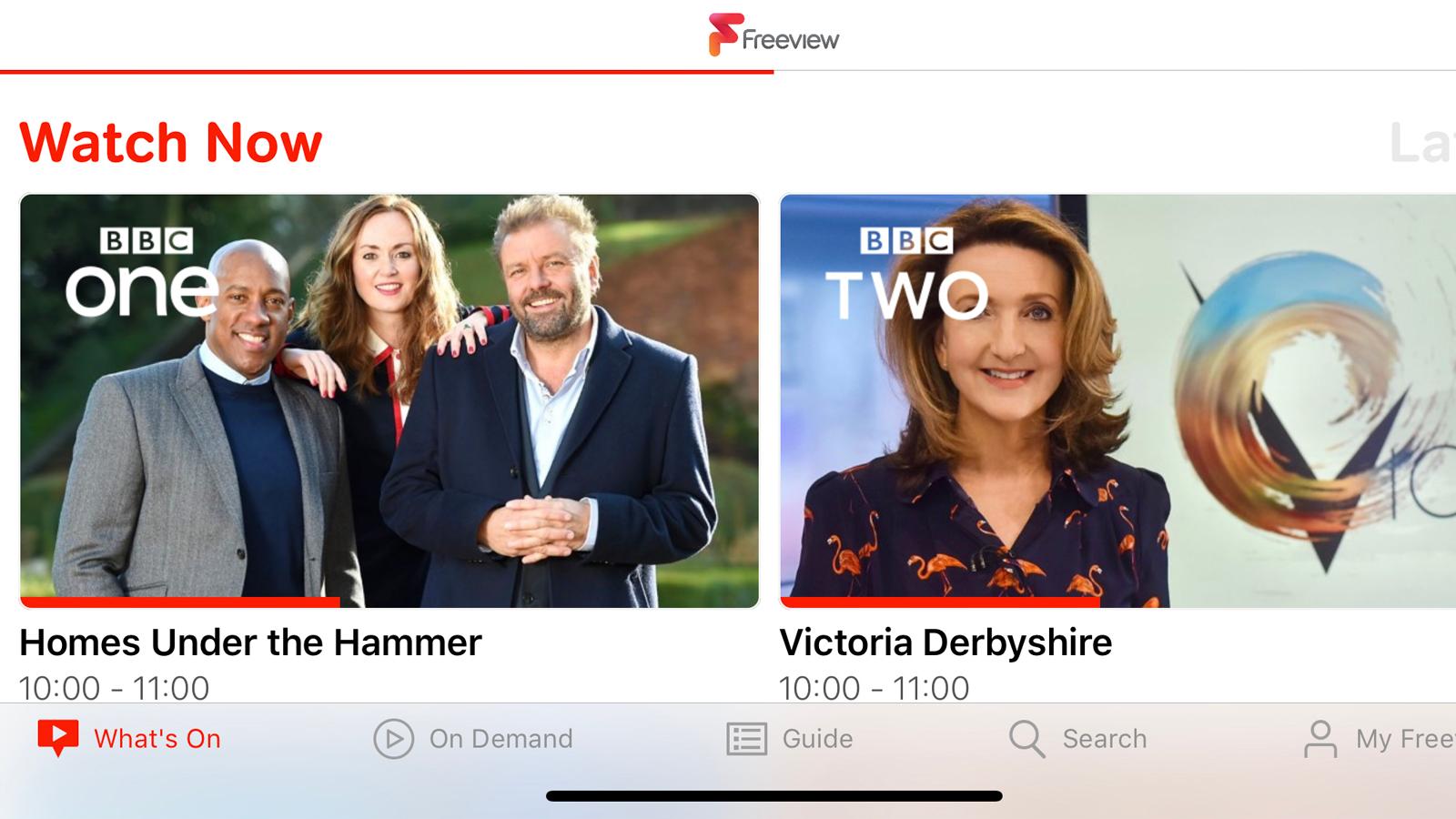 Freeview launched on iOS in January 2019, and is (as the name suggests) free. It doesn’t play programmes itself; instead, when you choose to play something, it will switch to that app. (We discuss your options in terms of broadcasters’ apps next.)

So Freeview isn’t an all-powerful umbrella TV app – but it presents a full schedule of what’s on now, what’s on later, and what’s been on and is still available to view, together with links to that programme on the appropriate player. Don’t underestimate how handy that is.

Many of the biggest broadcasting companies in the UK also offer their own on-demand apps and services for iOS. BBC iPlayer is probably the best and most popular. If you’ve got a TV licence, you’ll be able to catch up on shows from channels such as BBC One, Two, Three and Four.

The app lets you download TV shows on the move, and it works over both Wi-Fi and mobile networks. It lists TV shows and movies from the past 30 days, and you can browse through different genres and categories. Another cool thing about the app is that there’s AirPlay integration, so you can stream programmes on your TV.

Broadcasters such as Channel 4 and ITV also have their own streaming apps. The main difference between them is the fact that they’re commercial, so you don’t need a TV licence and there are adverts. With them all, you have to create a special account and log in to access shows.

If you love live television, then you’ll want to check out  TVPlayer. It does exactly what it says on the tin. The app provides you access to 65 UK TV channels on your iPhone, iPad and Apple TV for free. And you have the option to upgrade to a premium package and get an additional 30 channels.

The TV channels are pretty varied, which is always a good thing. As well as traditional channels such as BBC One, BBC Two, iTV 1, Channel 4 and Dave, you can also watch shows on more niche offerings like National Geographic, History, Comedy Central, Eurosport, and Good Food.

You shouldn’t have any problems with the  app, either. The user interface is easy to get around, and benefit from adaptive streaming and the ability to flick through channels while a show is playing. A potential drawback is the fact that not every channel supports mobile connectivity.

Premium plans start at £5.99, and only UK channels are covered – though US readers keen to watch UK TV live could use TVPlayer together with a VPN like NordVPN – covered in more detail below – to do so. 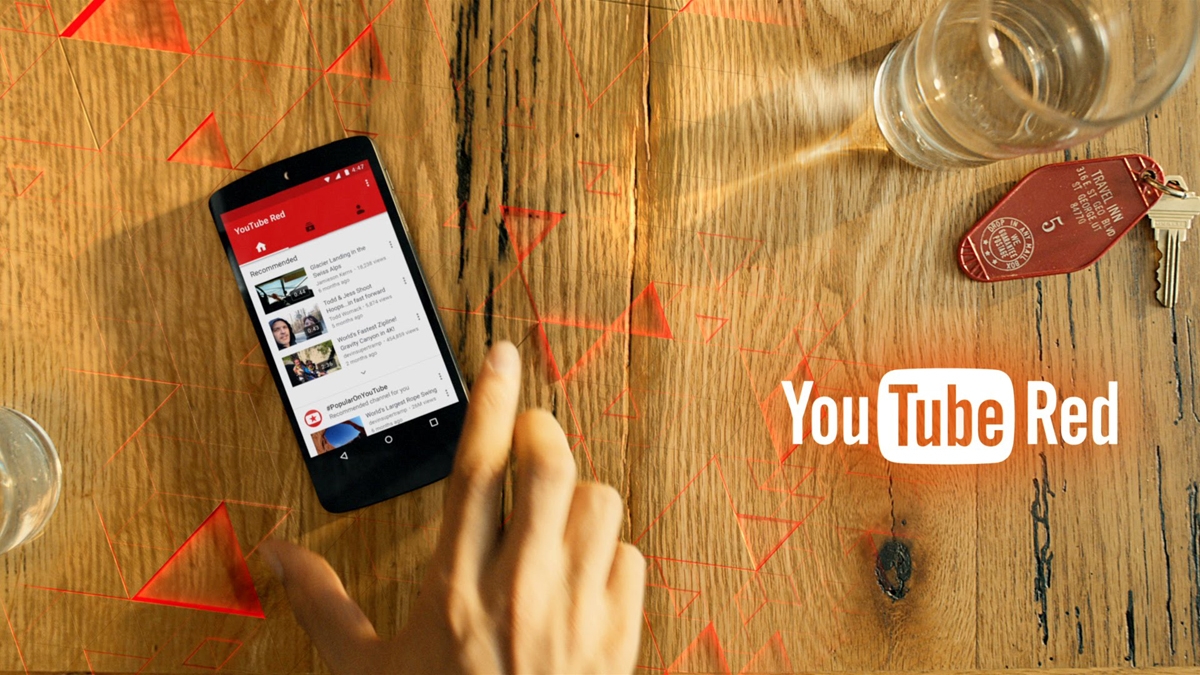 While it’s likely that you already use video sharing network  YouTube on a daily basis, it’s still one worth mentioning. Launched in 2015 as a website to share your own videos, it’s evolved into one of the most popular entertainment apps.

With the  iOS app, you can keep in touch with everything that’s happening in the world through the medium of video. YouTube channels and video creators cover a plethora of areas, including music, gaming, comedy, entertainment and news.

The app has some handy features, too. You’re able to browse personal recommendations in the home hub, see the latest content from your favourite creators in the subscriptions hub, discover new and popular videos in the trending hub, and find videos you’ve watched before in the library hub. It works over Wi-Fi and mobile data.