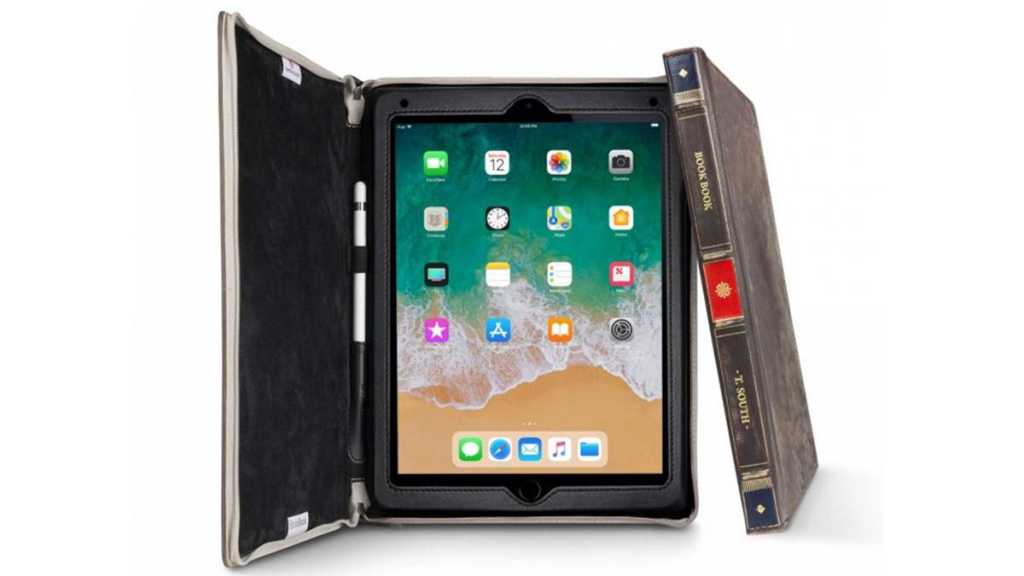 If you thought the iPad 2017 was named vaguely enough to stir confusion, it doesn’t help that Apple then rolled out the  iPad 2018. And it looks…identical. Though this should make it easier to find a case that fits. The cases we’ve rounded up here should work with both the iPad 2017 and iPad 2018 – some include options with keyboards and other with pencil holders (in fact one has both).

Once upon a time, every single iPad came with a 9.7in screen. The iPad Mini and iPad Pro showed Apple’s willingness to explore different sizes, and now even the latest regular iPad comes with a 10.2in panel instead.

With both expected to be supported by software updates for a number of years, there’s no reason to give them up just yet. In fact, it’s important they remain protected, so with that in mind here are the best cases for the 9.7in iPad.

Keep in mind, although the iPad Air and Air 2 share a 9.7in screen like the iPad 2017/2018, not all the cases mentioned here offer a universal fit (though look out for the ones which do). If you’re an iPad Air owner, we’d recommend checking out our designated best cases round ups for the  iPad Air 1 and  Air 2. 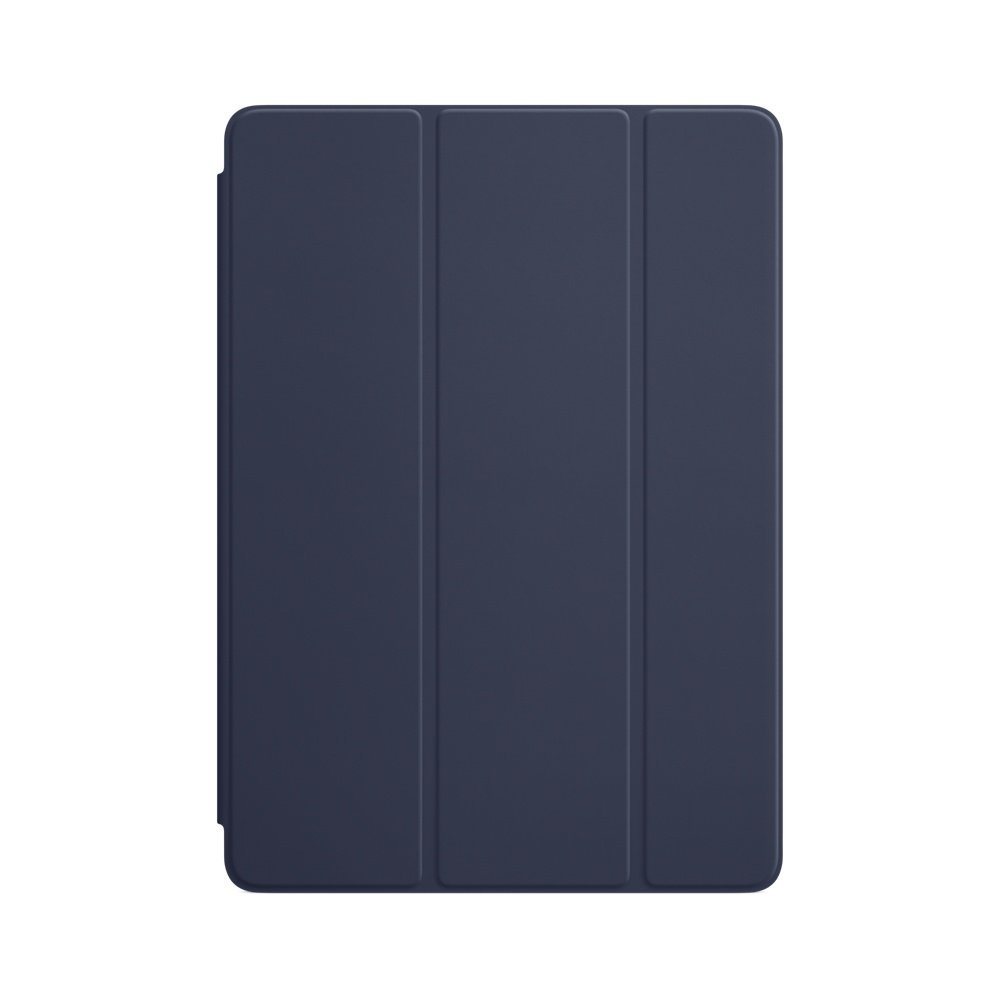 Lots of these covers also fit the iPad Air 1 as the bodies are identical (it also fits the Air 2 and 5th generation iPad).

The go-to choice is still an attractive one, though it’s a shame Apple no longer offers the full case as this cover only protects the screen of your iPad.

It does keep your tablet slim though, and the Product Red version is really nice. Plus, its magnetic closure fits snug on the left side of the iPad and also acts as a stand for video viewing. Also available in white, pink, blue, and grey. 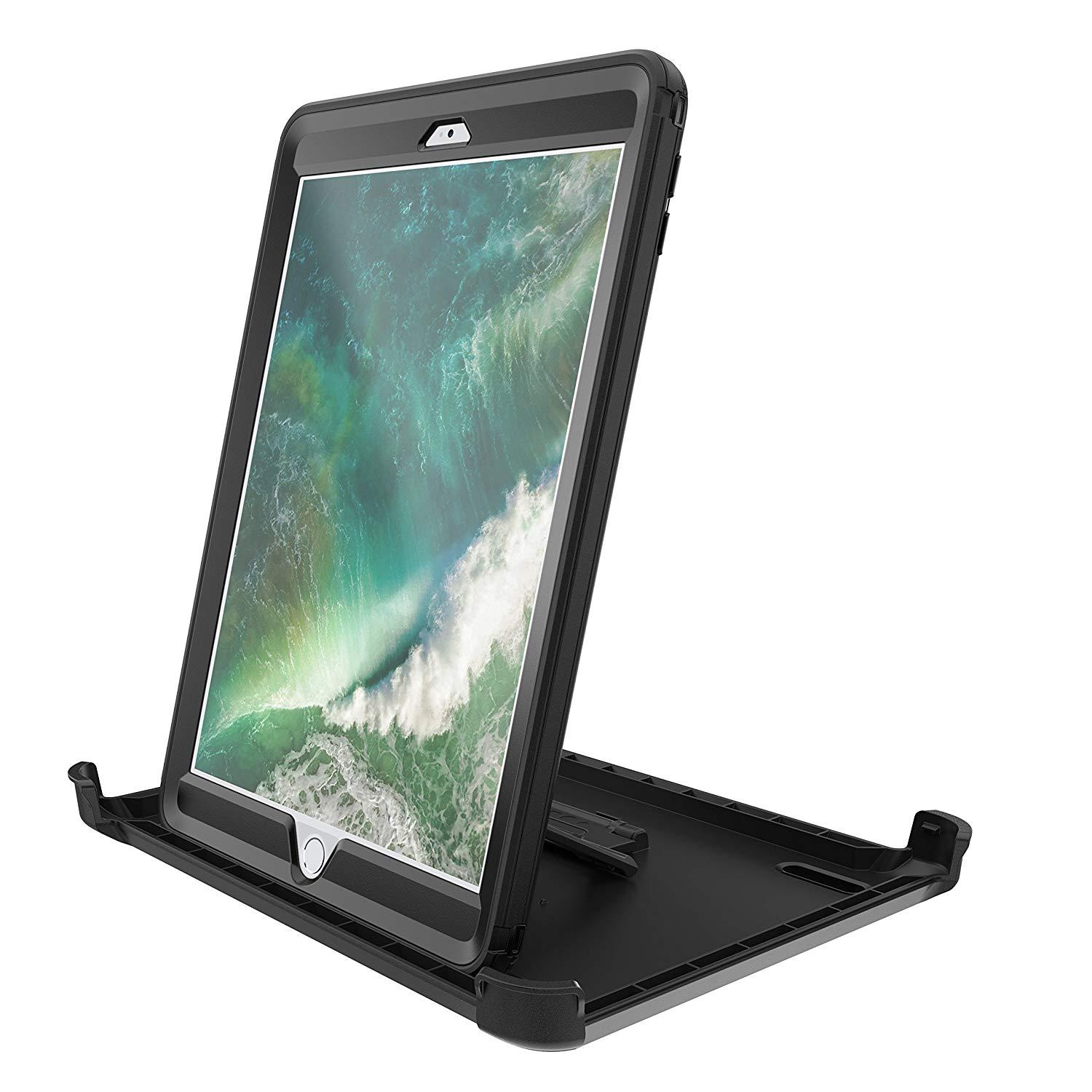 OtterBox is another brand we recommend often due to its high quality, durable products. The Defender case offers three layers of rugged protection which includes both an inner and outer shell and a screen protector.

It comes with an in-built stand too, so you can which allows both portrait and landscape hands-free use. The Otterbox Defender case works with both the 5th and 6th generation (2017 and 2018) iPad 9.7 models.

For more rugged iPad cases, see our dedicated round up. 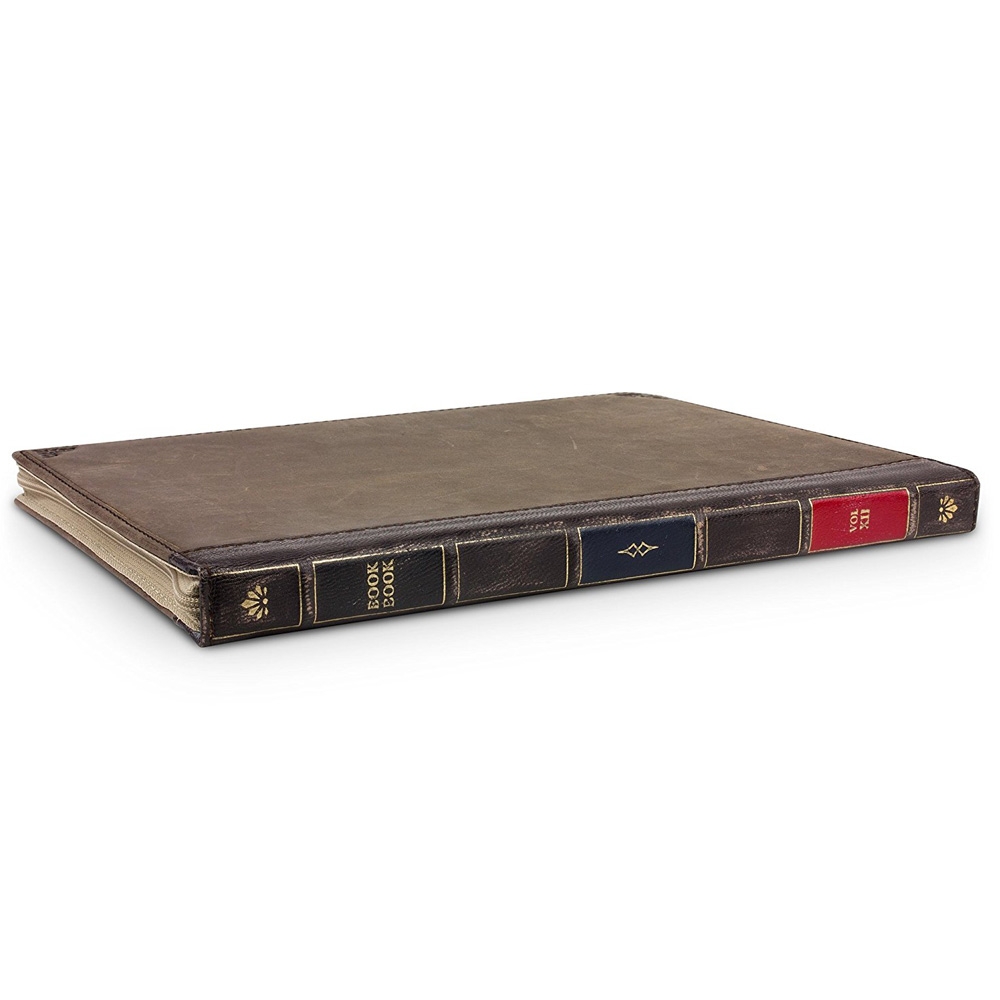 We are fans of the BookBook range, but it is an acquired taste. If you like it then you’ll love it, a high quality leather case that protects your iPad while disguising it as an old book. Weird idea, but great execution. It even includes an Apple Pencil holder strap.

The quality on show is top drawer, and makes the sometimes slippy iPad easier to prop on your lap like a book for longer viewing or reading sessions. 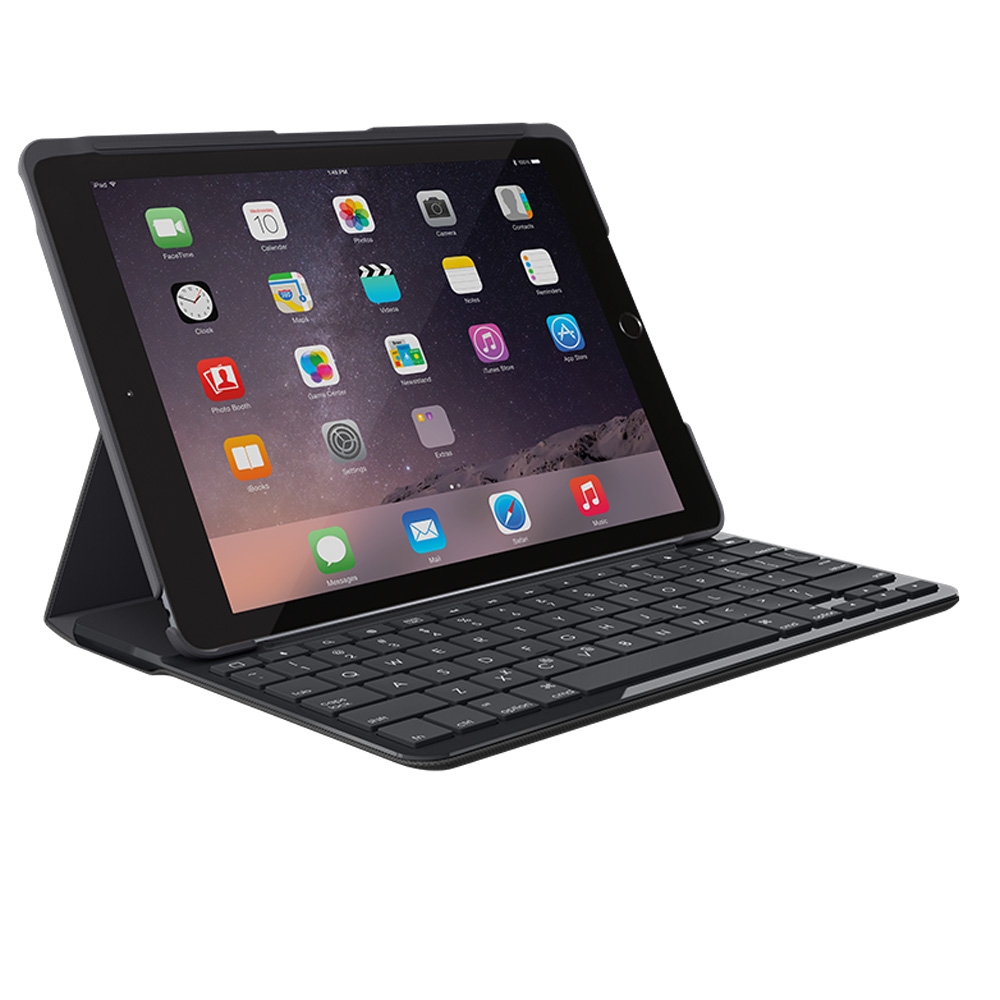 The new iPad isn’t a Pro model, but you can ape it pretty nicely with this excellent case from Logitech.

It takes replaceable coin batteries that promise a four-year life – not bad at all.

The design lets you have a typing and general viewing mode, and the standing position for typing is very sturdy. One downside is that the keyboard isn’t backlit but if you don’t mind that, this is an excellent protective keyboard case. There’s also a mount for the Apple Pencil.

For more iPad keyboard options, see our round up of the best ones. 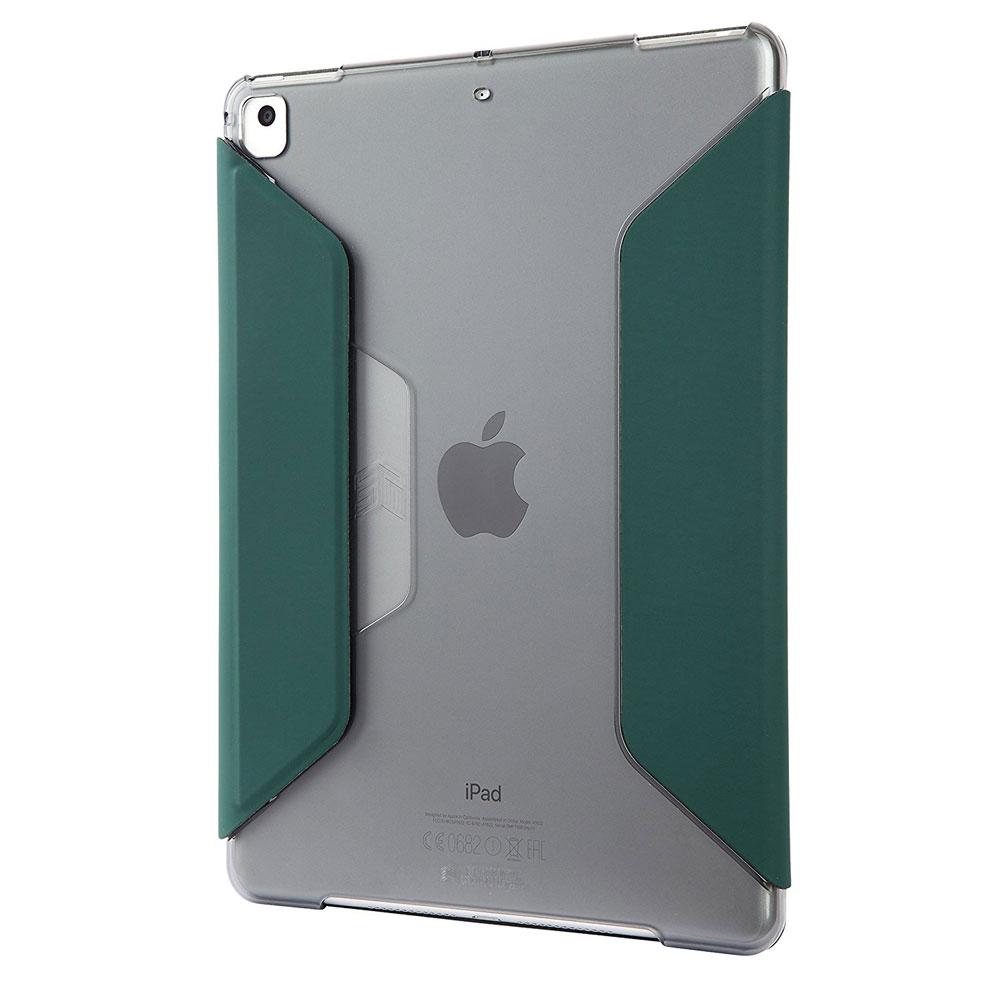 This case is a great, more protective alternative to Apple’s own official cases. The clear plastic is strong and shows off your gadget’s colour, while the clever magnetic closure protects the screen when closed.

It also lets you position it landscape for video viewing, and is incredibly solid. It lets you access all buttons and ports and you can be pretty sure that if you drop your iPad with it on, it’s not going to break. 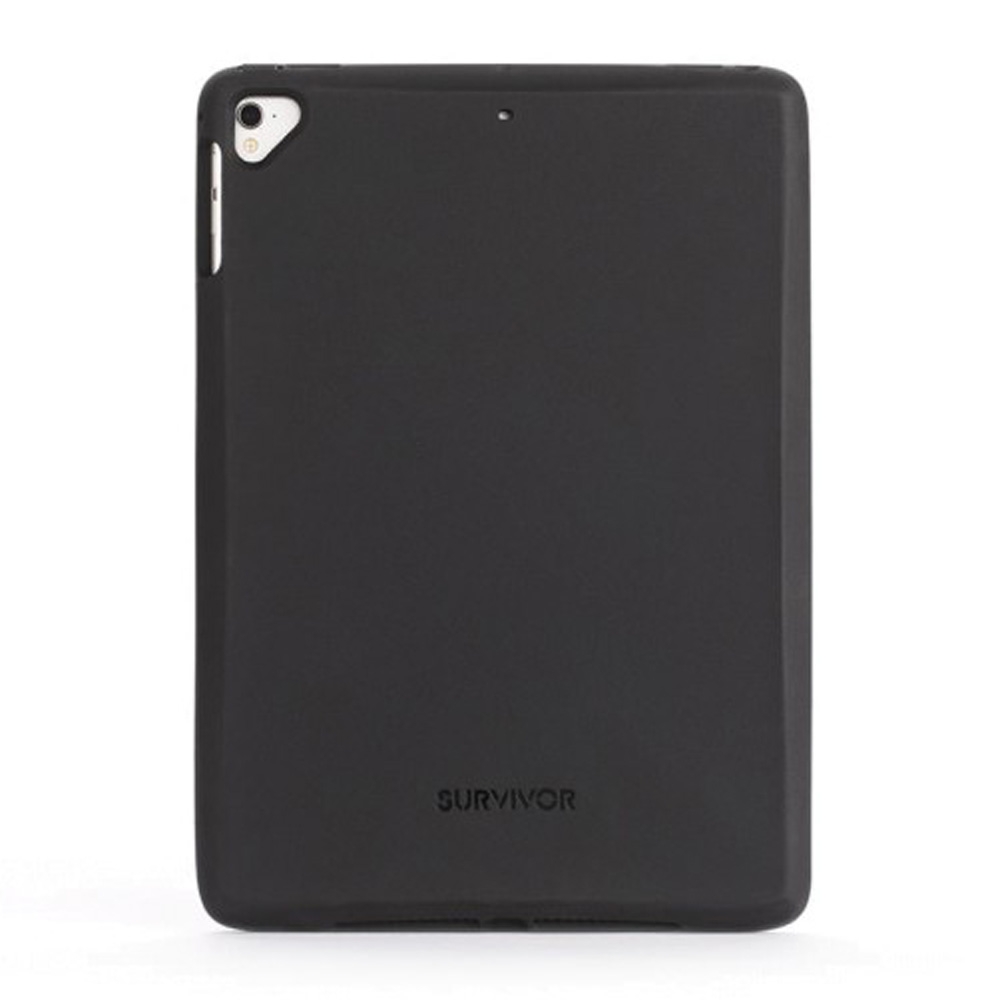 It’s a bit unusual for an iPad case not to cover the screen, but this Griffin one does it anyway. If you want a protective shell for the edges and back of your iPad, then this is for you.

We protect our phones with cases that don’t cover the screen, so it does make sense despite the larger surface area. Griffin is famous for its great quality, shock proof cases and this one is built to help your iPad survive drops onto concrete from 6 feet. Maybe don’t test that, though.

This model fits the iPad 9.7 5th generation. You can buy it for £43.45, although prices fluctuate considerably so we’d recommend waiting until it goes down. 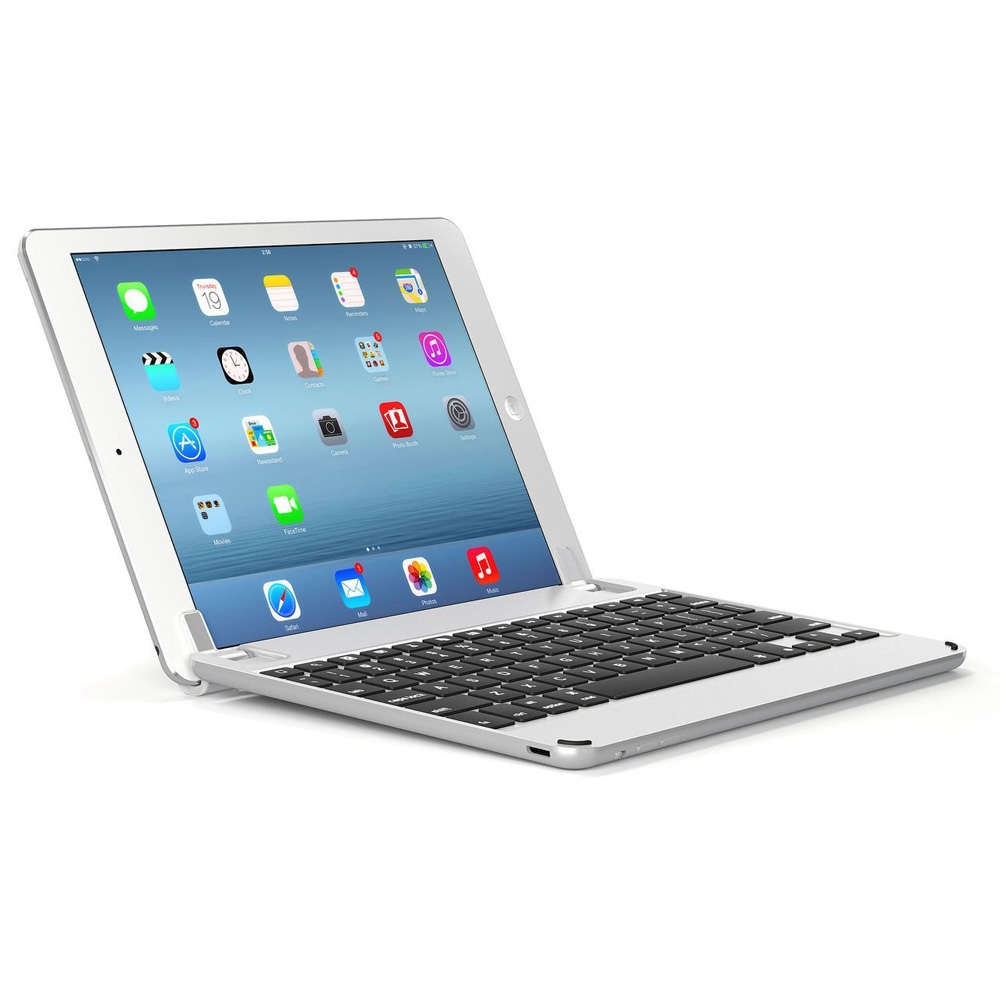 Another keyboard case here, but it melds form and function exquisitely, such is its industrial design that apes the iPad it helps to protect.

It has backlit keys despite being very slim and the hinges act as tight grips that keep your iPad attached. It’s not a folio case, so acts just like a laptop.

Also great to see is a top row of iOS specific function keys. It ties the whole iOS experience together very well and is a good way to eke more use out of your iPad for writing.