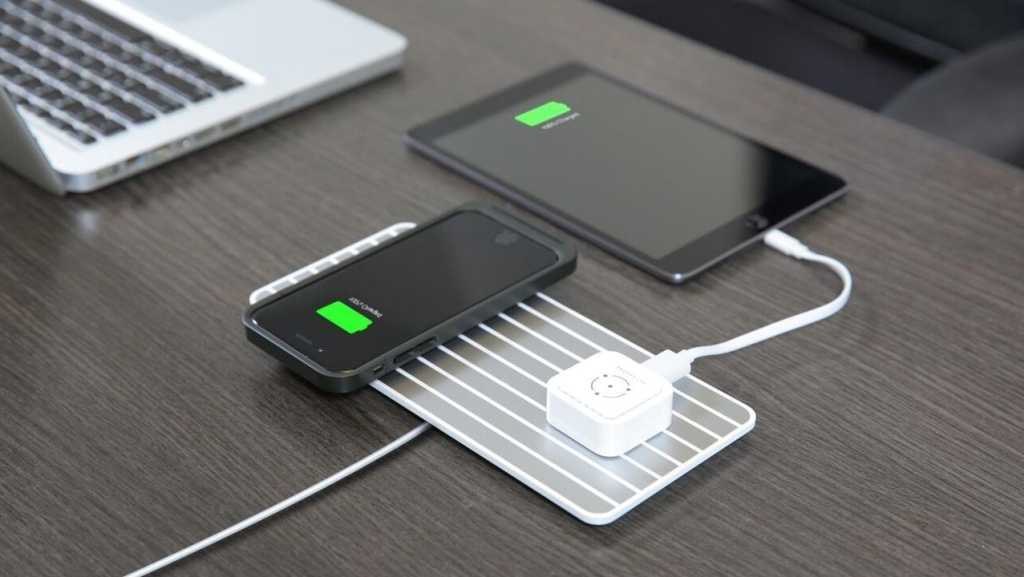 If you buy an iPhone 8 or  8 Plus, or one of Apple’s X-series handsets such as the iPhone XS, you’ll find it supports Qi wireless charging out of the box. Older iPhones aren’t compatible with Qi accessories – but if your smartphone has a Lightning port, you can fairly easily upgrade it to offer the same feature.

In this article we show how to add wireless charging to older iPhones.

What is wireless charging?

First things first: there’s usually a wire, connecting the charging pad or mat to the mains (the exception would be if you were using a wireless power bank with its own battery). The wireless part of the equation refers to the connection between phone and charger. But while it may not be technically wireless in the strictest sense, being able to dump your phone on a pad before you hop into bed is much more convenient than fumbling around for cables in the dark.

Recent iPhones use the Qi (pronounced “chee”) wireless charging standard (more on standards in the next section), as do the LG G-series, Samsung Galaxy S- and Note-series, and all other smartphones advertising wireless charging.

Qi uses inductive charging technology, which involves two coils of copper wire (with a core of iron): one in the device you’re charging (or in a case attached to that device) and one in a pad or mat on which you lay the device. When you put the two coils next to each other an electromagnetic field is created and that allows electricity to be passed across.

The two devices need to be touching or within very close proximity, but the coils can be sealed within their respective devices.

There are two major groups in the wireless charging arena, which means there are competing charging standards.

We’ve already mentioned the Wireless Power Consortium’s Qi, which is the inductive charging technology used by the iPhone XS and many others. Resonant charging is included in Qi’s specification but it is not necessarily supported on all devices, whereas rival AirFuel Alliance offers both resonant and inductive technologies.

In general, the vast majority of phones that support wireless charging and the products that enable you to add it support Qi. Qi is what’s currently used by Starbucks, for example.

How to get wireless charging on older iPhones

Wireless charging can be enabled on iPhones that don’t have the feature as standard by adding a case or other device that integrates an inductive coil and can be inserted into the phone’s Lightning port.

(In order to make the magic happen you will also need to purchase a Qi charging pad or mat. If you purchase a larger charging mat you may be able to charge multiple devices at once, all from the same single power source.)

A disadvantage of adding wireless charging in this way is that it prevents you being able to use the Lightning port for other things. If you have an iPhone 7 or 7 Plus, this will be a problem if you want to listen to music via a pair of Lightning headphones.

Note that, typically speaking, wireless is slower than wired charging: many Qi chargers are capped at just 5W to 7.5W. The latter is the current maximum speed supported by the iPhone 8 and X since the iOS 11.2 update. Fast wireless chargers that double this output are available, but are useful only if the phone (or device you’re using to add wireless charging to the phone) also supports this higher speed.

Keep in mind that if you’ve added wireless charging using a case, you will probably need to remove that case before you can charge it normally, connect to a computer over Lightning or hook up Lightning headphones. Wireless charging can also make it difficult to use your phone while it charges, though you can get round this by selecting a charging pad that also functions as a stand.

There are plenty of options for owners of iPhone 7 and earlier models. Here are our recommendations. 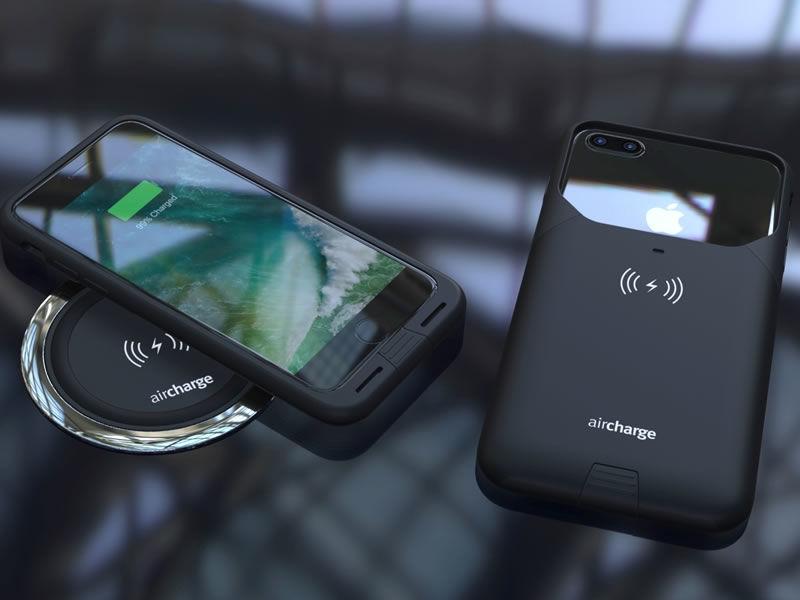 There are some great charging stations in this article, but from our testing, the best around is Aircharge. You simply purchase a clip on case for your phone and a charging pad to connect to your computer or a power outlet.

You can then simply place your iPhone on the pad and it will start charging. It’s so easy, and with cases for the iPhone 5 all the way up to 7 Plus, it’s a versatile solution.

Cases for iPhone 7 and iPhone 7 Plus are £44.99/$64 each, while the Slimline charger is only £24.99/$35, so it’s relatively cheap to set up. You can then buy more pads for home and office or use your phone on a public pad. McDonalds, Starbucks and Premier Inn are investing in Aircharge, and by using the free app you can see where there’s a pad near you when you’re out.

There are 4,600 public locations, so you should be able to track one down easily. 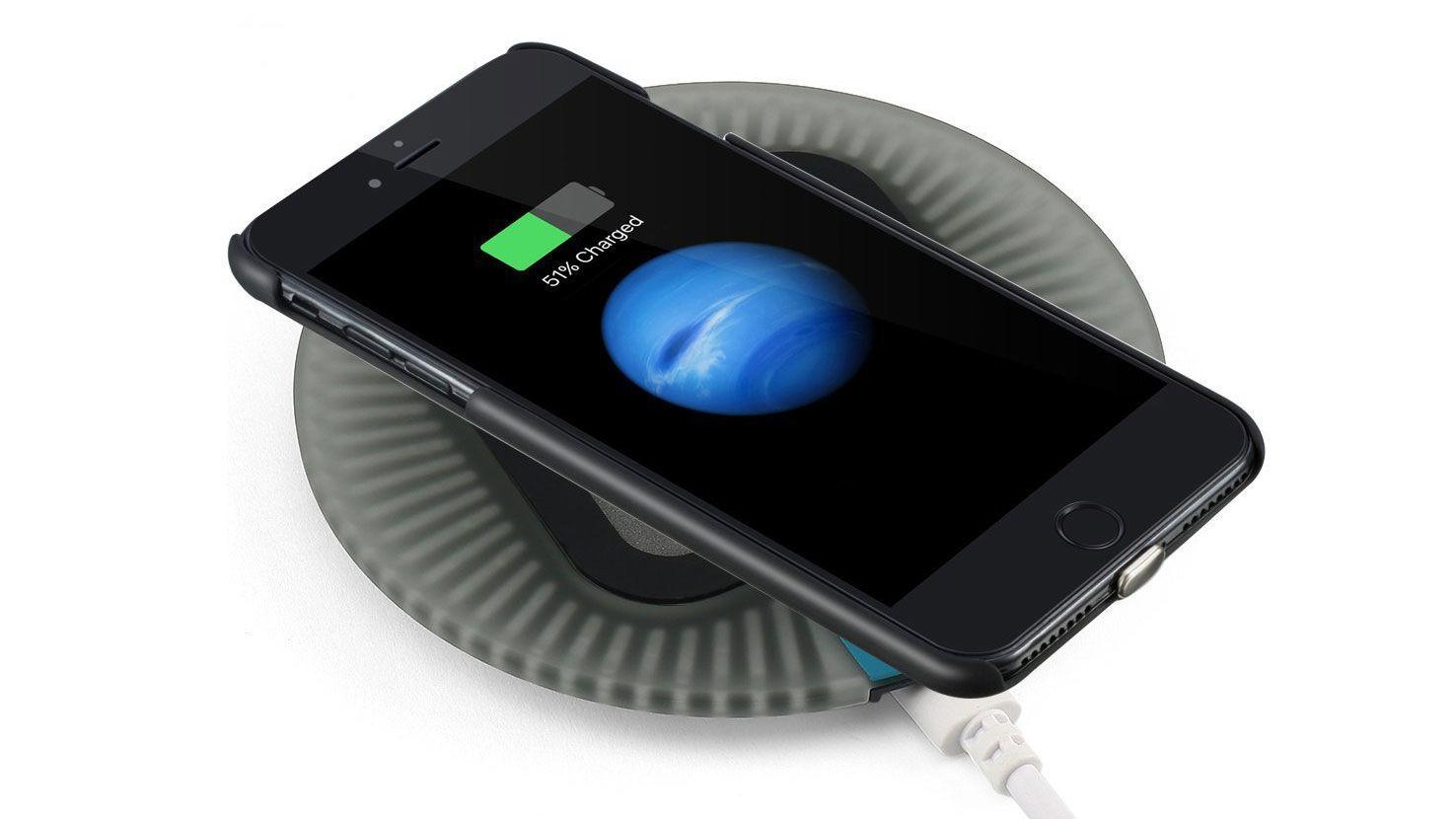 The Antye Qi Wireless Charger Kit includes a receiver case and a wireless charger pad. Versions for the iPhone 7 and 7 Plus costs £20.99/$30.99; there are also options for iPhone SE, 5s and more.

The Lightning connection used by the case is easy to unplug, so you can charge or sync your iPhone without removing the case. 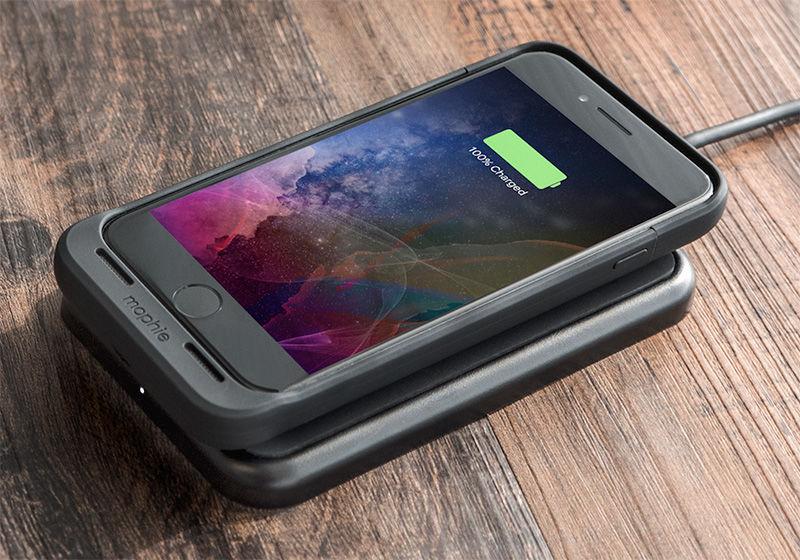 Combining the best of both worlds is Mophie’s Charge Force base, used in tandem with the company’s Juice Pack battery cases. This way you get extra power on the road and an almost effortless recharge when back at base. (You need both products to charge wirelessly.)

They’re compatible with Qi and other wireless charging technologies. You can top up your iPhone 6/6s/Plus or 7/Plus and Juice Pack wireless cases at home or work, or in cafés, cars and anywhere that has a compatible wireless charging pad. Mophie offers Charge Force mounts for your home (the Charging Base costs £34.95/$39.95), plus desk and car (£49.95/$59.95).

Just place your Mophie-cased iPhone on top of the charging base. As soon as the internal magnets lock together, power will start flowing to both your phone and battery case.

The Charge Force technology works with the Mophie Juice Pack Air for iPhone 7, and will work with other wireless-charging enabled smartphones. 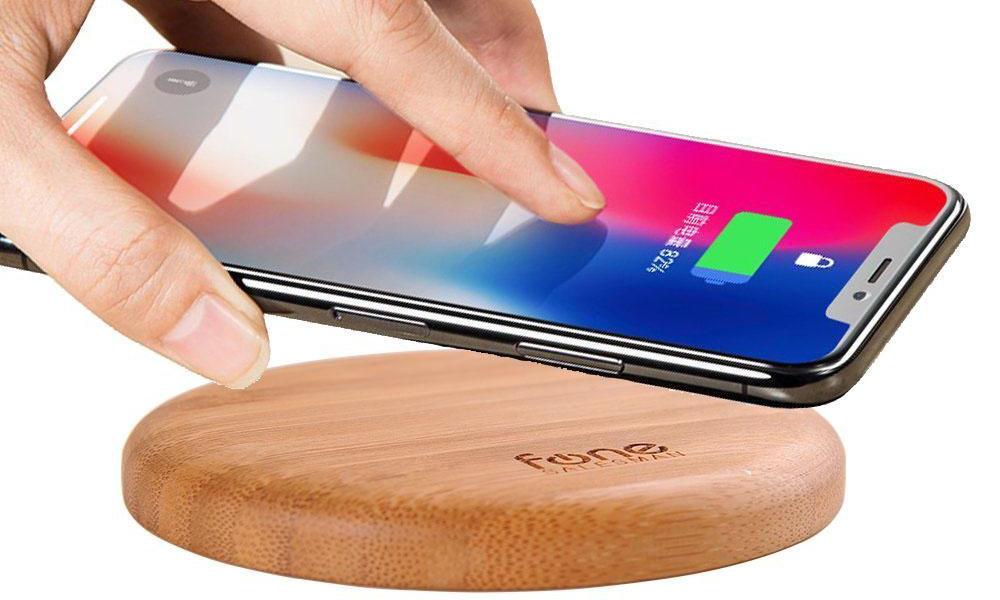 There are a few alternative charging pads available to use with your iPhone once you have fitted it in a charging case.

The WoodPuck, for example, is a Qi Wireless Charger Pad that looks like it’s made from wood. 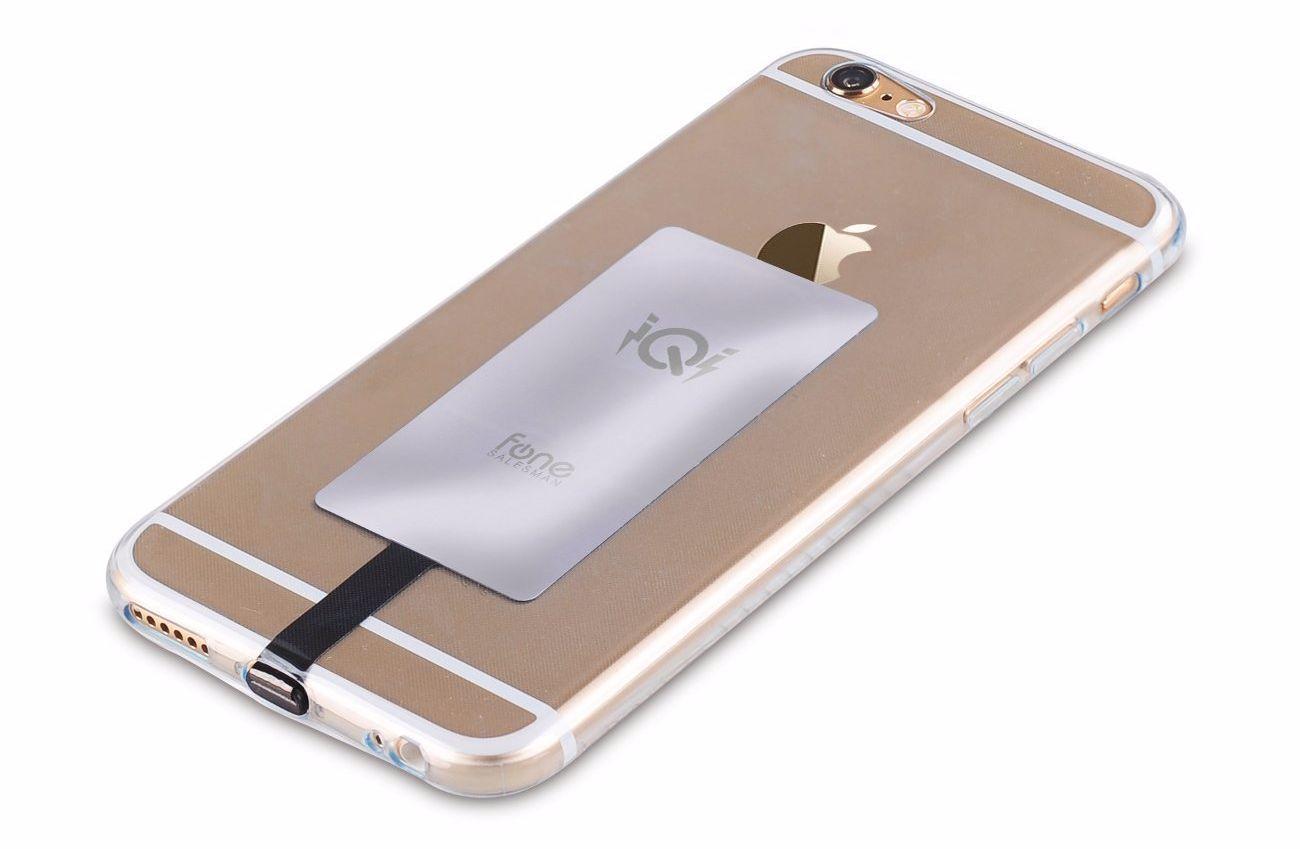 iQi Mobile is a 0.5mm-thick wireless charging receiver that sits between your existing iPhone case and your iPhone. Because its a receiver rather than a case, it’s compatible with any Lightning-enabled iPhone.

The receiver features an incredibly thin cable which bends around the bottom of your phone and sits permanently in the Lightning jack. The receiver works specifically with the Qi wireless charging format.

The benefit of the iQi Mobile receiver is that you can keep your existing case and add wireless charging to your iPhone (although a soft case is recommended).