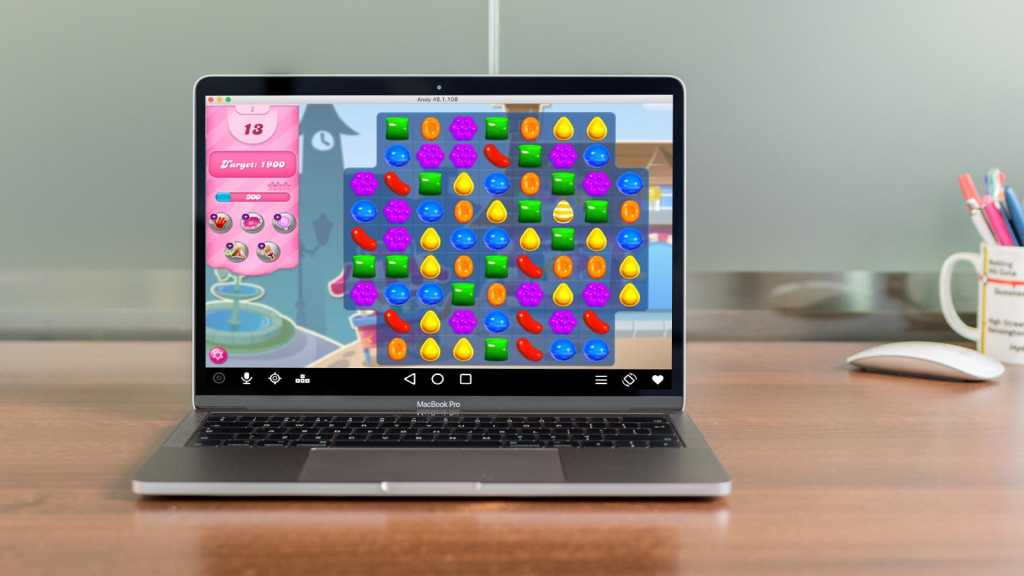 Much as it pains us to admit this, Google Android is the most popular operating system in the world. The vast majority of Android users are on phones, with most of the remainder on tablets, but a tiny niche have decided for one reason or another that they want to run this versatile OS on their desktop, and this calls for emulation software.

In this article we cater for the niche within the niche: those who wish to emulate Android on a Mac computer. Here are the best Android emulators for Mac.

We have specific recommendations below, but there are a couple of general principles you should keep in mind when choosing an Android emulator for your Mac.

Price: You don’t need to pay for an Android emulator, and there are perfectly decent free options out there. But there will be compromises, and you should check that these are acceptable. Some emulators install bloatware and other junk on your system; we’ve excluded a couple from the article for this behaviour, although bear in mind that a certain degree of sketchiness is sadly par for the course in this area.

Ease of setup: Although installation is simple enough in theory, all the Android emulators we’ve tried present a delay at some point while they download a bunch of files. Don’t expect to be able to run the app instantly. The most painful in this respect was Genymotion, but AndY’s installer took its sweet time too.

Performance: How quickly does it run? Does it approximate the slick performance of an up-to-date Android phone, or does it lag? The latter can ruin your experience on speedy mobile games, for example.

Version: Which version of Android does the emulator offer? Very few will let you run the newest edition; Genymotion is the outstanding choice here.

Features: The main thing to look out for is the ability to emulate touchscreen gestures. Nox, for instance, allows you to bind swipes and tilts of the virtual device to keyboard shortcuts. If you haven’t got these options it will be impossible to use some mobile apps and games.

Mac compatibility: Sounds obvious, but not all emulators run on macOS.

If you’d like a little more information about using these emulators, take a look at How to run Android apps on Mac. 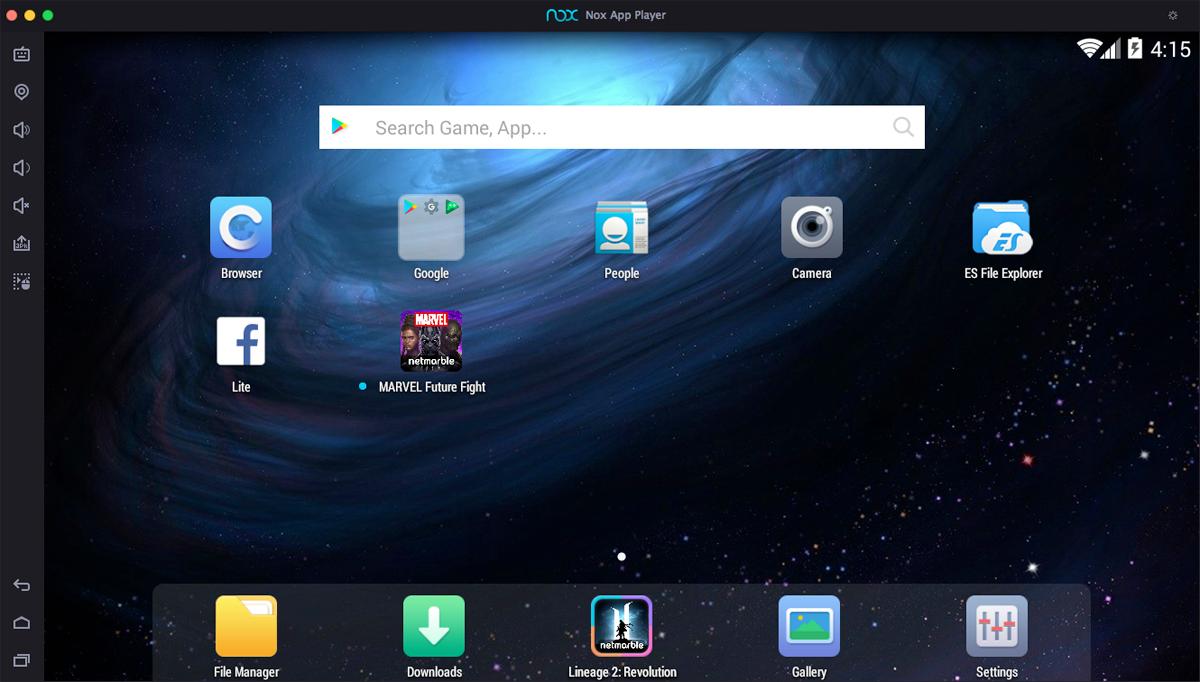 Nox is a simple Android emulator to set up (download the installer, double-click it, drag the app icon into Applications and you’re good to go), works fine on Mac, doesn’t cost anything and has a range of advanced tools that let you assign seemingly mobile-only actions – such as tilting left or right to ‘lean’ in Temple Run – to keyboard shortcuts.

We’ve found performance mostly exemplary, although it does take longer to start up than most apps. (Initial setup was quick, but there is a small delay each time you fire it up.) Furthermore, when playing fast-twitch games such as Fruit Ninja it occasionally couldn’t keep up with our swipes to quite the same sensitivity you’d experience on an Android phone. But overall this is an excellent choice.

A final note: at time of writing you get Android 4.4.2 KitKat, a seriously old edition of the OS, so don’t expect the latest features. 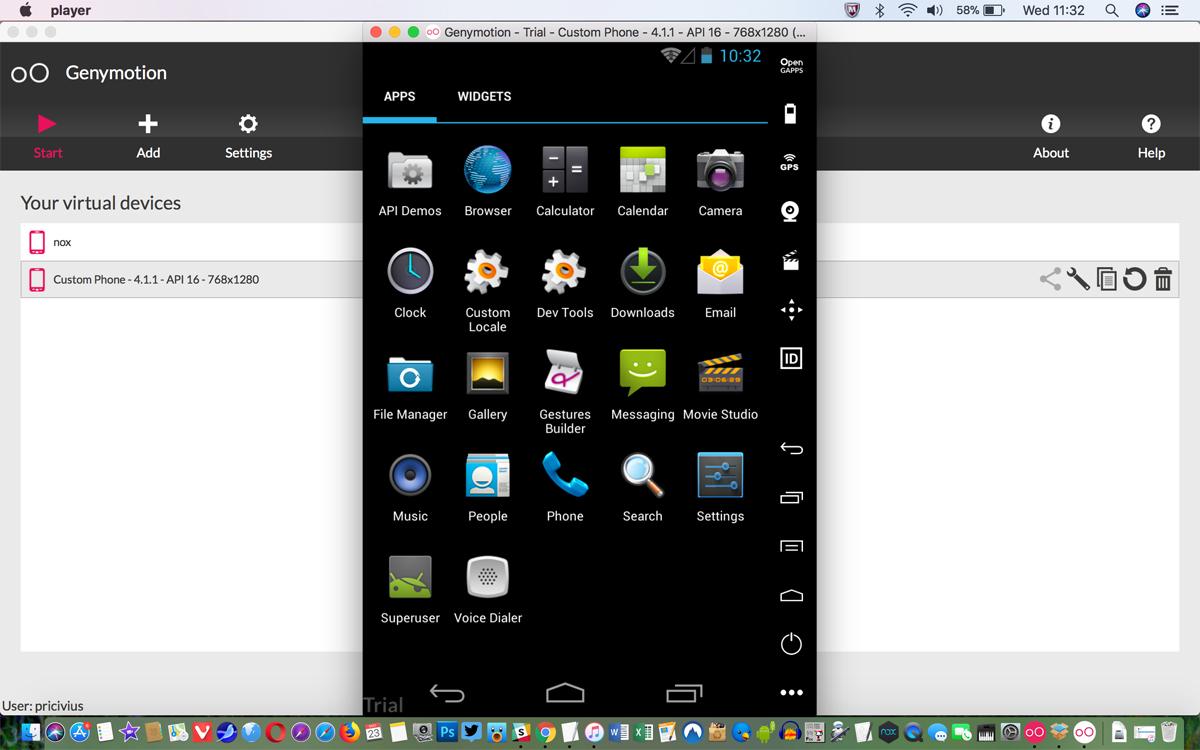 Genymotion is a far more sophisticated emulator than Nox, but then you do pay through the nose for the privilege (a free trial is available, mind you). It’s targeted primarily at software developers rather than consumers, but if you think you need its power, give it a try.

When you open the app you’re asked to add a virtual device, and you can decide what model this is – such as a Google Nexus 6P – and the version of Android it runs. (Be warned that it can take ages to download the necessary files to ‘build’ your virtual device; expect anywhere up to 350MB. Ours timed out a few times before we could get it to complete, although this is partly down to a less-than-ideal broadband connection.)

Another advantage over Nox is that, at time of writing, you can go all the way up to Android 8 Oreo, rather than being stuck in the stone age of 4.4.2: an essential inclusion for those who want to experiment with Android features as they currently are rather than as they used to be. Performance is fast. And you can connect a physical device to your Mac and use it as a remote control for apps you’re testing in Genymotion. 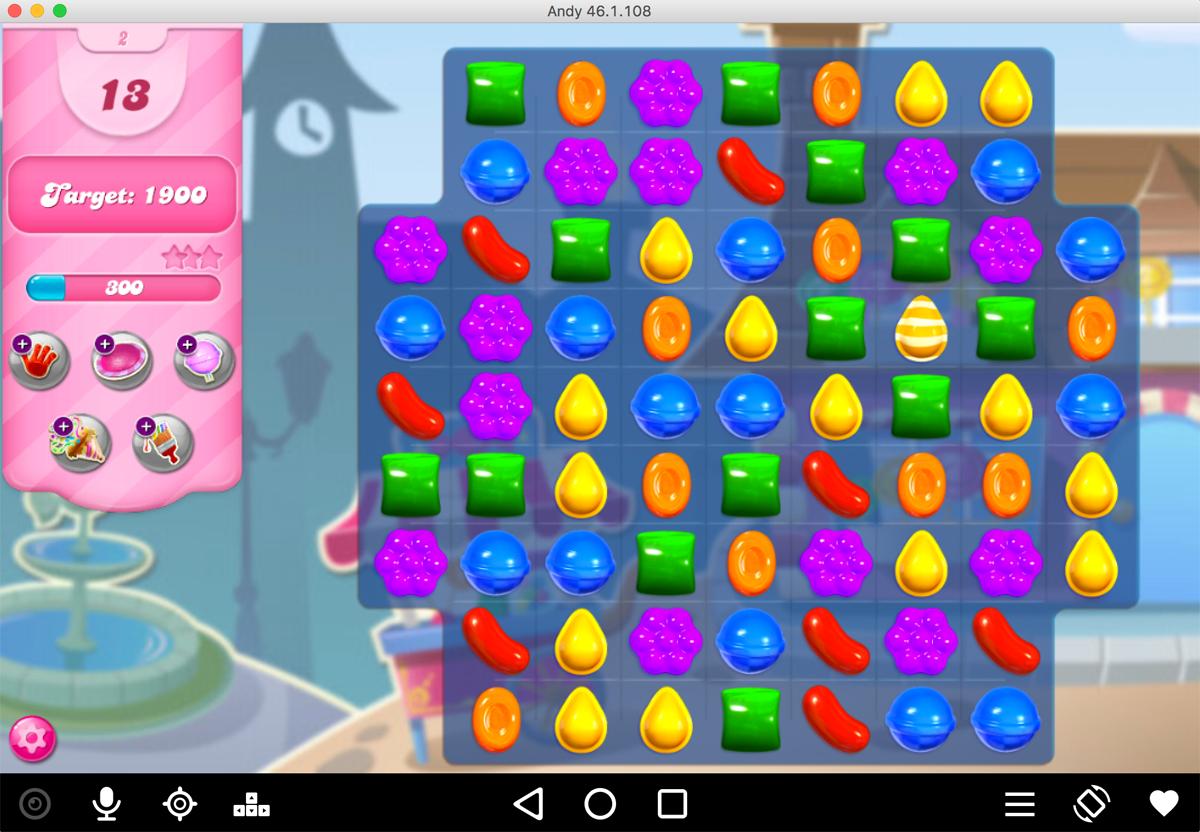 This popular choice of emulator didn’t start well: during the installation process (which took a while to complete) AndY encouraged us to install a search tool, and then something called ‘Advanced Mac Cleaner’. This is not behaviour we’d expect from a reputable piece of software, but both could be skipped without apparent consequences and we’ve not had problems since, so we’ll look the other way for now.

Performance was okay, but we saw occasional slowdown (on a 2015 MacBook Pro), and one app – Fruit Ninja – refused to load at all.

We installed the latest version of AndY and it came with Android 4.2.2. There’s no way to update to a newer version from within the app, although AndY may be itself be updated in future.

This is a straightforward enough emulator that does the job, and because it’s free it won’t hurt to give it a try. But we’d put Nox ahead of it on performance, and Genymotion is miles ahead on both performance and features (albeit a lot more expensive).

A final, slightly worrying, note: a Reddit user believes AndY installs a cryptocurrency miner that runs in the background even when the program is closed. We’ve not seen the same suspicious behaviour when running AndY on macOS and in our opinion this software is fine on this platform, but it’s something to bear in mind if you find your system behaving oddly. Read more in this Reddit thread and this article.