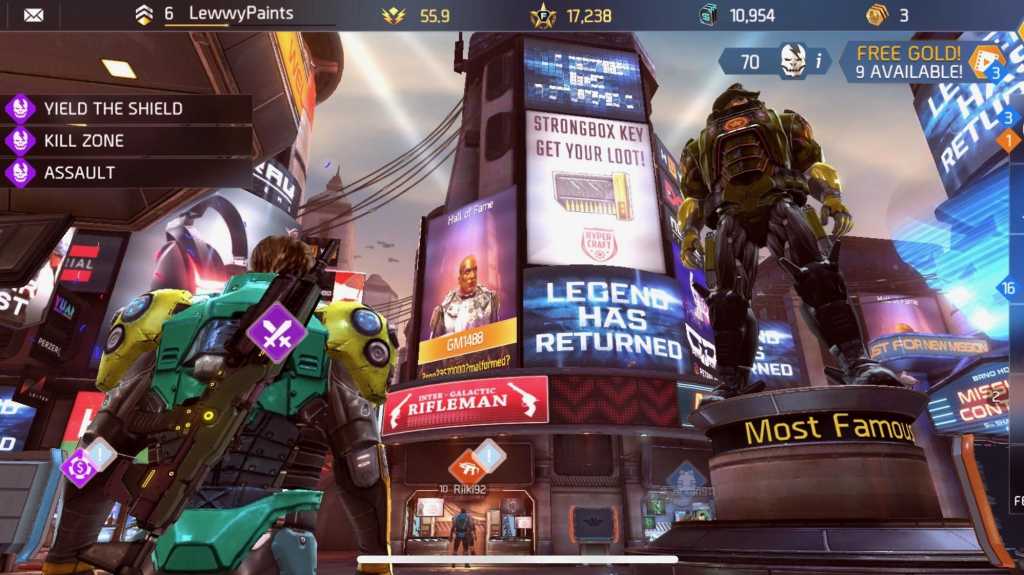 There are literally hundreds of thousands of brilliant iOS games available for iPhone and iPad users on Apple’s App Store, covering every genre and sub-genre you could think of. But when you scroll through the App Store’s various charts, you may notice that the charts are often packed with games aimed at toddlers and kids. It’s great for kids, but what about us adults? Contrary to popular belief, adults in this day and age like to play games too. Shock, horror, we know.

So, if you can’t rely on Apple’s charts, how else can you find the best games for adults on the App Store? Y’know, the ones without the fluffy bunnies, annoying high-pitched characters and basic tap controls. Fear not, as we at Macworld UK have been tapping away like crazy to bring you our selection of the best iPhone and iPad games for adults.

Text-based games are all the rage at the moment, combining the thrill of reading with great sound effects and the interactivity of modern games. What’s not to like?

That’s certainly the case with Powerless, the newest game in our roundup. In Powerless, you’re placed in a simulation where you follow the lives of several characters during and after an extinction-level event. Depending on the characteristics of your selected persona, you’ll have to make tough (and sometimes even traumatising) decisions to keep yourself alive. One wrong decision could be your last – as it was for us on many occasions.

The story is dark, bleak but also heart-warming at times. The use of sound effects really helps immerse you in the story, even without images to accompany the narrative. And with multiple endings, you’ll find yourself constantly replaying the game trying to find the best way to help everyone survive the dangers of a post-apocalyptic world without power.

Powerless isn’t out just yet, but we were given an exclusive sneak peek at the upcoming title. It’ll be out very soon.

If, like us, you spent hours lost in the fantasy world of Sim City 2000, you’re going to love Pocket City. We see it as a spiritual successor to the hit game, allowing you to design (and destroy) sprawling cities without long building times and annoying in-app purchases. You go at your own pace, and follow a variety of quests that’ll help your city go from a tiny town to a huge metropolis, designing everything from the road network to huge tourist attractions.

It’s deeper than simply choosing where residents should live, work and play, though. You have to make choices on taxes, ensure that you’re exporting more goods than you’re importing, respond to emergency situations and generally stay on top of the hustle and bustle of city life. The combination of random events and long-term quests will keep you engaged and building for hours, if not days!

Games focused around building bridges aren’t new; a quick search of the App Store will reveal tens, if not hundreds of bridge-themed games available to download. The issue is that they’re all essentially the same thing, and rarely offer any kind of challenge – especially for experienced bridge builders.

That’s where Bridge Constructor Portal comes in; it’s a bridge building simulator like the others, though it features GLaDOS and other elements from the Portal series. This makes the game more interesting, not least of all because your computer overlord will verbally abuse you from time-to-time (when she’s not making cold-hearted remarks about the workers you kill when testing your bridge designs) but because it adds new elements including portals, sentries, laser grids, bouncy surfaces and more, all for you to experiment with.

It’s a game that requires a lot of patience, planning and good ol’ fashioned trial-and-error, ideal for the grown-up mind. 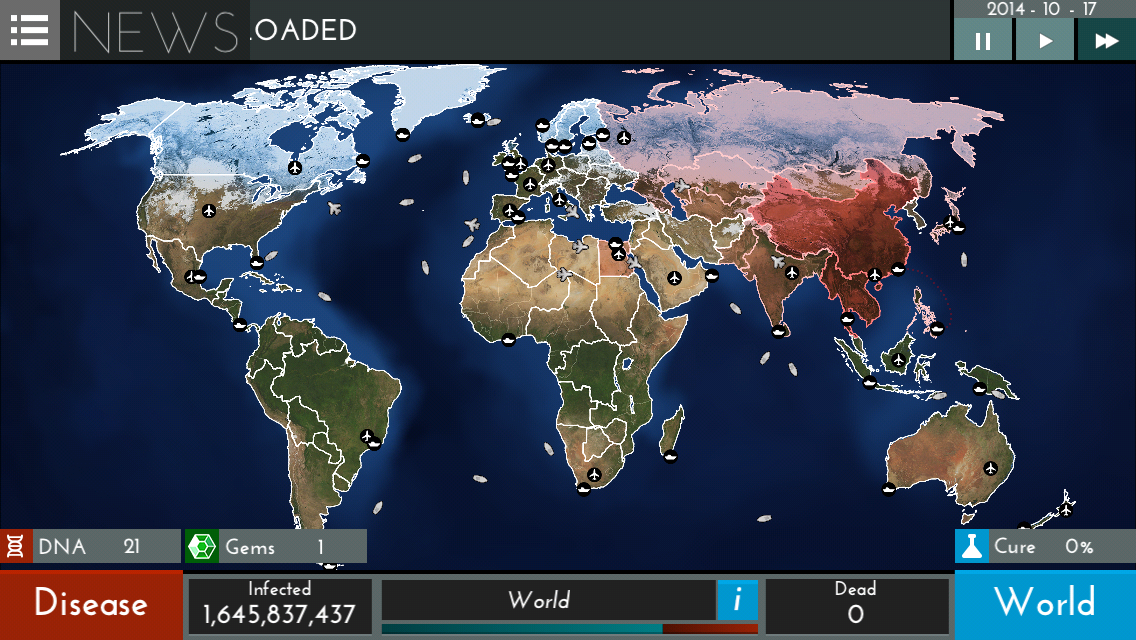 This one’s a strategy game with a twist; rather than trying to help the world fight off the spread of a contagious, deadly disease, you’re in control of the disease. You’ll start off with a fairly non-threatening virus, and using points awarded for damaging the population, you can mutate the virus into something deadly. You decide almost every characteristic of your virus, from how it spreads through different countries to how resistant to medicine it is, and your decisions have an impact on how the virus spreads.

Even if you manage to wipe out the world’s population before they eradicate your virus (which in itself is no easy feat), the game isn’t over. In fact, it only gets tougher after your first run. You’ll be faced with varying scenarios, from airport closures to Ice Age-esque conditions, and it’s down to you and your decision-making skills to work out how best to overcome any kind of situation.

Just think, one day you could be as famous as the Bubonic Plague!

Shadowgun Legends is an impressive shooter for iOS, both in terms of scale and gameplay, offering a huge online world full of activities where you can seamlessly play with friends. You can follow the campaign (which spans over 200 missions on multiple planets) for an engaging story in small bite-sized portions, or jump into some quick PvP action, whether it’s 1v1 or team-based. You’ll take on some of the deadliest aliens in the universe, and the epic boss fights are unmatched – especially on iOS.

With a combination of auto- and manual-fire, the gameplay is fast-paced and explosive, though no mission lasts longer than a few minutes – ideal for a little break in the work day, or to pass the time when waiting for a bus. The opportunity to customise almost every element of your character (from weaponry to armour) will keep you coming back, again and again.