Apple has unveiled its latest batch of smartphones for 2019/2020, and while the iPhone Pro models are getting most of the press attention, the more affordable non-Pro iPhone 11 is a more realistic option for most buyers.

Well, you know what else are affordable? Android phones. And right now, we suspect, a lot of phone buyers looking for a good-quality handset that won’t break the bank are trying to choose between the iPhone 11 and the flagship alternative from their Droid manufacturer of choice.

To help you make this buying decision, we’ve put together this guide comparing the iPhone 11 with the best Android smartphones: rating them for specs, features and price.

iPhone 11 vs the leading Android phones 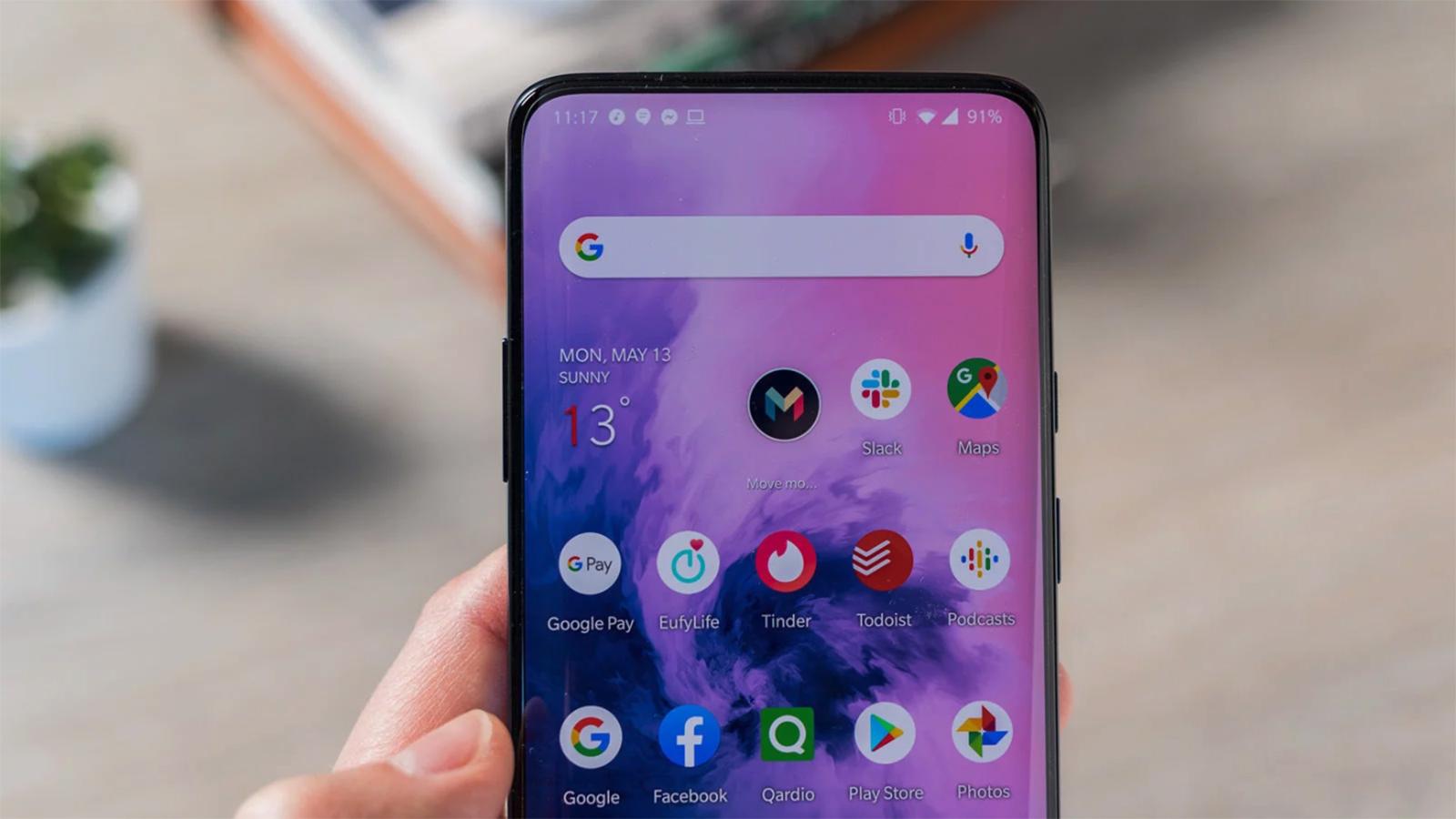 You’ll struggle to find any faults in the OnePlus 7 Pro. In Android world the display, camera and core specs are all essentially best-in-class, or near enough, while the few shortcuts are easily explained away by a price point that comfortably undercuts its closest rivals.

Compared to the iPhone 11, it offers a similarly formidable challenge. The entry model is £80/$30 cheaper, for a start – not a huge saving, but impressive when we move on to a spec list which is substantial better in many areas.

You get a larger (6.67in rather than 6.1in) and sharper (516ppi rather than 326ppi) display, and because it’s an OLED rather than an LCD you’ll get richer blacks and better power efficiency. There are triple cameras on the back, compared to the 11’s twin lenses, and these top out at a far more impressive 48Mp – although there’s more to life than megapixels, and the actual photographic performance of Apple’s new phone is exceptional.

Apple does also offer wireless charging and far better water resistance, and as ever we believe you’ll get a better experience with iOS than with Android. But this is a serious contender for your cash. Right now, mind you, you’d be well advised to wait for the OnePlus 7T, which is slated to launch on 26 September. 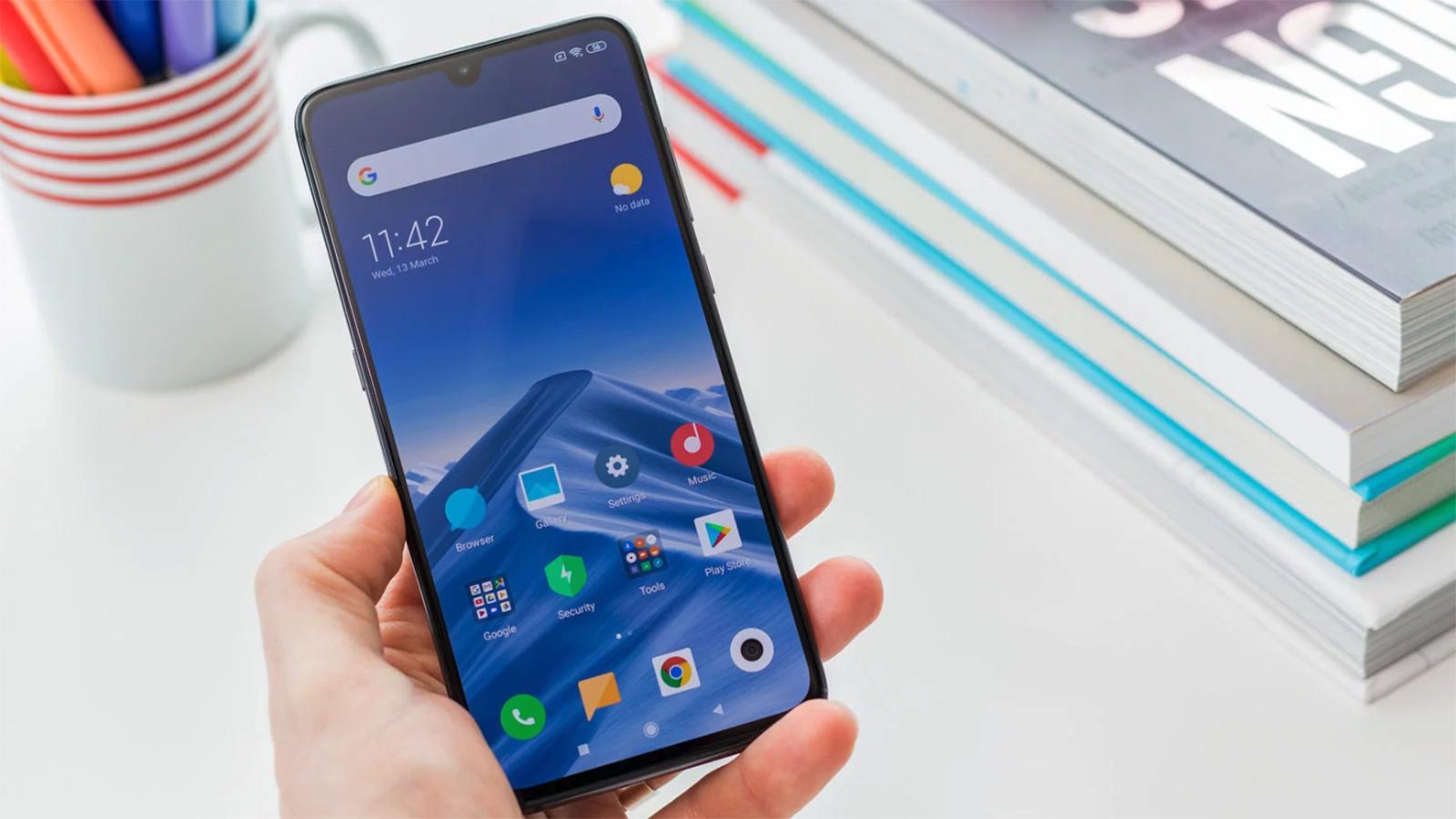 Devilishly fast, insanely beautiful and offering peerless value for money: the Mi 9 is one of the best phones in the world, yet it comes in at a mid-range price.

You now get an in-display fingerprint sensor as standard, Qualcomm’s latest Snapdragon 855 processor, 20W wireless charging, a big screen and a triple-lens camera featuring a massive 48Mp lens. This is one of the market’s top-rated camera phones.

The iPhone 11, which starts at a cool £230 more, has no hope of matching the Mi 9 for sheer value, and lags behind in many headline specs. It has a smaller screen (6.1in compared to 6.39in), and while the Xiaomi isn’t quite so far ahead on sharpness as the OnePlus 7 Pro, it’s still an uneven contest: 403ppi vs 326ppi. And while the iPhone 11 is a terrific camera phone, it has fewer camera lenses, and the ones it has are consistently lower-specced.

We look forward to seeing the two phones go head to head on performance: Apple believes the A13 Bionic chip in the iPhone 11 boasts the fastest GPU and CPU in any current smartphone. The 11 also offers excellent battery life and water resistance. 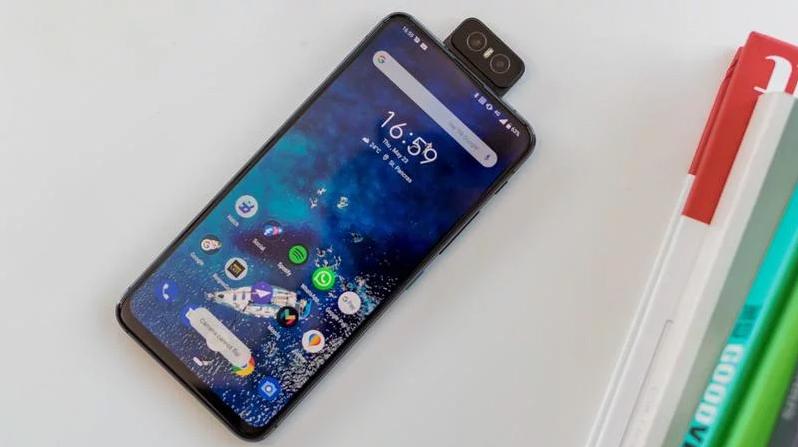 The ZenFone 6 has an innovative Flip Camera system which uses the same lenses for both front and back, thereby providing a high-end shooting experience without compromising on screen space. For Apple fans used to Jonny Ive’s trademark understated minimalism this does feel a little gimmicky, and we worry that it’s a likely point of failure in the future, but there’s no denying it’s a clever approach to the camera side of things.

Photos captured by the ZenFone turned out detailed and vibrant in our testing, and the ability to record 4K@60fps with EIS is pleasing. But the iPhone 11 is one of the best camera phones out there, boasting a new Night Mode among other improvements for 2019, and won’t let you down.

Beyond the camera setup, the ZenFone 6 is a stunning piece of hardware; its curved rear fits nicely into your hand and it boasts a 6.4in display free of bezels and notches. That’s bigger than the iPhone’s 6.1in screen, of course, which does have a notch. 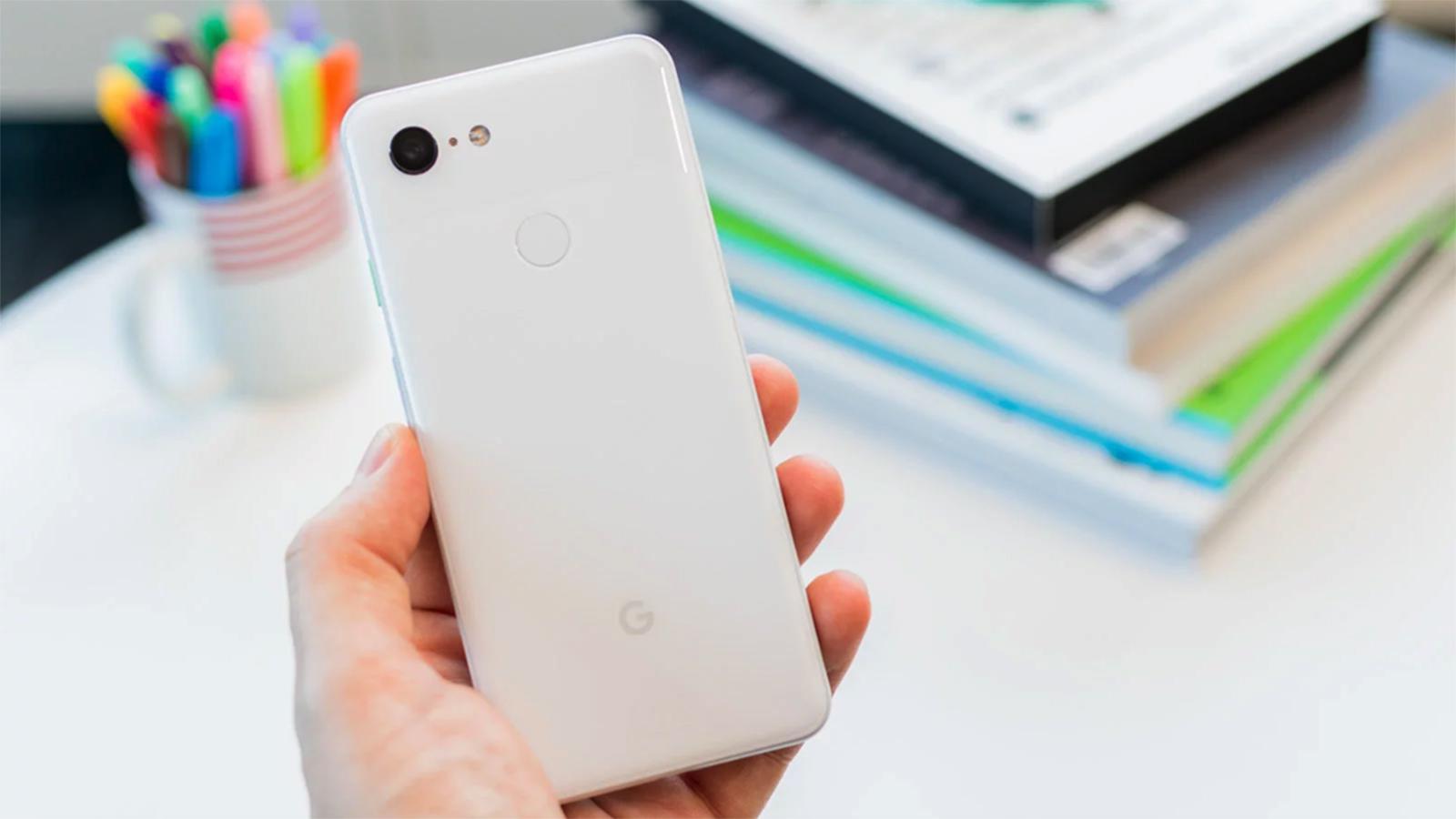 The Pixel 3 offers great performance, a market-leading camera – albeit one with only a single lens on the rear – and a premium design. Sound familiar? Also like the iPhone, it benefits from its software and hardware being overseen by the same company, and Pixel devices will always be first in the queue for Android updates.

Google has paid special attention to the display, which is much better than the previous two generations of Pixels – at 5.5in it’s considerably smaller than the iPhone 11’s 6.1in, but it’s OLED rather than LCD. The all-glass back now allows for wireless charging, and Google bundles USB-C headphones in the box. The iPhone is still stuck on Lightning.

Note that the Pixel 4 is scheduled for launch on 15 October 2019, so it’s worth waiting to see what Google’s got up its sleeve for the next generation. 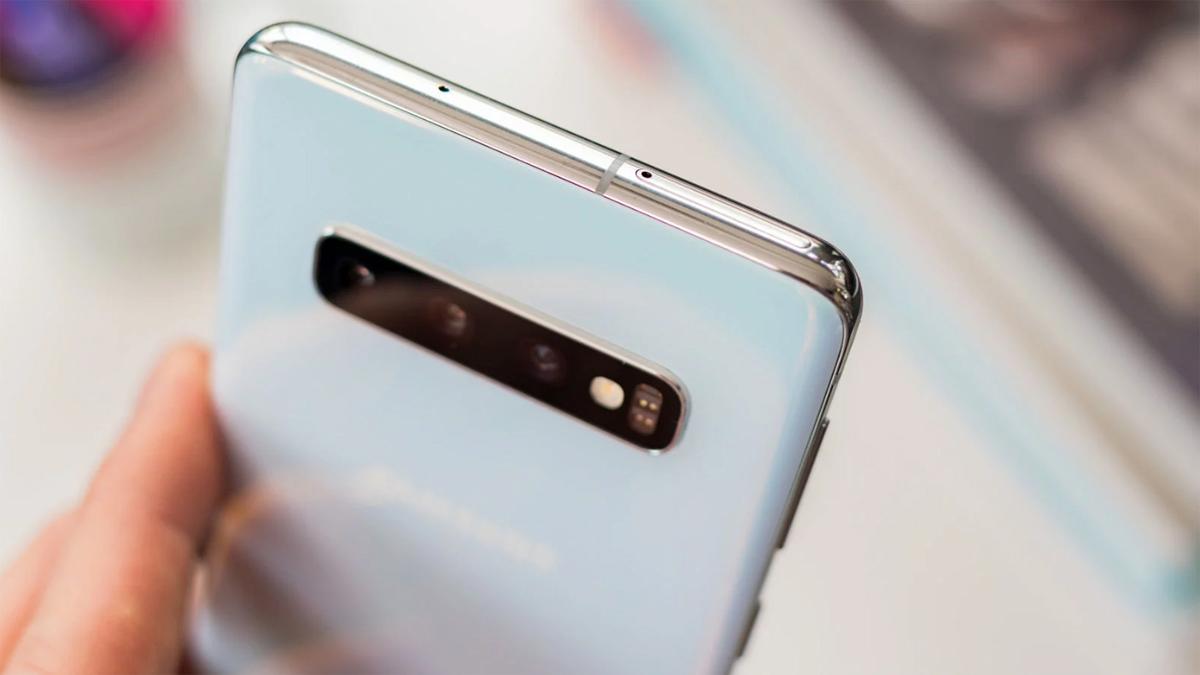 Even the regular Galaxy S10 is more expensive than the iPhone 11 – Apple’s offering starts at £70/$200 less – but there are two obvious upgrades contained within that premium price tag: triple rather than dual rear cameras, and a 550ppi OLED rather than 326ppi LCD 6.1in screen. The S10’s performance is outstanding, the design premium and the software better than ever.

Our reviewer warned that battery life on the Exynos model is merely acceptable. We haven’t tested the 11’s battery performance yet but have high expectations. 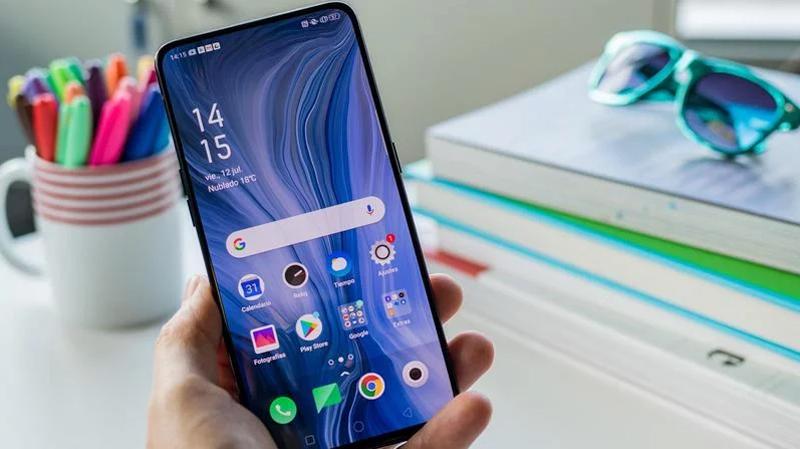 MSRP: To be confirmed

Getting a Snapdragon 855 processor and a full-screen, notchless display for £699 is a terrific deal but the Oppo’s real sell is its triple camera array. With a 48Mp main lens and a 5x optical zoom that can simulate 10x thanks to software tricks, this is one of the few cameras on the market that can rival the Huawei P30 Pro.

We’d back the iPhone 11 against most rivals in photographic terms, but it does have only two lenses on the rear, rated at only 12Mp, and it has no optical zoom in at all. (It does have a zoom out, thanks to its ultrawide lens. That might sound like a quibble, but this feature won’t be used in the same way as a close-up zoom.)

The Oppo’s screen is less of a blockbuster than some of the Android phones here but it’s still bigger (6.6in vs 6.1in) and sharper (387ppi vs 326ppi) than the iPhone’s offering. And it’s an AMOLED screen not LCD.

Our reviewer felt that the Oppo’s speakers are a bit underpowered, and noted that ColorOS still feels like a work in progress. This is one of the downsides of shopping Android: there are various skins, customisations and forks of the main operating system and each has its own idiosyncrasies. 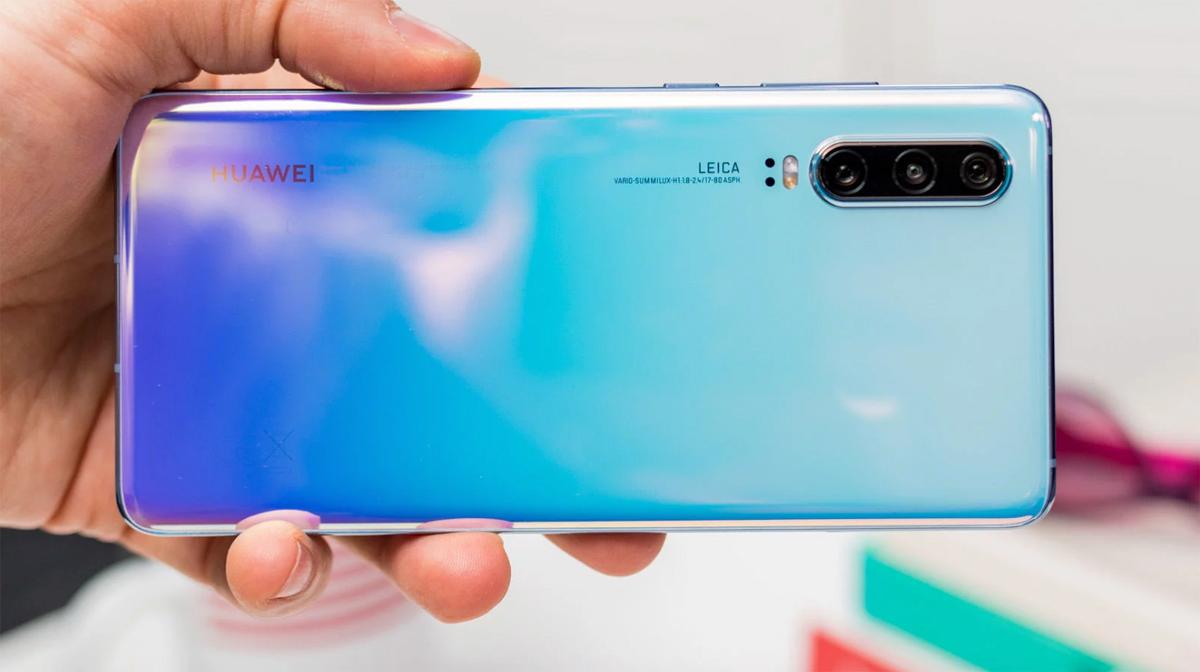 Huawei’s P30 is all about the camera, which is a match for almost any flagship out there, especially in low light and long-distance shots. Of course Apple now has its dedicated Night Mode to call on, but on numbers alone the iPhone 11’s camera setup (twin rear lenses at 12Mp) looks far less intimidating than Huawei’s three rear lenses at 40Mp, 16Mp and 8Mp.

The P30 looks great, with a 6.1in, 422ppi OLED screen (featuring a small notch), some lovely colourful finishes and a seriously slim body – though the trade-off is one of the worst camera bumps we’ve ever seen… not that we’re overkeen on the bump-on-a-bump layout of the iPhone 11’s rear lenses. And there’s even a headphone jack, which Apple has famously stopped including on its iPhones. 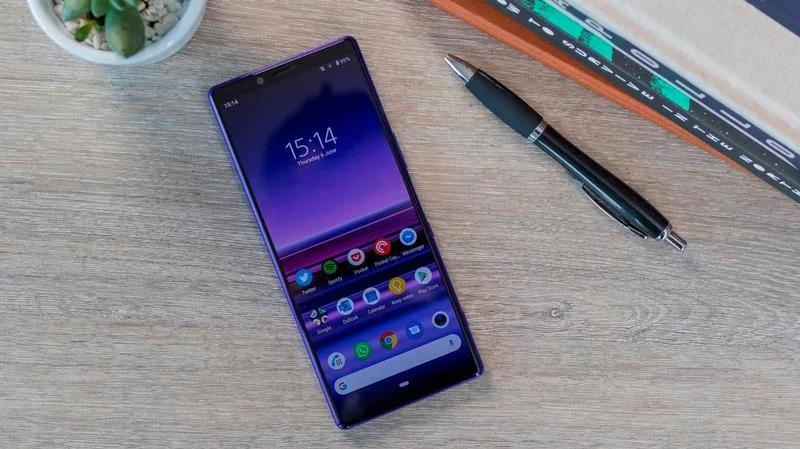 The Xperia 1 will appeal to those who want a superb display (6.5in OLED at a phenomenal 643ppi), capable cameras and excellent build quality. The iPhone 11’s 6.1in 326ppi LCD is decent enough but offers roughly half the pixel density.

The Xperia’s tall design is unusual but makes the phone easy to hold in one hand, while its dedicated camera shutter button and Cinema Pro manual video recording app make this a high-end option for video and film enthusiasts. Like many of the Android phones in this article it has triple cameras on the rear, whereas the iPhone 11 has only two.

The iPhone 11 is a decent amount cheaper, to be fair, starting at around £120/$250 less, so budget considerations will play a strong role here.