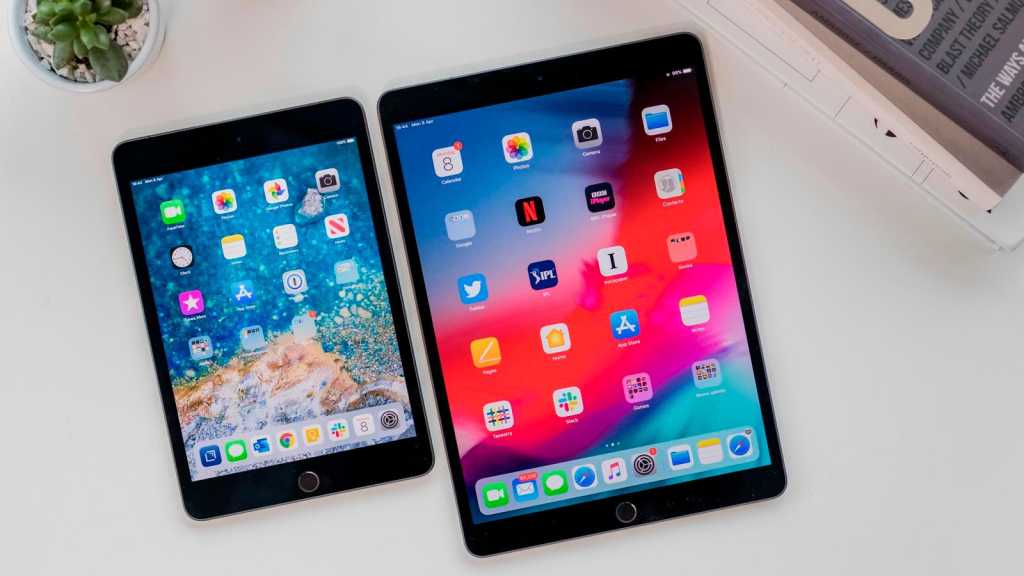 Water and electricity are not good bedfellows, and it’s generally not wise to get digital devices wet. But what would happen if you did get water on your iPad?

The answer is not immediately obvious, mainly because Apple is cagey about the water protection offered by its iPads. Look up the specs of the iPhone 11 on Apple’s website and you’ll see, fifth on the list, the IP68 rating of which the company is justifiably proud. Look up the same page for the iPad mini or iPad Pro and you won’t see any IP rating at all, or any reference to performance in liquid intrusion tests.

In this article, we investigate the waterproof (or rather water-resistant) credentials of the current and recent iPad models and also offer a selection of iPad cases that are designed to protect your tablet from the incursions of harmful liquids.

Are all iPads waterproof?

No. In fact, none of them are – at least officially. The reason why no IP ratings (certifying water and dust resistance) are given for the iPads is that the devices are not IP-rated, and make no claims in this area.

In practice this does not necessarily mean that a single drop of water will put your iPad permanently out of action; many parts of an iPad’s chassis, such as the screen, are able to resist liquid incursions, whereas it is the apertures (the Lightning, UBS-C and headphone ports, the speaker grills, and the microphones) that are vulnerable. But you should do your best to avoid putting this to the test.

We’ll now move on to a selection of iPad cases for whether you’re on a boat or in your bath, but if you’d be interested in related advice for your phone, take a look at Is my iPhone waterproof? For guidance on ways to save the day when the water has claimed a victim, read How to dry out a wet iPhone, much of which applies to iPads too. 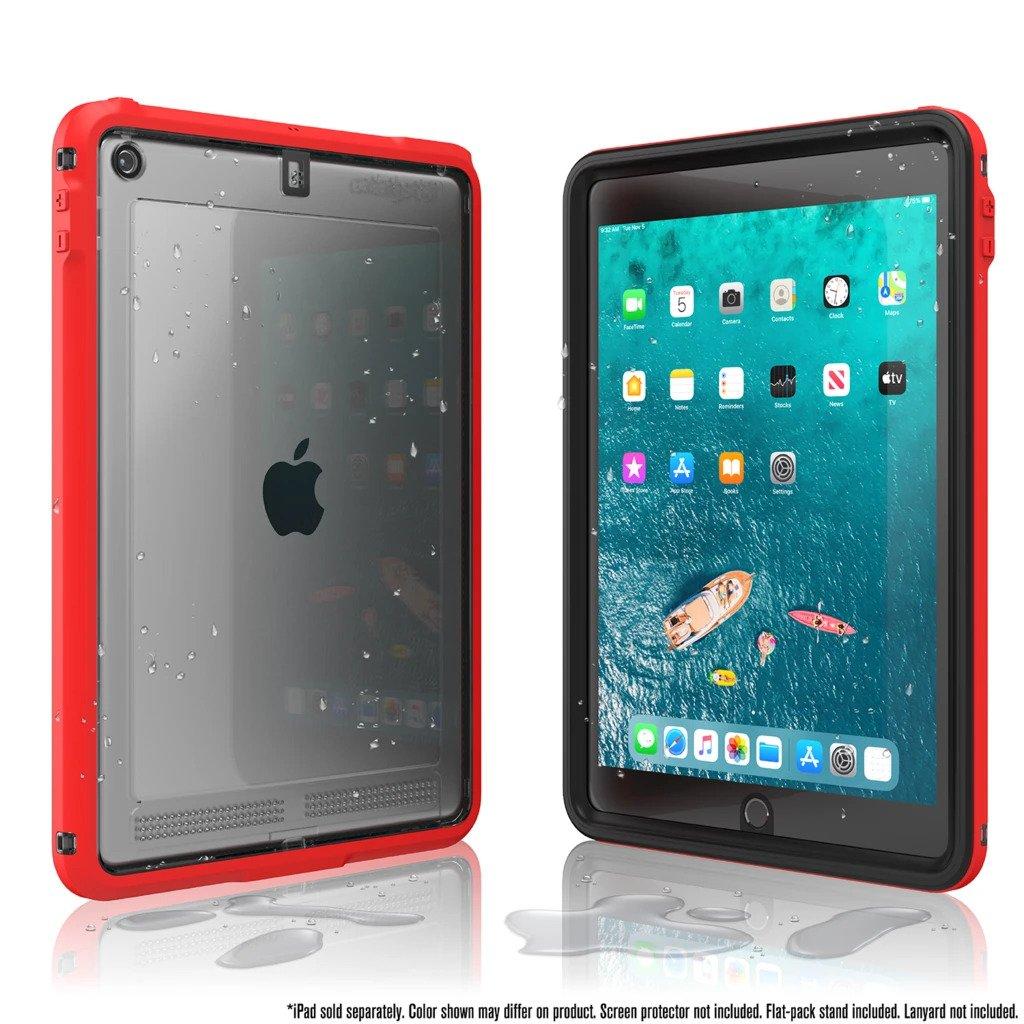 Catalyst’s cases are rated at IP68, which is about as good as it gets for consumer products. They’re not cheap, but if they save your iPad from a water catastrophe it’ll be well worth the money.

The latest model is for the iPad 10.2in. You can see options on Amazon as well in both the UK and US. 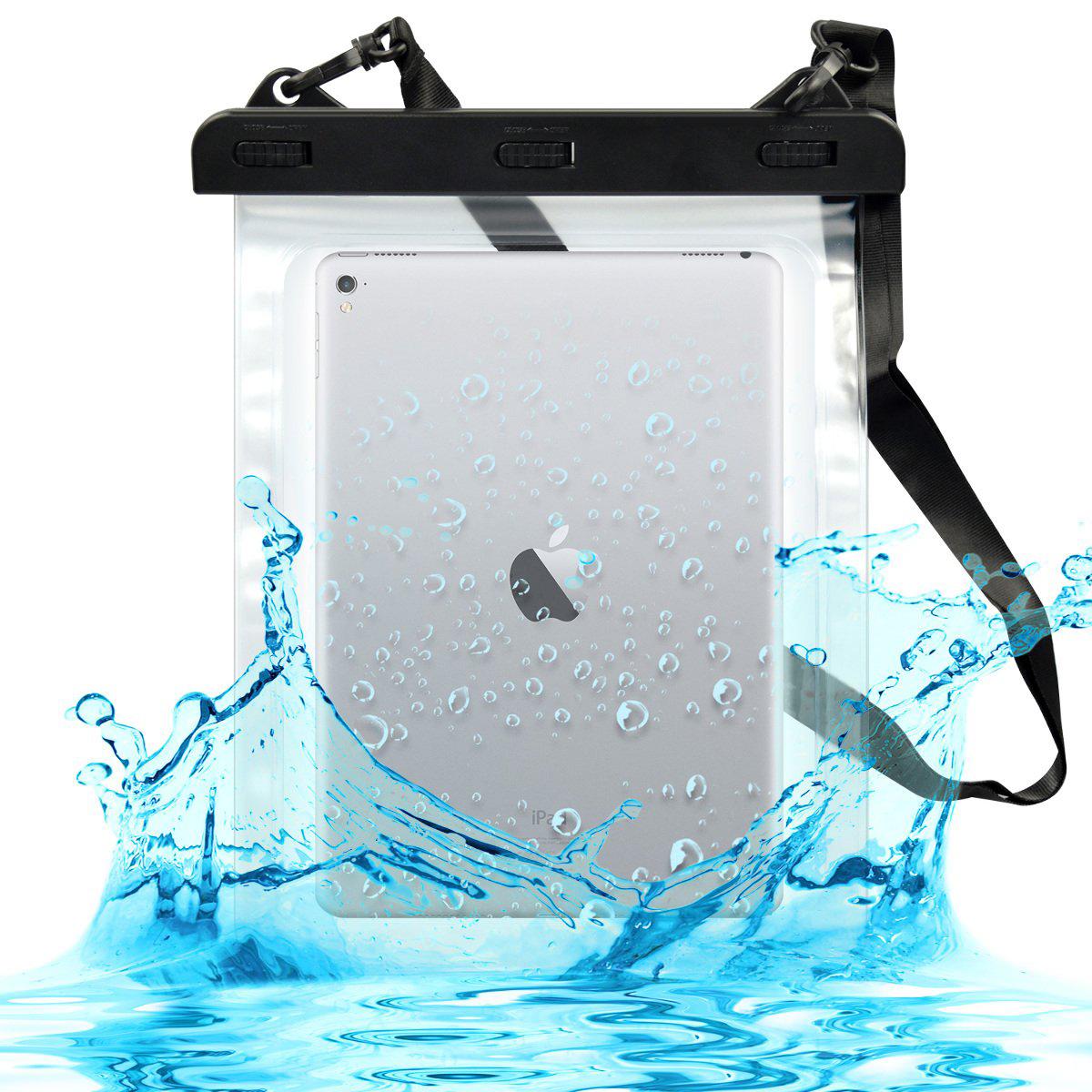 Measuring 25.5 x 20.5cm, this see-through pouch (£15.99/ US$16.99) is suitable for iPads between 9.7in and 11in in size – which means anything except the minis and the larger iPad Pro. You can use a touchscreen through the material and both front and back are transparent, so you can take photos too. 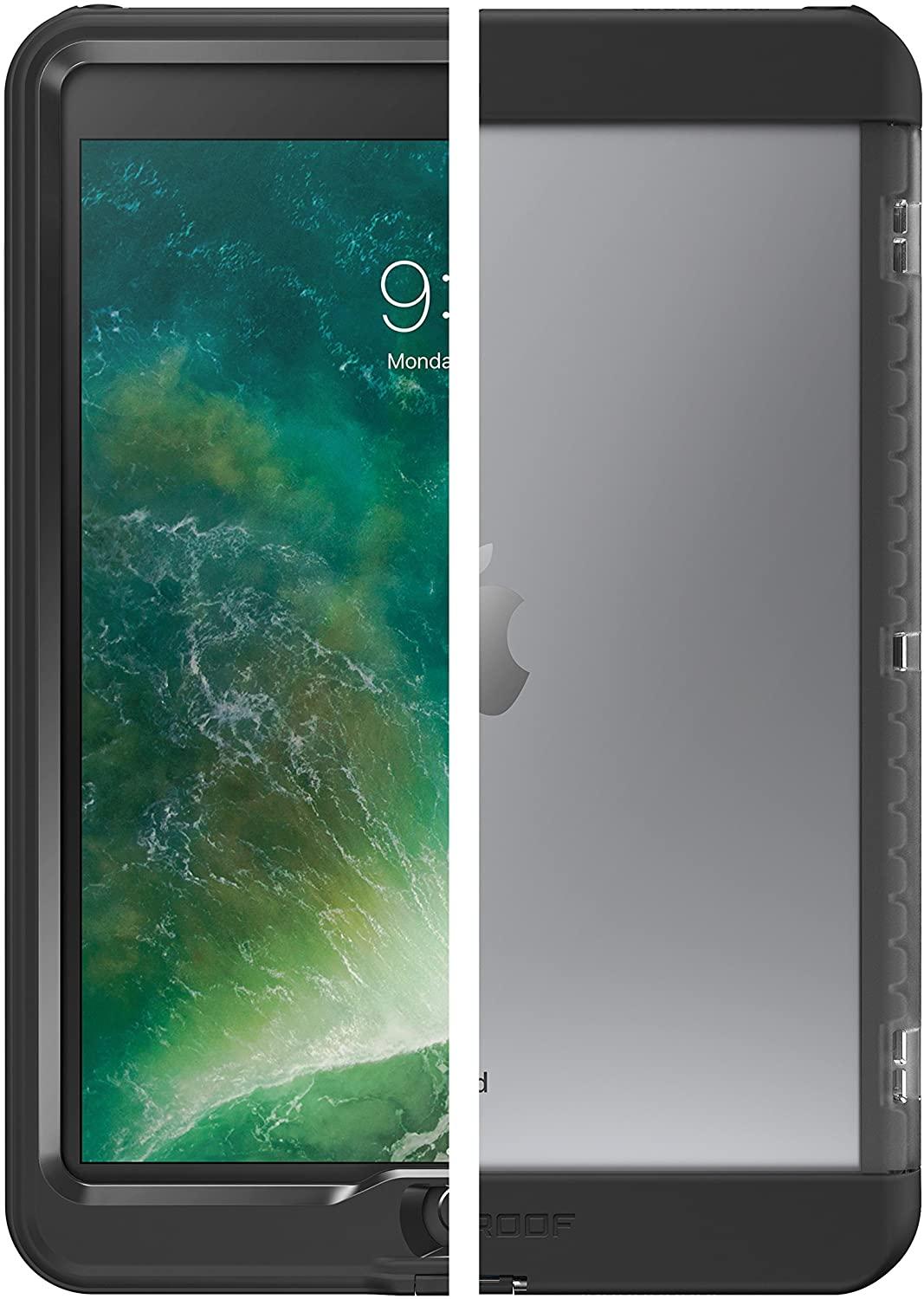 LifeProof is another brand that make rugged waterproof cases for iPad. With an IP68 rating, the Nuud cases can protect your iPad under 2m of water for up to an hour. In addition to waterproofing, Nuud cases also promise military-grade shock protection from drops of 6.6 feet or 2 meters.

See other LifeProof Nuud waterproof cases on Amazon for other iPad models. 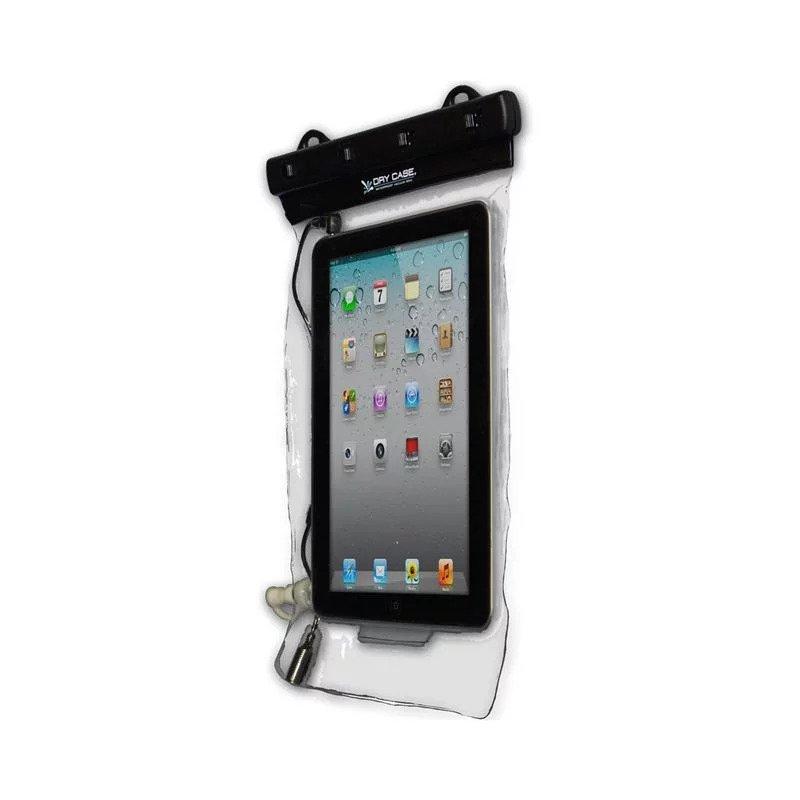 The DryCase is a clear waterproof bag that’s vacuum-sealed and suitable for all tablets; you use the hand-pump to remove air from the bag, then the tight seal keeps it dry even when underwater. It’s completely usable inside the bag, and comes with a neoprene armband.

The case doesn’t offer much physical protection, but it’s easy to use and keeps your iPad safe from sand and water.

Can I take my iPad swimming, or into the shower?

Absolutely not. We’re not sure why you’d want to, to be honest, but if you were tempted to read a book by the swimming pool using the Kindle app on your iPad mini, we’d recommend one of the waterproof cases above. Or use an actual Kindle, which is cheaper to replace and in most cases better at dealing with immersion.

We’re not sure, and the difference between the unrated iPads and the most recent iPhones, whose IP68 rating is as high as any in the smartphone sector, is stark.

Of course, we’re not expected to use our iPads in the same way as our iPhones. The latter go with us wherever we go (within reason), and are liable to be caught in heavy rain, dropped in toilets and dunked in swimming pools when their owners fall in while their teenage daughters laugh; iPads tend to be used in less of a ‘portable’ way.

But some people use their iPads (particularly the smaller versions) in a reasonably smartphone-ish way, and it’s odd that Apple hasn’t yet managed to translate the excellent water-resistance of the iPhone into the tablet world.