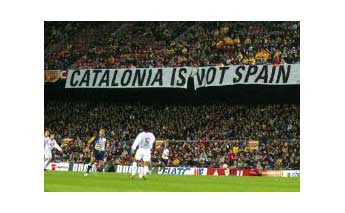 Catalonian Mac users are becoming increasingly angry at what they see as Apple’s refusal to recognise the region’s rich cultural heritage.

Mac users in the region have been campaigning hard to convince Apple to offer system level support for the Catalan language in its operating system.

Apple offered system-level support for the language in all previous Mac operating systems, from OS 7 to OS 9. The company that localises Mac OS X for Spanish, Portugese and French is based in Catalonia.

A letter to Apple CEO Steve Jobs from the local Mac user group that has actively been campaigning for the language support points out an historical relationship between Catalonia and Apple: the freeway in front of Apple’s Cupertino headquarters was named after a Catalonian missionary who founded San Francisco. Even stranger, the name Cupertino was declared by a Franciscan monk — who came from Catalonia.

Catalan is a living language, spoken by ten million people in a region of Spain that its people proudly describe as: “Catalan in not in Spain.”

Catalonia was one of the last hold-out areas to struggle against right wing General Franco during the Spanish Civil War, until its defeat in 1939 (as immortalised by UK author and visionary, George Orwell).

The region retains a rich artistic and cultural heritage, even though Franco banned public use of its language as a reprisal against its resistance. Salvador Dalí and Antoni Gaudí both hail from the region.

Catalonia is now recognised as the most economically diverse region of Spain, with capital city Barcelona a major European cultural centre.