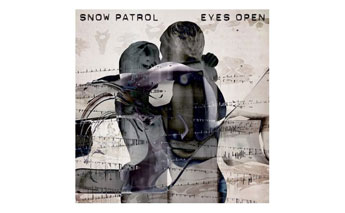 Apple has published an in-depth case study looking at one of the UK’s hottest bands Snow Patrol.

The band last year moved to use Macs running Logic Pro as part of its live show, migrating from the sampler/synthesiser and hard drive based system the act used in the past.

The report explores the advantages of using Apple’s music software in a live environment, and also looks at the OnStage application developed by the band’s keyboard technician Paul Eastman.

Eastman explains how he was able to successfully uses Apple’s Xcode developer tools to create the software solution that made it easier to move between tracks when playing live, with Logic providing some of the backing to songs.

“Logic’s a tool I can rely on. It helps me ensure I won’t let the audience down,” said Snow Patrol’s keyboard player, Tom Simpson. “You need to be able to concentrate on playing your parts in a song and not worrying about whether your keyboard’s going to fail”.

The band sold 1.5 million copies of its fourth album, Eyes Open. Snow Patrol are currently touring Australia, New Zealand and the US before appearing at numerous music festivals this summer in the UK and Europe.