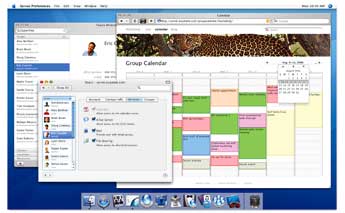 Prudential Equity has raised its rating and target price on Apple stock.

Prudential cites expectations of higher Mac sales, better margins and new product launches — including a widescreen, flash-based video iPod in the second half of the year — as catalysts for better performance from Apple.

The 27 March announcement of Adobe CS3 is likely to generate a spike in sales of Apple’s professional Macs, Prudential said.

“Given that Microsoft’s Vista has not been very well received by the consumer, a successful Leopard launch could drive more consumers to shift from Windows-based PCs to Macs,” said the analysts, according to MacNN.

Prudential’s analysis emerges as Banc of America analyst Keith Bachman speculates that the release of Mac OS X 10.5 Leopard will add $200 million to Apple revenue this year, observing that the Mac OS X user base now sits at 22 million users.