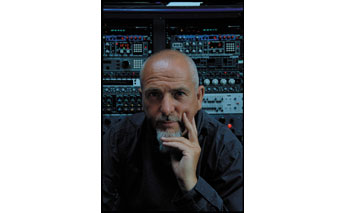 Peter Gabriel’s music recommendation software, The Filter, will launch a Mac version on 19 March.    Initially launched as a beta for PC/Win XP in 2006, The Filter is a complementary service for any iTunes user. The initial beta drew critical acclaim on its launch.

The Filter is a free, software-based music recommendation service that scans your library in order to deliver accurate music and playlist recommendations. The software includes the capacity to create great playlists from your existing iTunes library, according to a couple of seed tracks you select.

The service can create playlists that are appropriate to your mood or your activity, and these generated playlists can be synced with your iPod. The Filter is also capable of making accurate music recommendations based on your existing music preferences.

There’s another string to Gabriel’s music recommendation bow: artificial intelligence. The system analyses your music tastes and cross-references these with those of other users and music trends. In effect, this means the system grows more accurate the more you use it.   The Filter has been developed by Bath-based company Exabre, early pioneers of recommendation software for the digital music world, and is backed by a team that includes rock visionary Peter Gabriel.

Filter for Mac requires Mac OS X 10.4 with recommended 512MB of memory and a G4 or better processor.