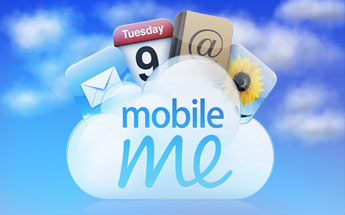 The note included some of the following statements:

“Please help test MobileMe automatic syncing. We are particularly interested in testing automatic sync on portable computers and on networks with medium to high latency and or constrained bandwidth. Please include the ~/Library/Logs/Sync/dotmacsync.log with any radars you file.”

“If you are working behind a firewall (ie. corporate proxy), we would like to know your experience with the syncing. If you have auto sync turned on, and you make a change from me.com, or MobileMe website, does that change sync within a reasonable amount of time? Also attempt general syncing of Contacts, Calendars, Bookmarks and other sync data. Please watch for excessive syncing and file radars for any abnormal syncs.”

“The 10.5.6 release includes changes to improve Time Machine reliability in both the AFP Client and Server. The changes in the client will detect conditions that lead to corruption of a Time Machine backup disk image and eject the AFP volume before damage to the disk image occurs.”

And requests with help in testing Mail:

These are not the first issues plaguing Apple’s online service. Earlier this month, MobileMe was down for seven hours. MobileMe users trying to access the Me.com home page Monday 3 November saw the message: “Not Found: Resource does not exist.”

Apple launched MobileMe in the summer to much fanfare, and also a number of complaints. The rebranded .Mac service had some problems at its initial launch, when many users couldn’t login or sync information properly. Apple apologised for those problems in July and extended users’ subscriptions.

In October, Apple published an update on its work improving its MobileMe service. The lengthy list of improvements and tweaks covered most services, including Mail, Calendar, Contacts and the MobileMe Gallery.