An analyst who met with Apple recently believes the company has “ideas” about producing a Mac netbook, an ultra portable laptop computer.

According to Sacconaghi, Apple’s Cook hinted at “ideas” for a netbook as well iPhone price changes, and new smartphone handsets.

“Tim Cook stated that since Steve Jobs announced his leave of absence, he was spending more time on new products, how Apple could take the iPhone into new markets and examining iPhone’s business model,” said Sacconaghi, who is ranked the top computer analyst by Institutional Investor magazine. 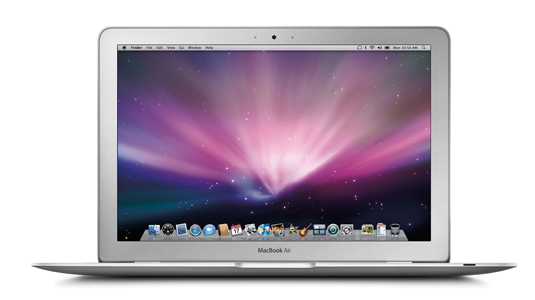 A Mac netbook has long been rumoured since the success of smaller lighter laptops, typically with a 10″ screen, from companies such as Asus, Acer, Dell, HP and MSI Wind.

Netbooks are traditionally competitively priced due to their relative lack of power and limited upgradability.

Apple’s smallest, lightest laptop the MacBook Air starts at £1,271, which is a long way from what Apple would need to charge to make the Mac netbook a success.

Apple has also previously said that the iPhone was its netbook, offering email and web surfing on the move.

Analyst Sacconaghi added that he expects Apple’s stock to outperform the S&P 500 in the next year.

Sacconaghi also said he expects new Apple iMacs as earlier as next month and an new Apple iPhone in the summer.