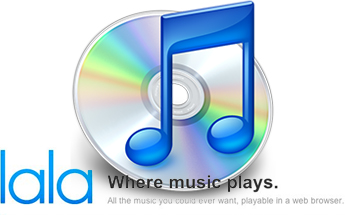 After rumours of a purchase late last week, Apple has confirmed the acquisition of streaming music site Lala.

While typically Apple gave no details on the price it paid or how it would integrate Lala into Apple products it did say in an email: “Apple buys smaller technology companies from time to time, and we generally do not comment on our purpose or plans.”

Lala scans users’ hard drives and creates a duplicate music library that can be accessed via the Internet.

According to the Lala website: “Users can take your music and fuse it with a massive licensed catalog to easily play, buy and share on the Web.”

Additionally, the service promises seven million songs to play for free without ad interruption, plus the ability to get a feed of music picks from friends and experts with the option to buy new music. Lala US users can listen to a song once for free, pay $0.10 for a version that can be played online repeatedly or pay $0.79 or more for a copy that can be downloaded. 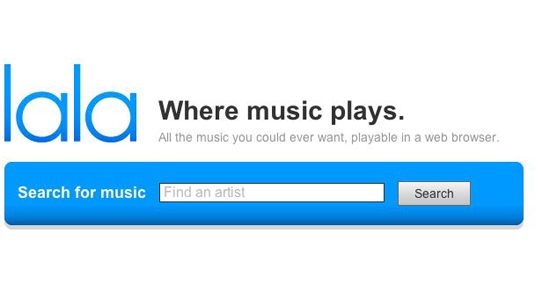 While clearly some of what Lala offers is duplicated by Apple, iTunes does not yet offer a full streaming music service, leading many to speculate that following this purchase it soon will.

The popularity, if not the commercial success of Spotify, the Swedish streaming music service, may have influenced Apple’s decision to buy Lala. As well as offering an ad supported service, Spotify currently charges £9.99 per month for an premium ad-free version, which can be accessed via an iPhone application, which can be listened to in ‘offline’ mode, without an Internet connection.

Both Facebook and Google struck deals with Lala in recent weeks to let users stream songs, while Sky Songs started in October with £6.49 or £7.99 per month streaming options and the opportunity to download and keep a small number of MP3s each month.

MySpace Music finally launched in the UK last week, allowing users to stream current and back catalogue tracks from artists on both independent and major record labels, with the ability to buy songs they like via iTunes.

Meanwhile, according to CNET News, Apple is interested in bringing some of Lala’s engineers to the company, as well as obtaining Lulu’s payment and fulfillment systems.

(Owen Fletcher contributed to this report)