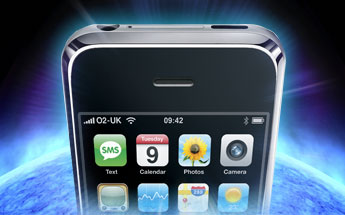 Apple is said to be readying a new model of iPhone, dubbed the iPhone HD, for a summer launch.

Rumour has it that the new model will feature twice the screen resolution of the current model, enabling it to display high definition content on the small screen.

The new screen technology is said to double the current display from 480xx320 to 960×640 pixels. This would be an astonishing amount for a screen measuring a mere 3.5in. What is less clear is what impact such high density would have on performance.

The iPhone already has an reasonably high pixel density at 163 PPI (pixels per inch), far higher than the MacBook (113 PPI) or iMac (108 PPI). The rumoured upgrade could take it up to a whopping 326 PPI (assuming that Apple sticks with a 3.5in screen size). While this would leap past the Google Nexus One (252 PPI) we’re not sure what impact it would have on either visibility, or day-to-day usability. One area that could benefit would be the display of photographs (especially when zooming in) as this article on Love Art: National Gallery noted as an iPhone limitation; but would videos and games really look much different with such high pixel density? 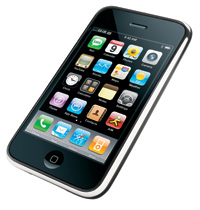 Other rumoured features include a slightly thinner frame and even snappier performance courtesy of Apple’s A4 processor from the iPad.

And that other long-awaited feature, an iSight web cam, is again rumoured to be included in the iPhone HD. The iSight camera was also rumoured to be in the iPad, although it didn’t make the final cut (although rumours point to a space in the case ready and waiting). The iSight camera could accompany iChat software enabling video chat on the iPhone.

The model has also previously been referred to as the iPhone 4G, due to its alleged support for a fourth-generation cellular network technology. This technology (also known as LTE Advanced) could theoretically enable web browsing speeds of up to 100Mbps.

However, a Wall Street Journal report today makes no mention of LTE Advanced technology. We presume because the networks aren’t ubiqutous enough for a practical launch. Instead it claims that Apple will introduce CDMA support. This will enable US customers to use the phone on rival network Verizon, although UK customers are likely to gain little from the inclusion of this technology.

While much of the information doing the rounds is speculative in nature, Apple typically launches a new model of iPhone in the summer and we do expect an iPhone update in June or July.