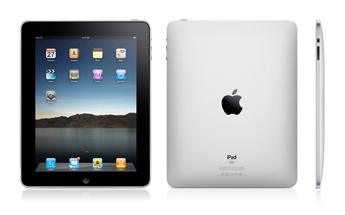 Apple has sold over one million iPads in under 28 days, the company has just announed. The device, which went on sale in the US on 3 April 2010, is proving to be successful.

The one million figure comes as a surprise to many observers, who wondered how successful the device would actually be. Following the iPod, and iPhone, along with increasing sales of its Mac system, Apple has a good track record for producing hit products. Even so the iPad was considered a leftfield device with little comparable technology on market to gauge it against.

According to Apple, iiPad users have also downloaded over 12 million apps from the App Store and over 1.5 million ebooks from the new iBookstore.

“One million iPads in 28 days—that’s less than half of the 74 days it took to achieve this milestone with iPhone,” said Steve Jobs, Apple’s CEO. “Demand continues to exceed supply and we’re working hard to get this magical product into the hands of even more customers”.

Whether Apple can maintain this momentum remains to be seen. There is bound to be some form of initial rush to purchase the new product, but it shows little sign of abating in the US and the iPad has yet to launch world-wide. Most analysts predicted between 3 and 7 million units sold worldwide in the first year, it would appear that Apple is on track to significantly beat even the high-end estimate.

The news may come as little comfort to Apple fans in the UK, eagerly awaiting the device. The iPad has been delayed twice in the UK due to the popularity of the device in the US, leading many UK users to import the product from the US; it is now expected to go on sale at the end of May.