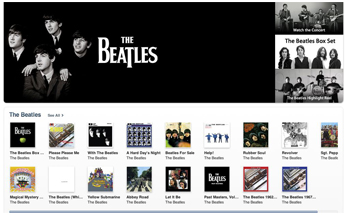 Additionally compilations The Beatles – Past Masters, Vols. 1 & 2 are also included along with the ‘Red’ and ‘Blue’ best-of compilations from the 1970s, recently re-issued after a sonic polish.

Single albums are available for purchase and download for £10.99 each, double albums for £17.99 each and individual songs for £0.99 each. The Beatles Box Set meanwhile, a snip at £125, includes all the band’s studio albums plus the Past Masters collection.

Albums come with short mini-documentaries, which made their debut last year when The Beatles catalogue was reissued and remastered.

To celebrate the iTunes debut, Beatles fans can also stream and view the “Live at the Washington Coliseum, 1964” concert film from iTunes for free for the remainder of this calendar year.

A short biography sums up the Beatles, claiming that their story is “mythic” and that “it’s difficult to summarize their career without restating cliches.”

The surviving Beatles along with Apple’s Beatles loving CEO appear very happy with the deal after years of delays and unfulfilled rumours.

“We’re really excited to bring the Beatles’ music to iTunes,” said Sir Paul McCartney. “It’s fantastic to see the songs we originally released on vinyl receive as much love in the digital world as they did the first time around.”

“I am particularly glad to no longer be asked when the Beatles are coming to iTunes,” said Ringo Starr. “At last, if you want it—you can get it now—The Beatles from Liverpool to now! Peace and Love, Ringo.”

“We love the Beatles and are honoured and thrilled to welcome them to iTunes,” said Steve Jobs, Apple’s CEO. “It has been a long and winding road to get here. Thanks to the Beatles and EMI, we are now realising a dream we’ve had since we launched iTunes ten years ago.”

“In the joyful spirit of Give Peace A Chance, I think it is so appropriate that we are doing this on John’s 70th birthday year,” said Yoko Ono Lennon.

“The Beatles and iTunes have both been true innovators in their fields,” said EMI Group CEO Roger Faxon. “It’s a privilege for everybody at EMI to work with Steve Jobs and with Apple Corps’ Jeff Jones and their teams in marking a great milestone in the development of digital music.” 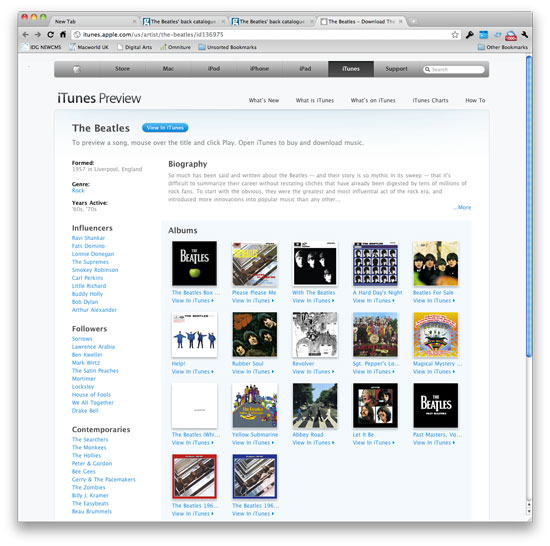 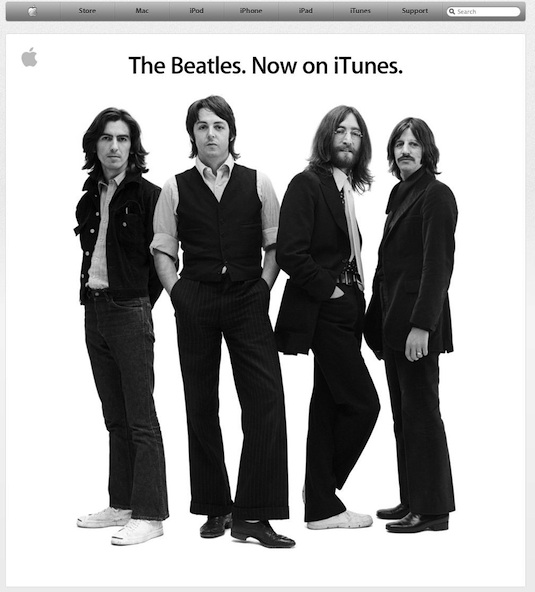 The Beatles in late period mode. 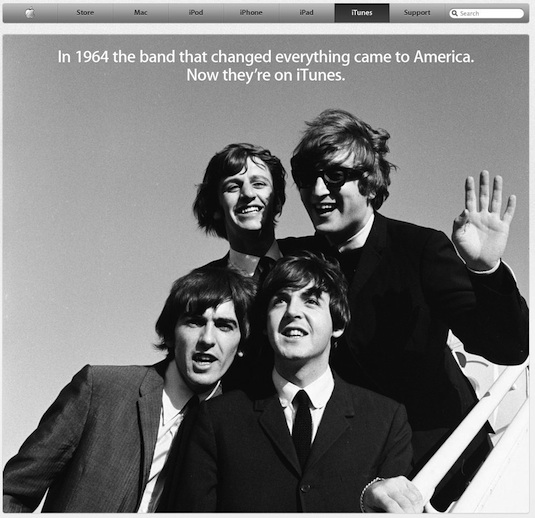 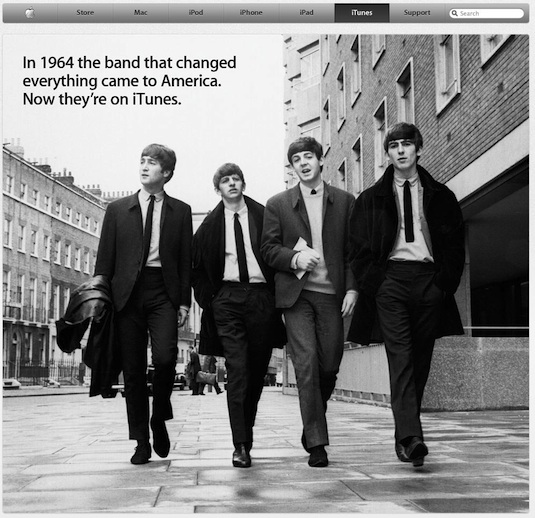