Radiation from Wi-Fi networks is harmful to trees, causing significant variations in growth, as well as bleeding and fissures in the bark, according to a recent study in the Netherlands.

All deciduous trees in the Western world are affected, according to the study by a group of institutions, including the TU Delft University and Wageningen University. The city of Alphen aan den Rijn ordered the study five years ago after officials found unexplained abnormalities on trees that couldn’t be ascribed to a virus or bacterial infection.

Additional testing found the disease to occur throughout the Western world. In the Netherlands, about 70 percent of all trees in urban areas show the same symptoms, compared with only 10 percent five years ago. Trees in densely forested areas are hardly affected.

Besides the electromagnetic fields created by mobile-phone networks and wireless LANs, ultrafine particles emitted by cars and trucks may also be to blame. These particles are so small they are able to enter the organisms.

The study exposed 20 ash trees to various radiation sources for a period of three months. Trees placed closest to the Wi-Fi radio demonstrated a “lead-like shine” on their leaves that was caused by the dying of the upper and lower epidermis of the leaves. This would eventually result in the death of parts of the leaves. The study also found that Wi-Fi radiation could inhibit the growth of corn cobs.

The researchers urged that further studies were needed to confirm the current results and determine long-term effects of wireless radiation on trees. 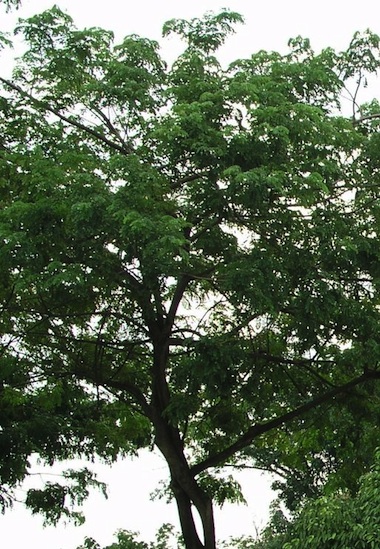