Newspapers are being told by Apple that they can no longer offer subscribers to their print editions free access to iPad apps, reports claim.

According to reports on Dutch websites deVolkskrant and nrc.nl Apple is unhappy that it will miss out on its 30 per cent cut of subscription transactions for apps and will ban the practice after 1 April.

A number of European newspapers have reportedly been approached by Apple, though there have not been any rumours about US newspapers being similarly targeted.

Publishers are unsurprisingly unhappy with being asked to give 30 per cent of subscription revenue to Apple. De Volksrant quotes publisher Gert Ysebaert of Flemish paper De Standaard as saying that the paper has frozen plans to create an iPad edition until the matter is discussed, However, Hans Deridder, managing editor of De Persgroep, which publishes De Volksrant urges caution, saying newspapers should wait for more details on what Apple’s plans are before changing their course.

NRL also reports that this might get Apple in trouble with the European Commission with regard to abusing a monopoly position. The paper quotes a tweet by Dutch MP Afke Schaart saying she will ask table a parlimentary question, linking Apple’s position to the actions taken by the Commissioner for Competition Neelie Kroes (now ICT) against Microsoft.

No information is forthcoming about whether Apple’s position affects other publishing services that use transactions outside of Apple’s App Store, such as Zinio.

Meanwhile, there is still uncertainty over the forthcoming launch of News Corp’s The Daily, an iPad-only newspaper that will cost 99 cents (64p) per week and bring daily news updates to a US audience. 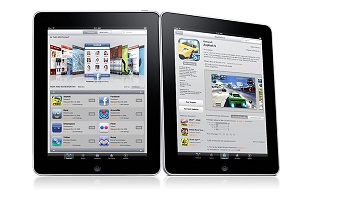 Steve Jobs is rumoured to be personally involved in the project and it is thought that he will even take to the stage at the launch event with News Corp boss Rupert Murdoch, though a 19 January launch looks doubtful.

It is thought that problems with the App Store’s subscription system, rather than the app itself, are behind the uncertainty over the launch.