Only a small portion of iPad owners are willing to pay for access to content, with most favouring ad-supported models.

A study undertaken by Knowledge Networks examined the behaviour of a group of iPad “early adopters” and found them to have a very different attitude to iPod owners that collectively buy billions of tracks through the iTunes Store.

“Media companies and other content creators cannot assume that iPod behaviors – purchasing content for the device – will be immediately transferred to the iPad,” said David Tice, Vice President, Group Account Director at Knowledge Networks and leader of The Home Technology Monitor research program.

“In our early-adopter group, we saw, by nearly a 6-to-1 ratio, that iPad users prefer an ad-supported model over a pay model to gain access to content. At this point, a pay-for-content model would appeal only to a niche group of consumers,” Tice continued. 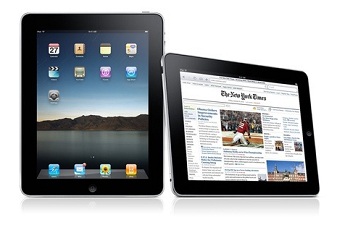 Only 13 percent of iPad owners would be willing to pay extra for an iPad-friendly version of a magazine or TV show they already pay for in its standard format, such as through a satellite or cable TV contract or magazine subscription, the study found.

This could prove to be bad news for Apple and the newspaper owners it is supposedly going to force to stop offering free access to iPad apps for print subscribers, as Macworld reported earlier this week.

The report also found that few iPad owners display “unique behaviours” – meaning that most tasks they perform on an iPad are the same as tasks they would have previously undertaken on a desktop computer or laptop. Fifty-five percent of iPad owners use the device every day, with 76 percent using it at least five days a week.

Seventy percent of iPad owners surveyed had read an e-book on the device; 61 percent an electronic magazine or journal; and 51 had watched network TV programs.