The launch of the Mac App Store has completely changed the outlook for software developers, offering them the chance to put their products in a one-stop shop for Mac software and greatly increase their exposure.

“We hope that Apple doesn’t repeat the mistakes they made with the launch of the App Store for the iPhone. They were trying times when you had to wait three months for an approval and no one at Apple could give any information on what the status was,” Till Schadde, CEO of equinux said at the time.

But one group that was soon won over to the appeal of the Mac App Store, though, was the ordinary punter. One million downloads were made through the store in its first 24 hours, making it clear that software developers were going to have to learn to live with it, whether they liked it or not. 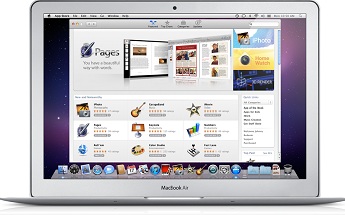 Three weeks after the Mac App Store opened its virtual doors, there are plenty of success stories to be found in the developer community. Pixelmator, maker of the eponymous image-editing software, has grossed $1m (around £630,000) through the Mac App Store in just 20 days.

Realmac, which halved the price of its RapidWeaver 5.0 package on entry to the Mac App Store, also hailed early success. “Over the first two launch days, we sold almost 5,000 copies of our apps. Whilst we have three apps on the Mac App Store, a staggering majority of sales were from Courier and RapidWeaver – with the two newer apps locked in a battle for the ‘Most Copies Sold on Launch Day’ crown,” the company said.

It went on to predict that the rise of the Mac App Store could lead to some software developers changing their business model entirely. “iOS developers have long known that featured status or a high chart ranking typically send sales through the roof. With each sale via your own store not counting towards the rankings, we feel that selling apps away from the App Store ultimately compromises any App Store presence.

“Going App Store-only is a big leap of faith for developers – requiring them to place a significant amount of trust in Apple, which some might be wary of – however we think that over the next year or so more and more Mac developers will go App Store-exclusive,” the company wrote on its blog.

One area that the Mac App Store has noticeably boosted is gaming, with more than 200 games available to download, all in one place.

Broken Rules, developer of puzzle game And Yet It Moves, said that the Mac App Store had led to some difficult decisions about pricing. “Initially we thought we just try to launch the game at its current full price of $9.99. The same price it has on our website, on Steam and even on WiiWare. But we quickly realized that the App Store is not a place where a $9.99 game is easily bought. Established brands might launch at this price point, but our first hours proved that we would get nowhere at $9.99. So we soon dropped the price to $4.99,” the company said on its blog.

Even this wasn’t enough, with Broken Rules then deciding to drop the price to $2.99. Ultimately, though, this was a good move – it accumulated revenues of £6,480, selling 3,322 copies of And Yet It Moves in the first week on the Mac App Store.

Of course, the Mac App Store has had its problems since launch, including fears over software piracy and confusion over licensing and copy protection. However, all signs seems to point toward the Mac App Store being a great success for Apple, software developers, and customers.

The key, according to one analyst, to the Mac App Store’s success is the trust that customers have in it. “You don’t know if you should trust any of the small players making security or backup software who want you to download and install things on your machine. It is great to have the platform owner or some other trusted source offer such software and certify it,” said IDC analyst Al Hilwa.

In fact, the Mac App Store looks set to lead the way in 2011, Hilwa argues, spawning many similar offerings for other platforms. “[It’s] an idea whose time has come. The idea of using a store to promote a platform and its development community is too good to pass up,” he said.