All signs point towards a refresh of the MacBook Pro line in early March, according to reports.

The Japanese Macotakara website is reporting that stocks of MacBook Pros in Japan are running low, suggesting that Apple is making room for stocks of the new models.

9To5Mac reckons that tomorrow, Wednesday 9 February, could be the date for an announcement on the MacBook Pro line – a date that other sites have pencilled in for an iPad 2 announcement.

Further evidence of a refresh for the MacBook Pro line, also spotted by 9To5Mac, shows dummy entries in Best Buy‘s internal inventory system. Though the entries don’t absolutely confirm a new MacBook Pro, they do show an entry for Apple in the mobile computing category priced at $1,199 and due in stock on 3 March 2011. 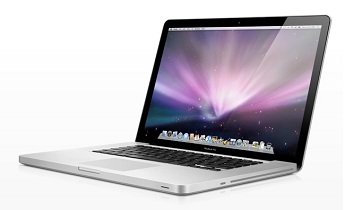 Macworld reported on 27 January that stocks of MacBook Pros in Apple Stores and third-party retailers were dwindling, with Amazon.com listing long waiting times for anyone ordering a MacBook Pro on its website.

Amazon.co.uk currently has only a few 15- and 17-inch MacBook Pros left in stock. On the UK Apple Store website all MacBook Pro models are listed as being in stock.

But after Intel last week announced problems with its new line of processors built on its Sandy Bridge architecture, speculation mounted that any refresh of the MacBook Pro line could be delayed.