The BBC iPlayer app for iPad is now available to download from iTunes, though only for UK residents.

Rumours broke earlier this week that iPlayer for iPad would launch when a BBC engineer spilt the beans on Twitter, though the app had been expected to launch some time this month anyway.

The app, reportedly a farewell present to outgoing to future media and technology director Erik Huggers who is leaving the BBC to join Intel, is free and requires iOS 3.2 or later.

It offers access to more than 400 hours of programmes from the last seven days. You can also use it to watch live TV – you do require a TV licence to do so legally, though there is some speculation that the BBC will find this hard to enforce – and live radio. 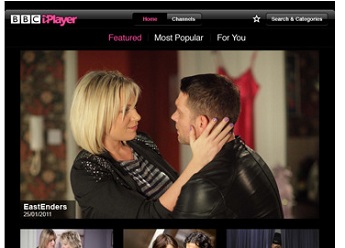 The app only lets you stream programmes, as opposed to desktop versions of the iPlayer which offer you the choice of streaming or downloading.

Also, though the iPlayer app is available for the iPad, it isn’t available on the iPhone. However, iPhone and iPod touch owners can access the iPlayer on their devices through the browser anyway. There is an Android version of the app as well.

“We’ll be looking to build in more features throughout the year. For iPad it’s straightforward, but for technical reasons we can’t bring the app to every single Android device,” said Daniel Danker, the BBC’s general manager of future media and technology.

Reviews of the app on iTunes have been mixed. “A very nice looking app, with good video quality, but why oh why are we not allowed to download programmes like in the desktop version?” one user wrote.

Others, though, were impressed. “Live and past Radio/TV programmes beautifully presented. The best app I’ve ever tried and it’s free!” another wrote.