Steve Jobs was pictured at the meeting of businewss leaders and President Obama in San Francisco yesterday, despite not being spotted by reporters covering the event.

An official video of the event was initially released by the White House, along with one photograph, showing Obama talking to Facebook’s Mark Zuckerberg.

However, other photographs were later released of the group at dinner, two of which have appeared in the Daily Mail. Apple’s Jobs sat to the President’s left, though his face is not visible in any of the photographs. Reports claim that a discussion took place between the two men in which the President asked Jobs why Apple is not manufacturing products in the US, and Jobs responded that “Those jobs aren’t coming back.”

Jobs did appear thin, though the pictures didn’t reveal enough to shed any further light on claims made by the National Enquirer that he was “weeks from death”. 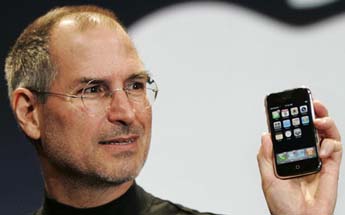 Speculation about the state of Jobs’ health has been in full swing in the tabloid press since he took a medical leave of absence from Apple in January. The Daily Mail itself, hours before the new pictures emerged, ran a story titled: ‘ No photo of meeting between Obama and Steve Jobs sparks grave concerns over health of Apple CEO‘ .