Adobe forthcoming Digital Publishing Suite will support Apple’s App Store subscription service and Google One Pass “in the very near future”, the company has said.

Digital Publishing Suite will be commercially available in the second quarter of 2011 though is already being used by global publishers to create and distribute publications on tablet devices.

“The publishing industry has been eager to deliver subscription editions of their magazines and newspapers – and our Digital Publishing Suite will support both Apple subscriptions and the Google One Pass service,” said David Wadhwani, senior vice president, Creative and Interactive Solutions, Adobe.

“We think Google One Pass will open up the market for publishers and that healthy competition between technology providers will ensure a vibrant future for digital publications. Whatever device readers choose, they can now expect a lot of great digital editions heading their way,” he continued. 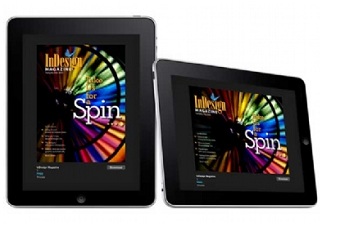 There is also interest in the service from unwanted quarters – namely antitrust regulators, both in the US and Europe. Even Steve Jobs, Apple’s CEO, has got involved in the controversy, despite officially being on a medical leave of absence.

Google’s One Pass, announced by the technology giant just one day after Apple’s system was announced, asks for only a 10 percent cut of subscription revenue.