The CEO of France Telecom, the parent company of network operator Orange, says Apple’s next iPhone will be smaller and thinner.

All Things Digital reports that Apple will use a new, smaller SIM card in order to reduce the size of the handset.

Orange has hinted that Apple wanted to use smaller SIM cards before but apparently the network operator has managed to persuade Apple not to adopt an e-SIM system.

The e-SIM would be an embedded chip within the handset that would not be removeable – something that Orange and other network operators were unhappy with. The new, smaller SIMs are a compromise. 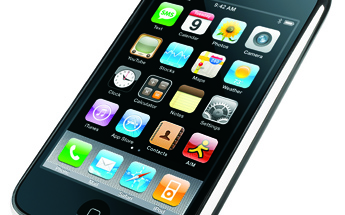 “All of us told them it was a bad idea because the SIM card is a critical piece of the security and authentication process. It would be very difficult for a telco or carrier to manage the customer relationship. I think that they understood this point. We had a very constructive exchange and dialogue with them,” France Telecom CEO Stephane Richard told All Things Digital.

“We are going to work with them in order to standardize a new format of SIM which takes into accout our needs with security and authentication and also is compatible with their wishes in terms of size. I understood that the next iPhone would be smaller and thinner and they are definitely seeking some space,” he continued.

Richard is also wary of the power the Apple wields with its App Store. Other handset manufacturers allow Orange to pre-load its apps on to mobile phones sold on its network, though this is not possible with Apple.

“We still are in a position to bring those apps to our customers through the app stores, provided clearly we have access to the App Store. The problem is the day when Apple says ‘I don’t want this one’,” he said.

The interview is unusually frank and as Apple Insider points out, network operators have been punished by Apple in the past for giving away information about the company’s future plans.