Facebook’s recently-released app for the iPad has been criticised by users who claim it is full of bugs.

Facebook 4.0 for iOS is the first iPad-native official Facebook app for Apple’s tablet, and was released late last night.

The app aims to let you browse your news feed, notifications, and messages; view photos in full-screen; view video clips and send them via AirPlay to your television; chat with friends; and even play games your friends have recommended or recently played.

Until now, if you’ve wanted to use Facebook on the iPad you have been restricted to the iPhone version or third-party apps. 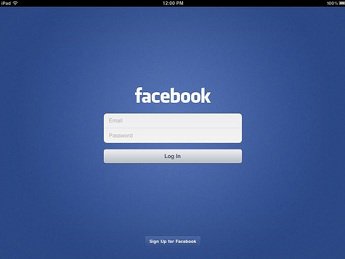 “I’m pleased to report that the new Facebook for the iPad crashes just as well as any other iPad app,” one user wrote.

A BBC report contains quotes from journalist Mark Coyle, who accused Facebook of not testing the app properly.

“I have an Apple dock/keyboard, and if you put the iPad on the dock then try to comment on a post, the ‘Send’ button doesn’t appear. Take it off the dock – it appears. Poor testing by FB,” Coyle said.

However, not all users appear to be unhappy. “Facebook for iPad makes me wanna stalk people all night long because it makes it so easy and seamless to do so!” one wrote on Twitter. Reviews of the new version of the app in the App Store are decidedly mixed.

A note has appeared on the page for the Facebook 4.0 app in the App Store, aimed at users upgrading from a previous version, advising them to uninstall and reinstall the app. “If you’re having trouble starting the app after the upgrade, please delete and reinstall the app – this has been confirmed to solve the issue,” it reads.