Novelist and professor of English at the University of California Mona Simpson has described Steve Jobs – the brother she didn’t meet until she was 25 – as the man she had been waiting for all her life to love.

Published in the New York Times, Simpson’s tribute to her late brother is a touching piece that covers her first meeting with Jobs and how her life changed when she found out she had a long-lost brother.

“The lawyer refused to tell me my brother’s name and my colleagues started a betting pool. The leading candidate: John Travolta. I secretly hoped for a literary descendant of Henry James — someone more talented than I, someone brilliant without even trying,” Simpson wrote.

Jobs told Simpson that he worked in computers and offered her some buying advice, telling her to wait to buy a computer as he was working on something “insanely beautiful”. She goes on to describe the dedication and commitment Jobs showed to his work. 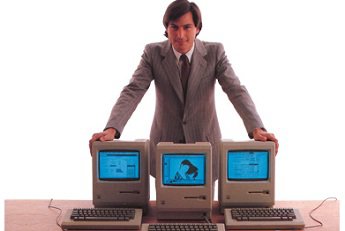 “He was never embarrassed about working hard, even if the results were failures. If someone as smart as Steve wasn’t ashamed to admit trying, maybe I didn’t have to be. When he got kicked out of Apple, things were painful. He told me about a dinner at which 500 Silicon Valley leaders met the then-sitting president. Steve hadn’t been invited. He was hurt but he still went to work at Next. Every single day.”

Jobs’ attitude to love and the story of his meeting with Laurene, who was later to become his wife, are also covered. “His abiding love for Laurene sustained him. He believed that love happened all the time, everywhere. In that most important way, Steve was never ironic, never cynical, never pessimistic. I try to learn from that, still.”

According to Simpson Jobs also liked to keep learning and had some rather obscure areas of expertise, such as the history of English and Chinese tea roses. But family life and happiness were the things that were most important to him, Simspon says. “With his four children, with his wife, with all of us, Steve had a lot of fun. He treasured happiness.”

During Jobs’ illness, he used the support of Laurene and his children to inspire him. “I realized during that terrifying time that Steve was not enduring the pain for himself. He set destinations: his son Reed’s graduation from high school, his daughter Erin’s trip to Kyoto, the launching of a boat he was building on which he planned to take his family around the world and where he hoped he and Laurene would someday retire.”

His final moments are also described in the piece. “Tuesday morning, he called me to ask me to hurry up to Palo Alto. His tone was affectionate, dear, loving, but like someone whose luggage was already strapped onto the vehicle, who was already on the beginning of his journey, even as he was sorry, truly deeply sorry, to be leaving us.”

Surrounded by family, Jobs “looked at his sister Patty, then for a long time at his children, then at his life’s partner, Laurene, and then over their shoulders past them. Steve’s final words were: OH WOW. OH WOW. OH WOW.”