A report that casts doubt on the future of the Mac Pro has appeared, claiming that selling the high-end workstations was no longer profitable for Apple.

Apple Insider claims that though Apple has seemingly developed a revision to the existing Mac Pro, it may not see the light of day.

According to the report, sales executives at Cupertino believe that selling the high-end workstation is not a profitable business practice any longer and questions have been asked about the Mac Pro’s future internally since May of this year.

Rumours circulated that the Mac Pro line was going to get a revamp back in August, including Sandy Bridge-based Intel processors, though these turned out to be false. However, it is thought that Apple had planned to launch new Mac Pros with Sandy Bridge chips later this year, though is now reconsidering.

Nearly three-quarters of Mac sales are notebooks, according to the company’s recently-announced quarterly earnings, and the majority of desktops sold are iMacs. And while Apple has added Thunderbolt to its new MacBook Air, MacBook Pro, Mac mini and iMac product lines in the last year, it hasn’t yet made it to the Mac Pro. 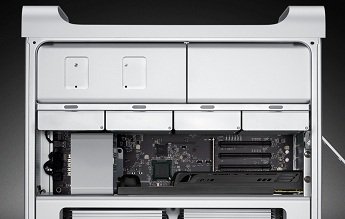 Prices for the Mac Pro begin at just over £2,000 and it is thought that demand among consumers and professionals for such high-end models is declining. While Apple wouldn’t be able to cram as much processing power into an iMac or Mac mini as it does in a Mac Pro, the smaller models are capable of matching the Mac Pro for data transfer speeds now they use Thunderbolt technology.

There are only a handful of Mac Pros left on the inventory of Amazon.co.uk, though Apple currently lists the quad-core and 8-core models as in stock while there is a three day wait on the 12-core and Server models.