Fake iPads are flooding the market as scammers look to make a quick buck out of Christmas shoppers looking for a bargain.

Brand protection firm MarkMonitor claims that Apple and other tablet makers are being ‘brandjacked’ by scammers, often based in China, peddle knock-off goods online.

The company claims that it discovered more than 23,000 listings for clones, suspected counterfeits or grey market tablet computers in a single day back in July, as well as over 6,600 cybersquatted sites generating more than 75 million annual visits.

“Online brandjackers pay close attention to market trends, especially those involving well-known brands, and are quick to put those trends and brand names to their own use,” said Frederick Felman, CMO of MarkMonitor. 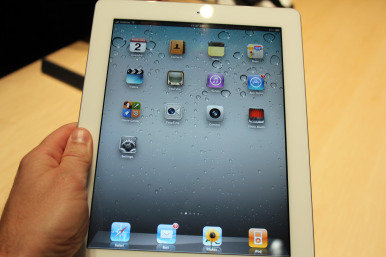 “As we head into the holiday shopping season, consumers should beware these ‘brand impersonators’ who are hidden in plain sight while brands need to be extra vigilant in foiling those who seek to profit at their expense.”

One way scammers try to take advantage of unwary buyers is to use photographs of the genuine article without actually mentioning the brand in the product listing.

In many cases the prices are much lower than the genuine goods, making them attractive to buyers who are looking to bag a bargain. However, in the grey market – genuine goods illegally imported from overseas – prices can be as much as 15 percent higher, MarkMonitor said.

The problem of counterfeit and grey market goods is especially prevalent in China, which is now Apple’s second-largest market. Apple is also facing other challenges in China, with companies in its supply chain allegedly being targeted by the country’s government as part of a Sino-American trade war.