Christmas may be the season to be jolly, but if you’re hoping for some brand-new iOS apps to lift your festive mood over the holidays then we’re afraid you’re in for a disappointment.

ElectricPig reports that developers registered with iTunes Connect were told in an email that no new iPhone apps or iPad apps will be reviewed, approved or made available in the week around Christmas.

New apps and updates to existing apps will be ignored until 30 December, developers were told. “We strongly recommend that you do not schedule pricing changes through the interval pricing system in iTunes Connect that would take effect from December 22 through December 29,” the email reads.

So, if you find a new iPhone 4S or iPad 2 in your stocking this year, you’ll be limited to installing apps that were released before 22 December and you won’t be able to download anything brand new until it’s nearly time to see in the New Year. 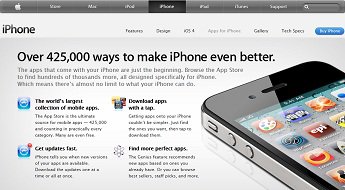