Apple will become the leading vendor of PCs in the world, overtaking HP, by the second half of next year.

That’s according to analyst firm Canalys, which predicted that the iPad 3 could be the key to Apple’s climb to the top of the global PC rankings.

“Apple has seen its PC market share expand from 9 percent to 15 percent in just four quarters, though iPad shipments in its core market – the United States – are likely to come under pressure in Q4 due to the launch of the Fire and Nook at extremely competitive price points,” said Canalys Analyst Tim Coulling.

“HP and Apple will fight for top position in Q4, but Apple may have to wait for the release of iPad 3 before it passes HP.”

Earlier this month Canalys released its figures for the global PC market for Q3 2011, which put Apple in second place with a 15 percent share of the market, behind HP’s 16 percent share. 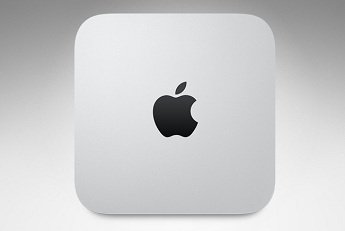 Canalys largely attributes the growth of the global PC market to Apple’s iPad and estimates that total PC sales for 2011 will reach 415 million, up 15 percent year-on-year.

Apple’s rivals in the tablet market are “struggling to compete profitably with Apple”, Canalys said, though the launch of Android 4.0 could level the playing field somewhat.

However, for Apple’s competitors in other markets, the outlook doesn’t look nearly as rosy. The ultrabook form factor, hailed by many as a rival to Apple’s MacBook Air product line, won’t gain traction in the market unless prices come down, Canalys said.

“The least expensive models are currently around $800, a real barrier to mass consumer uptake. As more vendors embrace the Ultrabook design, component costs should drop and mainstream consumer prices will be achieved.”

However, the effects of flooding in Thailand could play into the hands of ultrabook vendors, Canalys said. The floods caused serious disruption to the production of hard drives, which could mean that production of SSDs is ramped up leading to lower prices.