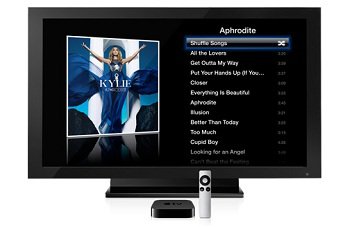 Apple’s Smart TV is coming in the middle of next year, with Sharp rumoured to be preparing to build the ‘iTV’ in a Japanese plant in February.

According to Apple Insider, Jefferies analyst Peter Misek told investors this week that Apple was expected to partner with Sharp to build TFT-LCD panels for the device.

Production will take place at Sharp’s Gen 10 Sakai facility in Osaka and it is thought the device will be launched at some stage over the summer.

Rival TV manufacturers are reportedly getting increasingly desperate to find out more about the proposed iTV and what its features might be in a bid not to get left behind, Misek said.

“They hope to avoid the fate of other industries and manufacturers who were caught flat footed by Apple. Having said that, it appears that mainstream TV manufacturers are likely to be at least six to 12 months behind in a best-case scenario,” he said.

Meanwhile, Apple and Sharp have also agreed to another partnership, this time for the next-generation iPhone and iPad. According to Misek, Apple wants to use Sharp’s IGZO (indium-gallium-zinc) LCD panels for its next-generation iOS devices.

The technology looks to be a good solution to Apple’s requirement for high-resolution, low-power displays. It doesn’t require the IPS (in-plane switching) panel technology to provide wide viewing angles, nor will it necessitate dual-bar LED backlighting – something that Apple had reportedly been considering, with one report claiming that the iPad 3 would be thicker in order to accomodate this.

Misek said that the technology is likely to appear in the third-generation iPad and the sixth-generation iPhone.