The Gametel device snaps on to the bottom of an iPhone, Android smartphone or similar mobile device, but it doesn’t need to be touching it to work – the connection is actually wireless (Bluetooth, to be exact). Gametel can therefore also work with the iPad or other larger device.

It recreates the hardware controller functions of games console joypads, with a D-pad, four buttons and shoulder triggers. For those who find touchscreen controls unsatsifying, it could provide welcome relief, although of course not all games will support the device. Currently it works with 23 iOS games – plus the iCADE retro games, which Fructel counts separately, for some reason – and somewhat over 50 Android titles.

We were assured that the Gametel device works happily and easily with iOS, and that the app you have to download to run it represents little more than a set of instructions; the corresponding Google Android app, on the other hand, is essentially a driver and is more substantial, apparently.

Oddly enough, however, the publicity material surrounding the Gametel was trumpeting its Android connection and didn’t mention iOS at all. The editor of iPad & iPhone User almost walked on by. CES so far seems very pro-Android. 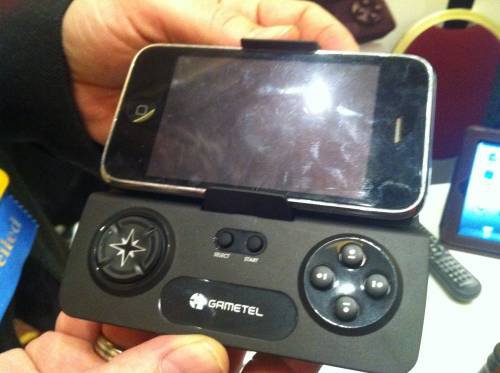 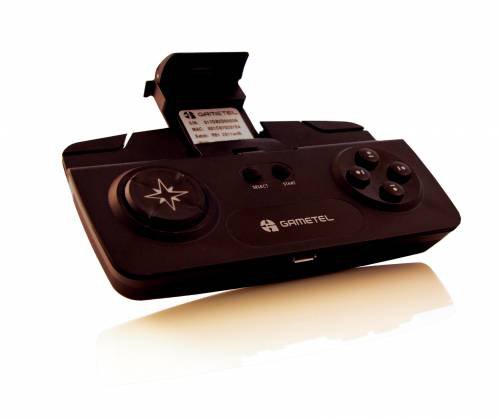 Anyway, Gametel works with iPads running iOS 3.2 and iPhones with iOS 4.0 or later; Android devices will need version 2.1.1 or later.

Although it’s having its first big marketing push at CES – and hopes to secure a US launch – Gametel was launched in the UK on 23 December. It’s available through Amazon.co.uk and costs £49.99. (Amazon, too, implies that it’s an Android-only product, except that one of the images shows it attached to an iPhone.) 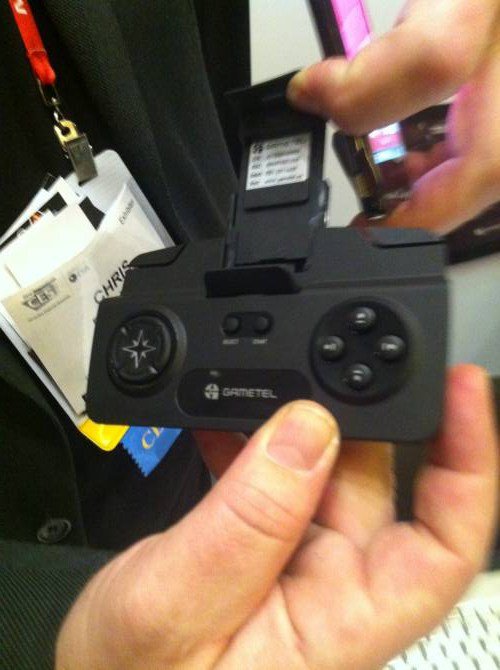 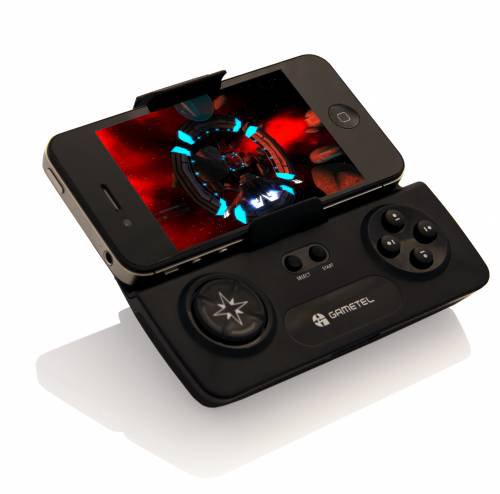