President Obama, a well-known admirer of Steve Jobs, made a special mention of the late Apple co-founder in his State of the Union address yesterday.

Laurene Powell Jobs, his widow, was in attendance to hear her late husband lauded for his entrepreneurial skills and willingness to take risks in order to become a success.

“An economy built to last is one where we encourage the talent and ingenuity of every person in this country. That means women should earn equal pay for equal work. It means we should support everyone who’s willing to work; and every risk-taker and entrepreneur who aspires to become the next Steve Jobs,” Obama said.

Jobs attended a dinner at the White House back in February 2011 along with a number of other big names in Silicon Valley, where the President talked about his plan to invest in research and development to boost America’s high-tech competitiveness. 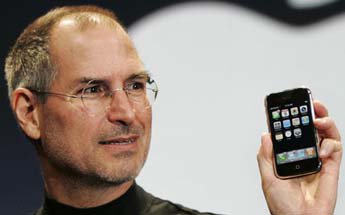 Much of his State of the Union address also focused on what could be done to revive the flagging economy including immigration reforms.

However, Apple’s unwillingness to manufacture its products in the US, something that Obama once asked Jobs to consider, was outlined earlier this week in a report in the New York Times that detailed the company’s decision to use the Far East as its manufacturing base. via Apple Insider