Evi, a voice assistant app similar to the iPhone 4S’ Siri feature, could be withdrawn from the App Store, it has been reported.

TechCrunch claims that True Knowledge – the maker of the Evi app – contacted it to report that an Apple representative called Richard Chipman had said that the app’s presence in the App Store was under review. The claims were also repeated in The Guardian.

TechCrunch’s report said that True Knowledge had been told that the app would be pulled as it contravened rule 8.3 of the App Store’s terms and conditions, which states that “apps which appear confusingly similar to an existing Apple product or advertising theme will be rejected”.

However, a subsequent report in The Verge claims that Apple is not planning to remove the app from the App Store, but rather is working with True Knowledge to try and reach a situation where features considered too similar to Siri’s are changed and the app can remain on sale. 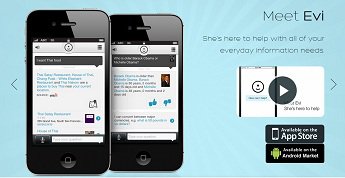 The Verge cites “sources familiar with the matter” and goes on to say that it is standard Apple practice for the company to contact the developers of apps that have features similar to Apple products in order to try and work the problem out, rather than just pull the offending apps straight away.

Apple has pulled apps from the App Store unceremoniously in the past – Baby Shaker, for example, as well as Camera+, which was later allowed back in. However, a fake Camera+ app found its way onto the App Store earlier this year though removed soon afterwards.

Apple has come under fire for allowing other apps that are plagiarised or just outright fakes into the App Store in recent months.

Evi, which costs 69p on iOS ($0.99 in the US) but is free on the Android platform, is still available in the App Store at the time of writing. It uses voice recognition technology from Nuance, makers of the Dragon NaturallySpeaking software, which is also used by Siri.