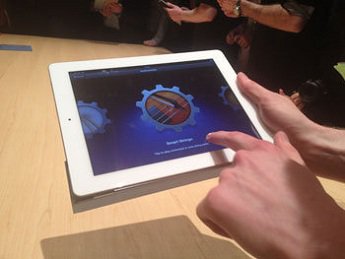 We were lucky enough to have the opportunity to play with The New iPad for a few minutes following the live broadcast of the announcement (beamed all the way from San Francisco to London).

Once we had got over the shock that it wasn’t called the iPad HD or iPad 3, we gave the new iPad the once over. Here are a few of our impressions based on our time with the new device. Our first impression was that it was slightly thicker and felt heavier than the iPad 2. There could be a number of reasons for this: there may be a bigger battery to accommodate the power-hungry Retina Display and the new iPad’s A5X chip; or maybe the LTE 4G-ready antenna needs more space. We did wonder whether there would be any difference in size between the AT&T and Verizon versions given that they have different antenna’s to accommodate differences in those two companies standards.

But it’s not the thickness or weight that’s important in a device that is already so slim and light. The next big thig we noticed was the screen, which was beautiful of course.

Describing the Retina Display Apple’s Phil Schiller said: “No one has yet matched that display in any device”. Of course our photo doesn’t really do it justice. 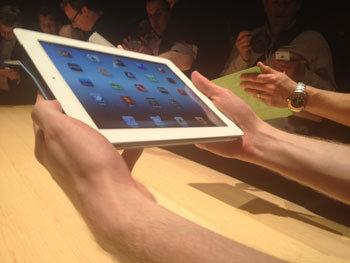 All the New iPads on display were resplendent in Apple’s magnetic Smart Cases – proof that the existing Apple case fits (although the extra thickness of The New iPad, and the new iSight camera, would suggest that your iPad 2 case won’t fit it). 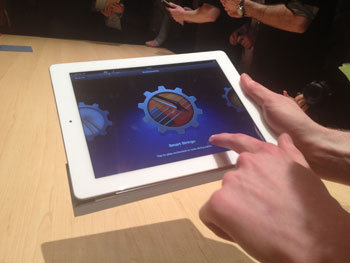 We had a quick demo of the new version of GarageBand on the iPad, with Smart Strings. It was a bit noisy in the room to hear the magical tunes we produced. 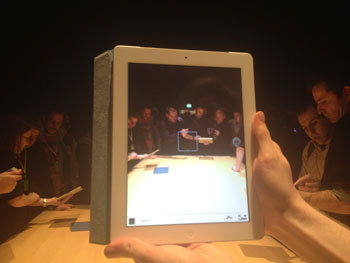 We thought naming the iPad camera the iSight camera was a odd idea, bringing the old iSight cameras of yesteryear back. I guess Apple likes recycling names as well as computers. If you own the trademark iBook (see iBooks) and iSight you might as well keep using them. Still, it’s odd given that Apple renamed the iSight camera on the Mac the FaceTime camera… Still, it’s not a bad quality picture given the low light in the room. 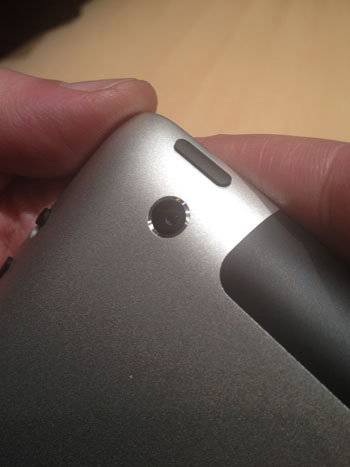 Here is that iSight camera by the way. We’re still not sure about the name, it doesn’t really say camera to us. 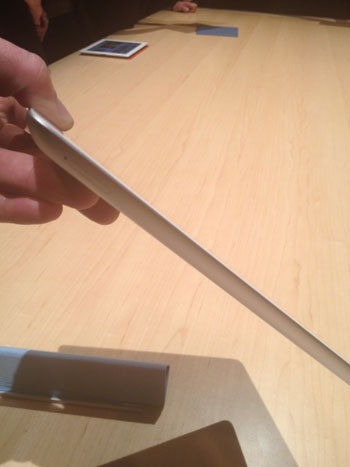 A bit thicker than before? 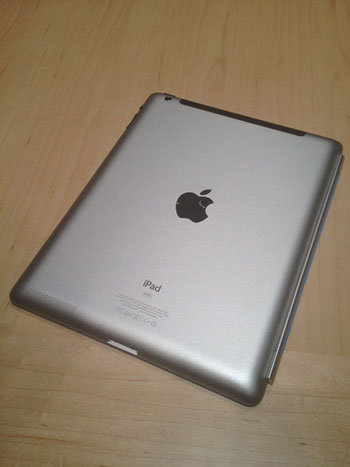 Not an iPad 3 or iPad HD in sight.