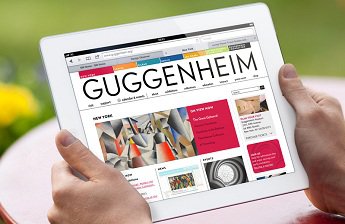 Friday 16 March 2012 has arrived with Apple’s new iPad due to go on sale in the UK at 8am GMT. Here Macworld tells you everything you need to know about the new iPad.

If you want to take an in-depth look at the new iPad before you commit to making a purchase, Macworld’s editorial director Jason Snell has had a few days to play around with the device and has put together this comprehensive review of the new iPad.

You can even watch Jason’s video review below. But should you really want to get under the skin of the new iPad, then our friends over at iFixit have already taken one to bits. iFixit was especially impressed with the Retina display, which it described as “beautiful”.

If you still have more questions, though, we’d suggest checking out this FAQ which explains the benefits of the new features: The Retina display, the iSight camera, the improved graphics and voice dictation.

Should the whole issue of whether or not to buy a new iPad hang on the fate of your existing iPad, then we’d suggest you check out some of the trade-in deals available via Apple as well as other retailers such as the Carphone Warehouse at the moment. You might be surprised at how much you can make on your old iPad.

Apple Stores in the UK have supplies of the new iPad, though this will involve getting in line and waiting your turn. IF you don’t have all morning to wait around, then try a reseller – we know that PC World stores around the country have limited stocks, though you can’t reserve online and collect later, unfortunately. There are other Apple resellers you could try though.

If you can’t get to a store and left pre-ordering the new iPad until late, there’s no way you’ll get your hands on one for at least two weeks if you order online through Apple’s website now. The good news is that John Lewis has stocks that you can reserve online and pick up on Saturday – you can also get it delivered to you tomorrow for an extra £6.95, or £9.95 if you want it before 10.30am.

If you want a model that can connect to mobile networks – even though the LTE connectivity feature is somewhat wasted on us in the UK – Vodafone might be a good place to start looking, as it has stocks of the new iPad available for delivery “as soon as possible” at the time of writing.

Orange has already announced its tariffs, but its website is still inviting you to sign up to get more information, suggesting that stock isn’t immediately available.