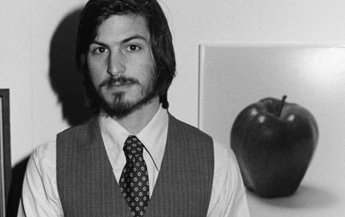 Two and a Half Men star Ashton Kutcher will play Steve Jobs in an independent movie about the late Apple co-founder’s journey to success.

The film, simply titled ‘Jobs’, was written by Matt Whiteley and will be directed by Joshua Michael Stern. Variety’s Jeff Sneider reports: “The film will chronicle Steve Jobs from wayward hippie to co-founder of Apple, where he became one of the most revered creative entrepreneurs of our time.”

According to Variety, production for the film will start in May while Kutcher is taking a break from his role in the hit American comedy Two and a Half Men.

Kutcher, who has over ten million followers on Twitter, tweeted a quote from Steve Jobs when he died last year, writing: “Design is not just what it looks like and feels like. Design is how it works. – Steve Jobs RIP.”

Kutcher, 34, is also known for his roles in The Butterfly Effect (2004), and more recently New Year’s Eve (2011), among several other big movies and television shows.

Meanwhile, Sony Pictures is also working on a Steve Jobs film, based on the popular official autobiography written by Walter Isaason, who will be appearing at the Royal Institution to give a one-off 90-minute talk on Wednesday 4 April.