Apple plans to build a 4.8-megawatt fuel cell facility in North Carolina to help power its Maiden data centre. The facility could begin generating as early as June.

Greensboro News & Record reports that on 28 March, Apple filed the plans with the North Carolina Utilities Commission. In the filing, Apple described the plant as having: “24 fuel cell systems on a single site adjacent to its data centre in Maiden, North Carolina. The Facility will be fuelled by Directed Biogas, a renewable energy source.”

In the filing, Apple said that the initial fuel cell systems may begin generating electricity as early as June, and anticipates that all of the systems will be operating by the end of November.

The facility will be the largest private fuel cell energy project, a non-polluting silent power plant that will generate electricity from hydrogen, claims News & Record. Apple’s filing describes that the facility will have 24 200-kilowatt alternating current (AC) all-electric fuel cell systems which will “sit on a common concrete pad out of doors” and produce “negligible air particulate emissions and significantly reduced carbon dioxide emissions”. 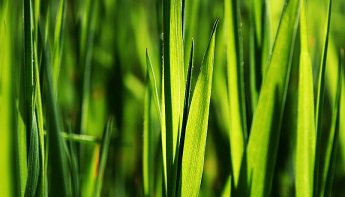 The more environmentally aware facility from Apple comes almost a year after Apple was criticised by Greenpeace for its North Carolina data centre, which was build to support iCloud and Siri. Greenpeace dubbed Apple part of ‘North Carolina’s dirty data triangle’ alongside Google and Facebook, which also have facilities in the area.

Since then, Apple has been trying to clean up its act, and also openly published an overview of its carbon footprint for 2011 in February.