Apple has been accused of false advertising in a second lawsuit over its Siri ads.

In March, we reported that a New York resident is suing Apple over Siri, the iPhone 4S’s voice activated assistant feature, saying that it doesn’t work as advertised. Now, a second complaint has been filed in the US District Court in Los Angeles, according to a report by The Register.

“Through its nationwide multimedia marketing campaign, Apple disseminates false and deceptive representations regarding the functionality of the Siri feature,” reads the complaint, which was filed by California resident David Jones and is represented by David Bower, managing partner of the Los Angeles office of the civil-litigation law firm Faruqi & Faruqi LLP.

“Defendant’s misrepresentations regarding the Siri Feature are misleading, false, reasonably likely to deceive and have deceived Plaintiff and members of the putative Class,” says the complaint. 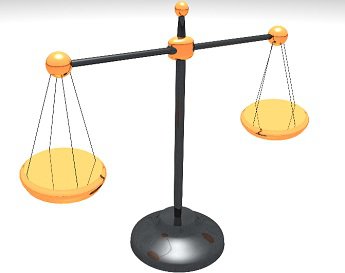 “Soon after purchasing his iPhone 4S, Plaintiff [Jones] discovered that the Siri Function did not work as advertised,” the complaint reads. “For example, Plaintiff would ask Siri for directions to a certain location, or to pinpoint a business, and Siri either would not understand what the Plaintiff askes, or, after a long wait, provided the wrong answer.”

Jones claims that this is not how the iPhone 4S’s assistant is advertised, as demonstrated in the complaint by a quote from Apple’s senior vice president of iOS software Scott Forstall’s. In a promotional iPhone 4S video, Fortstall describes Siri as: “this amazing assistant that listens to you, understands you, can answer your questions and can even accomplish tasks for you. A lot of devices can recognise the words you say, but the ability to understand what you mean and act on it, that’s the breakthrough with Siri.”

The complaint also points out that Apple doesn’t make it clear that Siri is in beta, leaving this information to the small print.

It’s not just residents that are complaining about Siri. Back in January, even one of Apple’s co-founders, Steve Wozniak, said that Siri is going down hill. “I used to ask Siri, ‘What are the five biggest lakes in California?’ and it would come back with the answer. Now it just misses. It gives me real estate listings. I used to ask, ‘What are the prime numbers greater than 87?’ and it would answer. Now instead of getting prime numbers, I get listings for prime rib, or prime real estate,” he said.