Spotify could be on the verge of announcing an app for the iPad – and not before time.

Speculation that the Swedish music-streaming service would create an iPad app has been circulating since its iPhone app first came out in the summer of 2009 and a special announcement by the company is due to take place on Wednesday.

A Swedish journalist this week posted an image (below) of what is supposedly the Spotify iPad app along with the caption: “It’s getting closer!”.

The image shows an overlapping pane interface that’ll be familiar if you use the Twitter iPad app. There’s a sidebar that has icons for Search, What’s New, Inbox, Playlists and Friends. At the bottom of the screen is a bar that shows you the track that is being played with controls for playing and pausing the music and skipping tracks. 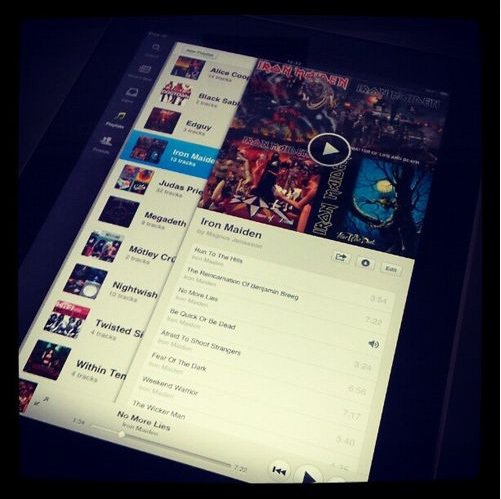 Spotify has an ‘Idea Exchange’ section on its community website and the most popular idea is an iPad app, so there is clearly demand for such an app. In February, the idea was listed as being ‘under consideration’ though this has since been changed to ‘planned’. However, Spotify has not made any official announcement about an iPad app.

Spotify’s announcement will take place in New York on Wednesday 18 April at 12 noon ET, which is 5pm BST. The service has only been available in the US since July 2011, but first came to the UK in February 2009.

Though Spotify’s iOS app is compatible with the iPad, it is a universal app designed to run on the iPhone, iPod touch and iPad.

Liquid metal to replace glass in next iPhone