Apple’s senior vice president of industrial design Jonathan Ive has been shortlisted as a British Visionary Innovator. He is up against the likes of inventor of the web Sir Tim Berners-Lee, industrial designer Sir James Dyson, and graffiti artist Banksy.

UK born Jony Ive is the leading designer behind a raft of Apple products including the iMac, Mac Book, Mac Pro, MacBook Air, iPod, iPhone, and the iPad. Ive was born in Chingford, London and holds a Bachelor of Arts and an honourary doctorate from Newcastle Polytechnic. He has been recognized with numerous design awards including being named Designer of the Year by the Design Museum London in 2003 and being awarded the title Royal Designer for Industry by The Royal Society of Arts. (More below)

Ive is also competing with Sir Tim Berners-Lee, Banksy and other innovators from business, science, art and design in the competition to find the UK’s favourite ‘British Visionary Innovator’.

As reported by our sister title ComputerWorld UK, the competition, run by the Intellectual Property Office to celebrate World Intellectual Property Day 2012, aims to celebrate people who have achieved considerable success or developed innovative products, services or designs. The current shortlist drawn up by the IP Office’s business outreach team is dominated by innovators in the technology and science space. 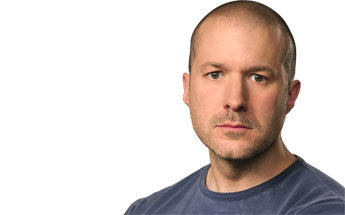 Also shortlisted is Michael Aldrich, who invented the origins of online shopping (Teleputer) and has worked on high-profile IT projects for the NHS, British Rail and Ford; James Goodfellow, who invented personal identification (PIN) technology and the cash machine (ATM); Sir Ian Wilmut, the scientist famous for his achievements in cloning Dolly the Sheep; Harry Potter author JK Rowling and TV producer Simon Cowell.

The shortlist is not exhaustive, however, and the public has been invited to nominate their own visionary innovator.

Voting has opened today and will end at 5pm on 24 April – cast your vote now.