Apple plans to use new lightweight liquid metal for its next-generation iPhone.

That’s according to Korea’s Electronic Times Internet, which says industry sources informed it that “the next flagship phones of the companies [Samsung and Apple] are expected to adopt unprecedented materials for their main bodies, that is, ceramic for the Galaxy S3 and liquid metal for iPhone 5, both being thin, light and highly resistant to external impacts.”

ETnews says that the iPhone 5 will be unveiled at the Worldwide Developers Conference in June, and the use of liquid metal will give the device an “outer surface smooth like liquid”.

This isn’t the first we’ve heard about the possibility of liquid metal appearing in Apple’s devices. 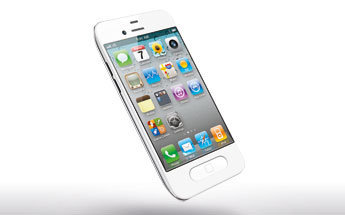 In 2010, it was reported that Apple was seeking a number of experts on amorphous metals, as the company planned to create hardware from newly licensed, super-durable custom metal alloy known as ‘Liquidmetal’.

According to that report, Apple paid at least $10.9 million in licensing fees to Liquidmetal Technology to use Liquidmetal exclusively in the field of electronics.