Statistics published by RetailSales show that Apple’s retail stores are the most successful on US high streets, with seventeen times more sales per square feet than the average retailer.

The data, which excludes online sales, reveals that Apple achieves more than double the amount of sales per square feet in the US than the runner-up, Tiffany & Co, who ranks second on the list.

RetailSales says in its report: “It is not surprising that Apple leads the pack…but it is quite shocking by how far ahead of the competition they are, especially considering the company only has 10 years of retail experience.” 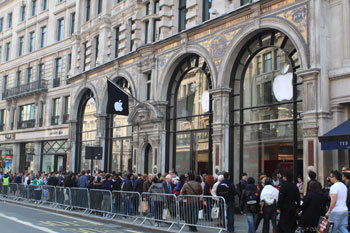 The secrets of the Apple Store’s success were recently revealed in a presentation by the Author of The Apple Experience.